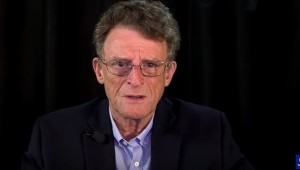 Good morning, I’m still reporting on: Tucker on Vegas Mysteries, 1844 Synopsis: Don’t hold out hopes that there will be any real investigation, or any turnaround in the current investigation. The Las Vegas mafia has this mass assassination of Trump supporters locked down and put to bed – unless Congress mounts a real investigation. Tammy Bruce, an excellent reporter herself, and Tucker summarize the many things we don’t know and likely will never know. [insert]b Interesting, I wonder how they are then going to explain it if the guy just never turns up at all? [insert] Tucker, we don’t care what his motive was.

That is THE most irrelevant question of them all. There are still HUGE questions if he was even alive when the shooting started. Let’s figure that out first. Were there explosive traces on his body and clothing consistent with the firing of those weapons? That’s #1

Question #2, where is the security camera footage. The Mandalay Bay is loaded with cameras. Having the casino try to argue that they can’t hand those over to law enforcement because they will be inevitably involved in lawsuits doesn’t cut it! The public has a right to know what happened and let the chips fall where they may on the Mandalay Bay. [insert] Conspiracy theories???

At this point, even the wildest conspiracy theory is an order of magnitude more plausible than the last – the 3rd revised timeline offered by the FBI through the NVPD. Quit trying to immunize yourself from the establishment who all too frequently uses the term “conspiracy theory” to silence anyone who would question the state’s answers which are obviously attempting to obscure the truth, not expose it. [insert] Yes, the shooter shot at him with a gun that fires about 11 rounds per second, and only hits him once – and then so insignificantly that he hangs around for how long to assist the cops? Then, doesn’t go to the Urgent Care for days, is it? Or does he go at all? No one has found the Urgent Care he supposedly went to? Oh, but that’s another conspiracy theory, eh?