Trump You Won’t See Me For A While, Be Extremely Mysterious To Direct Your Opponents Fate 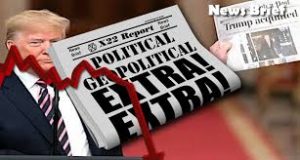 Ep. 2404b-Trump You Won’t See Me For A While, Be Extremely Mysterious To Direct Your Opponents Fate

Trump has told us the plan the entire time, we weren’t listening closely enough. Yes, he is going to bring down the entire system, yes he is going to make arrests, but first he will wake up America, and have the [DS] feel pain during the entire process. He is allowing them to be exposed to as many people as possible, he is going to attack them when the least expect it. He told us that he was going to go away for a while, he told us [JB] will probably be removed by the 25th Amendment. He said a long time ago he needed to the swamp. Everything is in motion and the [DS] are finished, last Phase.