published on Subject Politics, on February 16, 2017 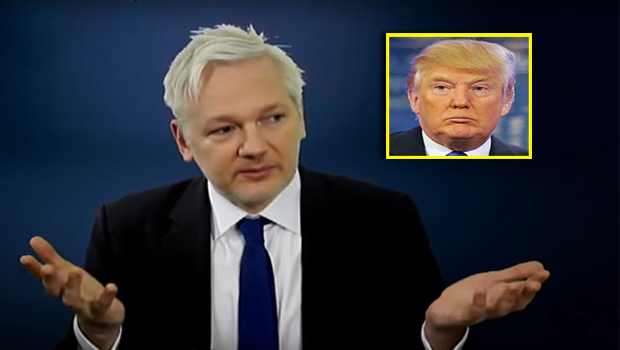 Julian Assange is finally back after weeks of silence and he addressed the “intelligence” community’s attempt to overthrow Trump!

Trump announced that he is AWARE of this SICK plot by the media and the CIA/FBI. Trump said General Flynn was betrayed by a high ranking “intelligence” official who spied on him and illegally leaked his private conversations to the press.

The media is already mocking Trump’s accusations, but Julian Assange just announced that it’s ALL TRUE! The “intelligence community” is trying to FORCE Trump out of office!

Assange wasn’t done there! He Tweeted again, this time saying he can release something and PROVE Trump is right and General Flynn is INNOCENT!

Assange Tweeted from the Wikileaks account asking for these alleged “private conversations” that forced General Flynn to resign.

If he gets them, he will publish through Wikileaks and prove Trump did NOTHING wrong!

He even made fun of the rumors of his death, which i’m sure were started by his enemies!