By Sean Davis and Mollie Hemingway, published on The Federalist, on September 24, 2020

Federal Bureau of Investigation (FBI) agents tasked by fired former Director James Comey to take down Donald Trump during and after the 2016 election were so concerned about the agency’s potentially illegal behavior that they purchased liability insurance to protect themselves less than two weeks before Trump was inaugurated president, previously hidden FBI text messages show. The explosive new communications and internal FBI notes were disclosed in federal court filings today from Sidney Powell, the attorney who heads Michael Flynn’s legal defense team.

“[W]e all went and purchased professional liability insurance,” one agent texted on Jan. 10, 2017, the same day CNN leaked details that then-President-elect Trump had been briefed by Comey about the bogus Christopher Steele dossier. That briefing of Trump was used as a pretext to legitimize the debunked dossier, which was funded by the Democratic National Committee and the Clinton campaign and compiled by a foreign intelligence officer who was working for a sanctioned Russian oligarch.

“Holy crap,” an agent responded. “All the analysts too?”

“Yep,” the first agent said. “All the folks at the Agency as well.”

“[C]an I ask who are the most likely litigators?” an agent responded. “[A]s far as potentially suing y’all[?]”

“[H]aha, who knows….I think [t]he concern when we got it was that there was a big leak at DOJ and the NYT among others was going to do a piece,” the first agent said.

While the names of the agents responsible for the texts are redacted, the legal filing from Powell, quoting communications from the Department of Justice (DOJ), states that the latest document production included handwritten notes and texts from Peter Strzok, Andrew McCabe, Lisa Page, and FBI analysts who worked on the FBI’s investigation of Flynn.

Agents also said they were worried about how a new attorney general might view the actions taken against Trump during the investigation. Shortly after then-Sen. Jeff Sessions (R-Ala.) was confirmed to be Trump’s new attorney general, congressional Democrats, media, and Obama holdovers within DOJ immediately moved to force Sessions to recuse himself from overseeing the department’s investigations against Trump.

“[T]he new AG might have some questions….then yada yada yada…we all get screwed,” one agent wrote.

The FBI agents also discussed how the investigation’s leadership was consumed with conspiracy theories rather than evidence.

“I’m tellying [sic] man, if this thing ever gets FOIA’d, there are going to be some tough questions asked,” one agent wrote. “[A]nd a great deal of those will be related to Brian having a scope way outside the boundaries of logic[.]”

“[REDACTED] is one of the worst offenders of the rabbit holes and conspiracy theories,” an agent texted. “This guy traveled with that guy, who put down 3rd guy as his visa sponsor. 3rd guy lives near a navy base, therefore…[.]”

Several texts show that the order to close the criminal investigation against Flynn came as early as Nov. 8, 2016, the same day as the 2016 presidential election. It was later re-opened in early January of 2017.

“We have some loose ends to tie up, and we all need to meet to discuss what to do with each case (he said shut down Razor),” one agent texted, referring to Crossfire Razor, the FBI’s internal code name for the investigation of Flynn.

The new disclosures made by DOJ also show that the FBI used so-called national security letters (NSLs) to spy on Flynn’s finances. Unlike traditional subpoenas, which require judicial review and approval before authorities can seize an innocent person’s property and information, NSLs are never independently reviewed by courts. One of the agents noted in a text message that the NSLs were just being used as a pretext by FBI leadership to buy time to find dirt on Flynn after the first investigation of him yielded no derogatory information.

“[T]he decision to NSL finances for Razor bought him time,” one agent said nearly two weeks after the initial order to shut down the anti-Flynn case. It is not known to whom the agent was referring in that text.

“Hahah this is a nightmare,” an agent said.

“If we’re working to close down the cases, I’m not sure what NSL results would do to help,” one agent wrote.

“[E]xactly that makes no sense,” an agent wrote back. The explosive new text messages also show agents believed the investigation was being run by FBI officials who were in the tank for Hillary Clinton.

“[D]oing all this election research – I think some of these guys want a [C]linton presidency,” one agent wrote on Aug. 11, shortly after the FBI opened the Crossfire Hurricane investigation against Trump.

In one series of texts sent the same day as the infamous Jan. 5 Oval Office meeting between Obama, Biden, Comey, Sally Yates, and Susan Rice, one agent admits that “Trump was right” when he tweeted that the FBI was delaying his briefings as incoming president so they could cook up evidence against him. As The Federalist first reported last May, that Jan. 5 meeting was the key to understanding the entire anti-Trump operation run out of Obama’s FBI.

“F,” the first agent wrote back.

“[W]hat’s the word on how [Obama’s] briefing went?” one agent asked, referring to the Jan. 5 meeting.

“Dont know but people here are scrambling for info to support certain things and its a mad house,” an FBI agent responded.

“[J]esus,” an agent wrote back. “[T]rump was right. [S]till not put together….why do we do this to ourselves. [W]hat is wrong with these people[?]? A week later, the FBI agents also wrote that they suspected that the illegal leak of top secret information about Flynn’s phone calls with Russian ambassador to the U.S. Sergei Kislyak to the news media came directly from the White House.

“FYI – someone leaked the Flynn calls with Kislyak to the WSJ,” the agent wrote.

“I’m sorry to hear that,” another FBI agent responded sarcastically. “I’ll resume my duties as Chief Morale Officer and rectify that.”

“It’s got to be someone on staff,” an agent wrote. “[Presidential Daily Briefing] staff. Or WH seniors.” To date, not a single person has been charged with illegally leaking that information to the Washington Post as a way of damaging Flynn and the incoming Trump administration.

Following a review of the federal government’s investigation by U.S. Attorney Jeff Jensen, which was ordered by Attorney General William Barr, the government moved to dismiss all charges against Flynn that had been previously brought by former Special Counsel Robert Mueller.

Documents unearthed during Jensen’s review showed that before the FBI was tasked by the Obama White House in early 2017 with re-targeting Flynn, the agency closed a previous investigation against him because there was no proof of any criminal wrongdoing. Jensen’s review also uncovered evidence that the FBI’s interview of Flynn, which later led to charges that he lied to FBI investigators, had no legal basis and that the FBI agents who interviewed Flynn did not believe that he had lied.

Contrary to claims by Mueller’s office that Flynn had lied about discussing financial sanctions against Russia during post-election phone calls with Russian Ambassador to the U.S. Sergei Kislyak, declassified transcripts of those conversations confirmed that Flynn spoke to Kislyak only about expulsions of Russian diplomats and that the two men never discussed financial sanctions against Russia that had previously been levied by the Obama administration. Jensen’s review of Flynn’s case file also revealed handwritten notes from the FBI’s top counterintelligence official that admitted a primary goal of the FBI’s anti-Flynn operation was “to get him to lie so we can prosecute him or get him fired.”

Despite the overwhelming evidence that Flynn did not lie to agents, the FBI had no legal basis to interview him, that the FBI later hid exculpatory documents from Flynn’s defense team, Flynn did not discuss financial sanctions during his phone calls with Kislyak, and the FBI agents who interviewed Flynn did not believe he lied, federal trial Judge Emmet G. Sullivan has refused to dismiss the case against Flynn.

Instead, Sullivan personally appointed a left-wing shadow prosecutor, whose partners represent former DOJ official Yates, to smear Flynn and attempt to continue the baseless criminal case against him. At one point last April, Sullivan even tried to order the DOJ to stop producing and publicly filing exculpatory evidence for Flynn or evidence of FBI misbehavior during its investigation of Flynn.

Sullivan, who called Flynn a traitor during court proceedings and suggested that Flynn — a decorated Army combat veteran — be charged with treason, has refused to recuse himself from the case despite his obvious personal animosity toward Flynn. 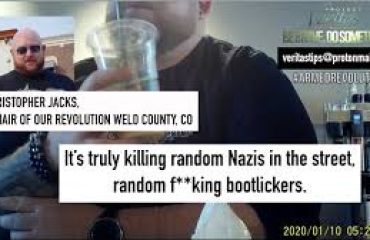 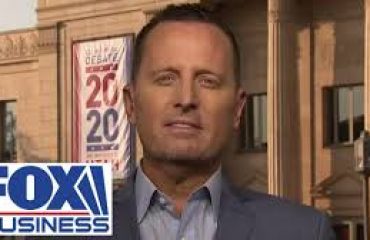