Trump: Putin ‘Very Smart’ to Not Retaliate over Obama Sanctions

Trump: Putin ‘Very Smart’ to Not Retaliate over Obama Sanctions

by Lee Stranahan, published on Breitbart, 2016 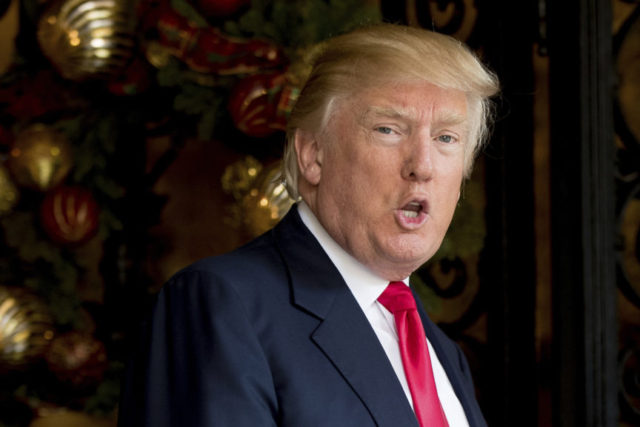 Donald Trump took to Twitter Friday to praise Vladimir Putin for his decision to delay his response to President Obama’s new sanctions against Russia for the country’s alleged interference in the 2016 U.S. election.

Russian President Vladimir Putin said Russia would not seek the expulsion of U.S. diplomats, but condemned the U.S. sanctions against Russia, calling them a “provocation aimed to further undermine Russian-American relations.”

President Obama’s retaliation, including the expulsion of 35 Russian diplomats, comes just three weeks shy of President-elect Donald Trump being sworn in as President.

Media outlets like NBC News have reported that the “CIA has concluded that the interference was intended to help Donald Trump win, and NBC News has reported that intelligence officials believe ‘with a high level of confidence’ that Putin was personally involved,” but neither the intelligence community nor the Obama administration has produced any substantive proof that clearly links the Russian government to the hacking.

Given Obama’s executive order of sanctions against Russia, the lack of public disclosure of any proven link between Russian intelligence or Vladimir Putin and the hacking is troubling, but adding to the lack of accountability is the fact that members of the House Intelligence committee have also been stonewalled by the Obama administration.

As Breitbart News reported on Thursday, a source with knowledge on this matter told Breitbart that members of the committee were told they had to wait for an Obama administration-ordered report to Congress to be issued first. Reuters reported that Senator Ron Johnson said, “It is disappointing that the CIA would provide information on this issue to the Washington Post and NBC but will not provide information to elected members of Congress” after being denied a briefing by the CIA.

Russia has repeatedly denied the hacking charges. At a press conference Thursday, a spokesman for Vladimir Putin called Obama’s executive order “unpredictable” and “aggressive” and said they believed the Obama administration’s action were meant “to further harm Russian-American ties, which are at a low point as it is, as well as, obviously, to deal a blow to the foreign policy plans of the incoming administration of the president-elect.”

President-elect Trump said many times during the election that he favored a better relationship with Russia, including working with them to defeat ISIS.

Lee Stranahan makes you smarter about the news every day with his free email newsletter The Stranahan Report; start your day smarter, sign up at Stranahan.com.