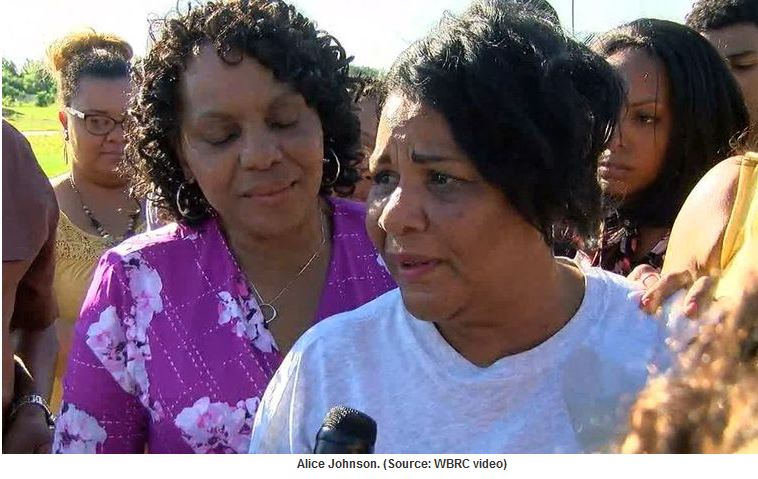 BZ: This is an email I received form a beautiful being HATJ, met while on her hotel tour of the country. We keep in touch. I have removed their name in case some want to exact reprisals against them for sending me this letter.

Alice Johnson, who was recently on all the news stations and was pardoned by President Trump, just left Aliceville. She was one prisoner among us and we all watched her leave to R&D. We heard the announcement on the speaker and then watched her walking off the compound. One day she was here and another day we are watching her on CNN, CNBC, Good Morning America and all local news stations.

We all tea red up applauding, laughing, screaming and cheering up as if we won a lottery! Good things rarely happen here and this was one of the most memorable events in the past 5 years of my jail life. It became loud and tumultuous every time she came up on the news. In comparison, it was more quite here on Christmas and New Year’s. On the day of her release, most people did not go to eat because they wanted to watch her on the news. Mainline (out cafeteria) was half empty and everybody talked about Trump commuting the sentence for Alice Johnson. Kim Kardashian
asked president Trump to pardon her after watching her Utube video that went viral.

What people do not know is that after she did the video and revealed the truth, she was sent to the SHU (segregation) and remained there for quite some time. In segregation you have to sit in a small single cell, with no commissary, no phone access, no communication to the outside world, no visits and no personals.

Yes, you do not even get shampoo or soap or anything for personal hygiene from commissary and that is a very animalistic way of punishing people. You have to wear orange jumpsuit, they take away all your clothes. When they pack up your belongings, any altered clothes they find in your possession they throw away so when you get out you have much less clothes returned to you. We all alter clothes here, make pillows and other “contraband” to make our existence more bearable.

This is how this system works. What goes on inside tall prison walls and barbed wire is not known to the outside world until somebody comes out and gets featured on the news. It was much needed. Alice Johnson was one of the brave ones to speak up and advocate for prison reform. As she said on the news, and we all hope, she will be a force and will play a role in the sentence and prison reform that is much needed in this country.

She was a first time offender like most of us here, detained on drug conspiracy (conspiracy charge is ONLY existent in the United States. It allows the government prosecute a person based only on a testimony of other people, no hard evidence is needed. It is the hardest charge to beat and the easiest to prosecute) and she had LIFE without parole for just having drugs! More than 60% of prison population are serving draconian sentences for drug related offenses.

Finally, they shed the light and magnified the problem in our criminal justice system. We all hope this will set a trend towards other future prison and sentence reforms. They need to address mandatory minimums. Thank you Alice Johnson for being an advocate and for not giving up hope. She inspired every single one of us. Thank you to Kim Kardashian for wanting to make a difference and thank you to Trump for listening and taking action.

There are more pardons yet to come. This is getting exciting.

On the sad note, Anthony Bourdain committed a suicide today and this was one show we liked to watch on Sunday evenings. Kate Spade killed herself yesterday. This life is full of uncertainty. Some people who have everything kill themselves and people who have absolutely nothing like Alice Johnson do not give up hope and keep fighting for others. Anthony Bourdain died at 61 and Alice Johnson came out of prison after serving almost 22 years at 63 and her life just started.