President Trump has created a new division within the Health and Human Services Office for Civil Rights, with the express purpose of banning mandatory vaccinations across the country, and ensuring citizens have a right to choose their own healthcare. 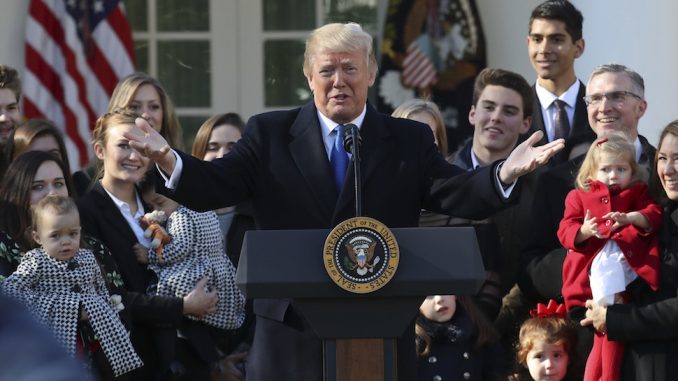 With the establishment of the Conscience and Religious Freedom Division division on Thursday, Trump has laid the groundwork to dismantle each and every vaccine mandate across the country. Big Pharma’s choke-hold on the nation’s health has been released.

If you don’t think this new division at the Health and Human Services Office is a big deal, it’s time to think again.

The Conscience and Religious Freedom Division gives many different groups a big tent under which to fight for our constitutional rights. Christians and libertarians, as well as freethinkers and people of other religious faiths, have a common interest in fighting against Big Pharma’s corrupt health establishment.

Mainstream media are desperate to keep this news quiet. They don’t want you to know that the president is working to ensure American citizens have a right to choose their own healthcare.

Here’s why this is such a BIG DEAL

Per BolenReport: The House Majority Leader, Kevin McCarthy (R – California) is one of the key figures who got this project over the line. Do you think he is unaware of the draconian mandatory vaccine law in California which took away religious and philosophical (conscience) exemptions?

This new division at HHS is a home run for all those who believe in liberty and health freedom.

In a press release put out on Thursday by the HHS Office for Civil Rights, Director Roger Severino said,

Law protecting religious freedom and conscience rights are just empty words on paper if they aren’t enforced.  No one should be forced to choose between helping sick people and living by one’s deepest moral or religious convictions, and the new division will help guarantee that victims of unlawful discrimination find justice.  For too long, governments big and small have treated conscience claims with hostility instead of protection, but change is coming and it begins here and now.

In an article for TownHall, House Majority Leader, Kevin McCarthy was very explicit.

In the past this office sent the message, now is not the time for freedom, it is time for you to conform.  What a difference one year makes.

Dr. Everett Piper of Oklahoma Wesleyan University echoed these comments and brought a laugh to the group by noting what a difference it was to be thanking Health and Human Services rather than suing them.

For too long too many of these healthcare practitioners have been bullied and discriminated against because of their religious beliefs and moral convictions leaving many of them to wonder whether they have a future in our healthcare system.  When faithful Americans are bullied out of the public square and out of public service, when bigotry is allowed to flourish, we all lose.

What about all those California parents living under the mandatory childhood vaccine law?  Aren’t their religious and conscience rights being violated?

President Trump has given us a tool to use against tyranny.  My dear brothers and sisters, it is time to pick up this weapon and use it against our common enemy.