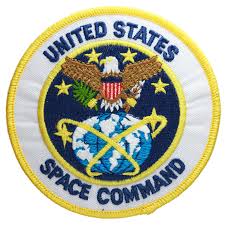 President Trump is expected to issue an order in the coming days establishing a Space Command to focus on space as a war-fighting domain, CNN reported Monday.

The news outlet cited three U.S. officials, and reported that Trump’s announcement will likely coincide with Vice President Pence visiting the Pentagon and the Kennedy Space Center in Florida this week. Pence is the chairman of the National Space Council.

The Space Command would align with the U.S. Central Command and Special Operations Command in stature. Those two bodies oversee military operations in the Middle East and special operations forces, respectively.

“In concert with President Trump’s vision to ensure American national security is as dominant in space as it is on Earth and in cyberspace, the Department is developing plans for the establishment of a US Space Command and a US Space Force,” Pentagon spokesman Joe Buccino told The Hill in a statement.

Deputy Secretary of Defense Patrick Shanahan also told reporters last week that he expected there would be some decisions on the Space Command “by the end of the year.”

Trump in June directed the Pentagon to “immediately begin the process necessary to establish a Space Force as the sixth branch of the armed forces.” He has periodically touted the issue in the months since and chants of “Space Force” broke out at some of his midterm campaign rallies.

The Department of Defense released a report in August detailing the specifics on how it will carry out Trump’s request to establish a Space Force by 2020. The report also called for the establishment of a U.S. Space Command.

The military already has a Space Command under the Air Force but the creation of a separate body would unify the activities and 30,000 personnel under it.

The report also laid out plans for the Pentagon to establish a Space Development Agency and establish a Space Operations Force to recruit, train and retain personnel such as engineers, scientists and intelligence experts.