Trump Just Launched the first Salvo at the IRS/Fed!!! 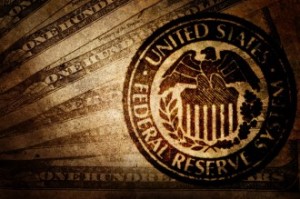 Trump Just Launched the first Salvo at the IRS/Fed!!!

Holy shit this is massive. I don’t think anybody caught this during today’s cabinet meeting but Trump just launched his opening Salvo against the Federal Reserve and the IRS!!!!

This private Corporation then loans the money to the US government with interest attached to it. Well, who pays the interest on the money the government borrows from the Federal Reserve? WE DO!!! the US taxpayer see the form of the income tax.

The Cliff Notes version? Trump is slowly putting the tariffs back in place to prepare for his battle against the Federal Reserve in the second term.

If he can slowly restore the Tariff structure of the US government and fund our government that way, then he can then go after the Federal Reserve and the IRS and they can’t do anything retaliatory to destroy the economy because we will have money coming in from import tariffs.

This is extremely important because Trump promised before he got elected that he would pay down the national debt before his eight years in office are over the only way to do so is to abolish the Federal Reserve. Watch this clip to from 34:39 to 35:22

Here are more links for futher info on the money system,

Special Thanks to commenter u/checkitoutmyfriend for the links!!

For those that need a refresher on our money system. Learn it, because it needs to go ASAP. We need……..

Greenbacks and notes, like Lincoln did before the Civil War. Payed off the debt and the cost of the war. Told the bankers to pack sand. (see Money Masters link below) I’ve been posting these links on every thread I find related to the money system. Enjoy!

Note the Swiss are trying to get cut their strings right now. See last two links below.

Money Masters 1800 – Bill Still – This starts at a part about Lincoln/Civil War funding, but the entire vid is worth watching.

Hidden Secrets of Money – episode 4. – 30mins. The rest of the series is good to.

You have NO choice – George Carlin – 3min

The Value of the Dollar over time.

The Federal Reserve Act of 1913

The Federal Reserve – All the things

BANKS, SHAREHOLDERS, AND OWNERS OF THE FEDERAL RESERVE SYSTEM

Read this one too. The National Economic Stabilization and Recovery Act – NESARA by Harvey Francis Barnard. The actual bill, not the scam…… This bill was never brought to the floor. Few other than Rand Paul even considered it. I feel it is something we should look at very hard.

And finally, The Swiss are trying to remove Central banks from their country right now.