#HATJ: Trump and the 2018 midterms: the most impressive moves in modern politics

BZ: I sent this to HATJ here was her two emails back to me.

with a few exceptions, that are playing out now…it is a very accurate, true, and correct summary of the “local” moves 🙂

all blocks to data flow are being systematically removed 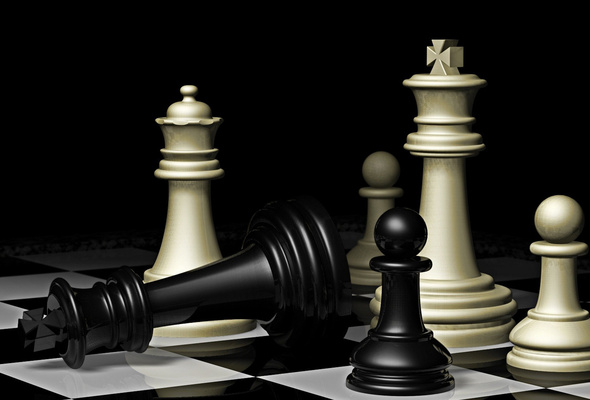 Trump and the 2018 midterms: the most impressive moves in modern politics

Do you play chess?

Chess is about implementing a general strategy to neutralize the opponent’s king. As the game moves forward, this strategy is adjusted with sub-strategies triggered by the opponent’s responses.

As you can see, this is not a monolithic process. The opponent is “alive” and generates responses that challenge the general strategy. Good chess players are able to forecast a wide range of possible countermoves and have already prepared their corresponding responses. Until checkmate…

This implies it is critical that the opponent does not know the general strategy. One way to conceal it is to draw his attention on sub strategies, shiny objects and sacrificed pieces so that he progressively “drowns” into the general strategy he did not see coming.

Q2453 While we cannot telegraph everything, for reasons all can understand, we do try in our own way to inform loyal Anons & Patriots.

For this very reason, it is sometimes difficult for the general audience watching a chess game to determine who is really winning. A player may decide to let go positions or pieces that, at first analysis, could be read as a retreat or a partial defeat when, in fact, this becomes the very reason he ultimately wins the game.

To a certain extent, a military plan is similar. Intelligence about the opponent helps write the general strategy and moves are adjusted when this intel is analyzed in conjunction with the opponent’s countermoves. Then, like a musical piece, different types of forces are engaged on the battlefield at times that are well pre-determined: we first fly our reconnaissance aircraft from the north as a decoy, then we bomb with our jetfighters from the east, then we take the south coast with our ships, then we invade with ground troops from the north. And of course, while doing this, we call for peace on CNN…

In this post, I introduced you to Moses Trump and how he defeated Pharaoh and his magicians with his staff. Did you catch that the next day, Trump tweeted about Ben Stein saying this?

What was Trump’s secret goal behind this very rare midterm win he was able to pull off?

Let’s read Q2444. Img1. We are informed the strategy was 1) to take full control of the Senate to ensure Supreme Court and Cabinet confirmations (the Kavanaugh episode and the future replacement of Sessions confirm the pertinence of this option), 2) to neutralize Congress with the DECLAS sword of Damocles hanging over the head of those in power there. For this very reason, we want their most compromised individuals to be in charge and chair the House Committees. This is why the Maestro tweeted this. If these individuals are in control, they are FISA-neutralized. If they are not, the Democratic party implodes. Zugzwang. link1 link2.

2.The Sub-strategies and Shiny Objects.

Let’s read Q2445. Img2. As you can see, our excellent Gowdy and Goodlatte respectively chaired the House Oversight and Government Reform Committee and the House Judiciary Committee. They used these first 2 years to take the ball to the 10 yard line: they have reached an agreement with the DOJ to access the documents allowing the understanding of the decisions made by the DOJ in 2016 and 2017. When this was secured, they resigned. Why? Because they were in the know. Do you see this House>>>Senate? This is Q telling you the attack playbook led by Grassley is now taking over for touchdown. The first 2 years of Trump’s presidency were used by the Republican Congress to prepare all the documentation and agreements with the DOJ for a post midterm Senate takeover. The Senate would then have 2 years to score its touchdown whenever it chooses to. Check. Gowdy and Goodlatte knew the Senate would take over and that a post midterm Dem Congress would be powerless, useless and besieged by a renewed DOJ, a FISA sword of Damocles hanging and an informed Republican Senate. Their resignation is a stellar proof that controlling the Senate and transforming Congress into an empty shell was the strategy all along. Brilliant.

Do you now see the Mueller probe and subsequently Congress were the shiny objects? Do you see Trump can, should it pleases him, declassify FISA any time before January and Dems will never get to enjoy “their” Congress? They wrongly thought Mueller was Trump’s number one concern and he helped them tremendously holding to this fantasy by keeping Sessions and Rosenstein around. But then, when he was able to secure the Senate after a marathon campaign only he can physically sustain, he said this: 38:22-39:50. Amazing stuff. Trump says he could stop all this but he won’t. Even with a Dem Congress. Why? Because there is nothing there and putting Rosenstein on the bench while taking control of the Mueller probe was as easy as accepting Sessions’ resignation and appointing Whitaker as Acting AG. A date stamp here, a signature there. Done. Hahaha! The Dems did not see this coming. And this is why they are now going crazy. Buckle up.

Img3 Building the FISA case would not have been possible if Flynn did not take the bullet to draw enough attention for Congress to investigate:

Q1282 Lawmakers go hunting? What is the purpose of a laser pointer? You have more than you know. Comms understood? Q
Q1296 Flynn pleads guilty to none committed crime?

When these investigations occurred and the case became clear for a post midterm fortified Senate takeover, Gowdy and Goodlatte could safely resign:

Then, when Dems thought they could take control of the Mueller probe through Rosenstein after winning the House, Trump accepted Sessions’ resignation and appointed Whitaker:

Q2452 Thank you for your service to our Country, Mr. Jeff Sessions! Your sacrifices will never be forgotten. Q+

When the Dems realized how Trump played them, letting them spend billions of dollars to control Congress and end up with an empty shell, they asked for Whitaker’s recusal. Well… Nnnnnno:

This Whitaker move is pure beauty. As long as Rosenstein was taking advantage of Sessions’ recusal overseeing the Russian probe, the line of communication between the DOJ and Congress was what Rosenstein wanted it to be. Dems knew this very well and this is why they needed him around, strongly voted him in and extensively pushed for him to remain in his position. Now that Whitaker is in charge, it’s a whole new ball game:

What happens when you are a lousy and emotional chess player, thought you would win the game and have been schooled? This happens: video. Did you notice at 0:29 where the loser claimed the piece was in another position? These are the multiple recounts dems want in a desperate attempt to change the outcome of the midterms…

Well, it appears Q’s Plan already knew their countermove after they realized they were defeated was to show their artistic skills and start drawing red lines on the floor. It’s right here:

Q2458 RED LINE ON THE ANNIVERSARY OF RED OCTOBER? NOW WHAT ARE THE ODDS OF THAT? Q

Next move before checkmate? What Branch is in charge of ultimately verifying if the Law is interpreted correctly? Yes, the Judicial Branch. And who confirms the presidential appointments for the Judicial Branch? Yes, the Senate. You see? We went full circle. It now seems to be the perfect time for Q to remind us of the conditions under which martial law can be applied:

Q2460 “..or in response to chaos associated with protests and mob action,” Article 1, Section 9 of the US Constitution states, “The Privilege of the Writ of Habeas Corpus shall not be suspended, unless when in Cases of Rebellion or Invasion the public Safety may require it.” Q