Subject: RE: Trump Administration Asks for Comments on Chil

February 7, 2017, all universal seals were broken in order to let that toxicity flow for dissipation, and final removal…

Trump Administration Asks for Comments on Child Sex Trafficking in Foster Care System
By Patrick Howley, published on The Epoch Times, on October 4, 2019 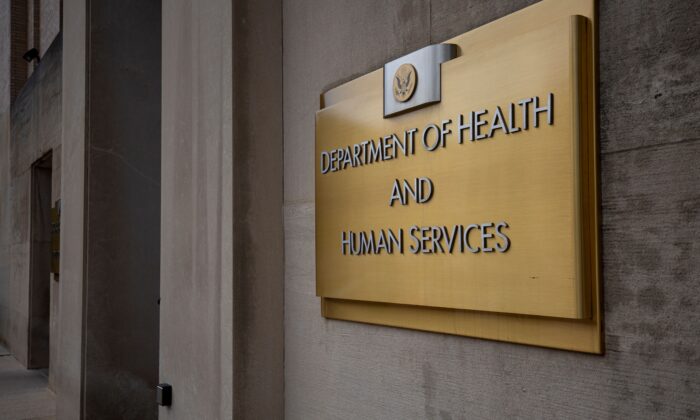 The US Department of Health and Human Services building is seen in Washington, DC, on July 22, 2019. (Photo by Alastair Pike / AFP) (Photo credit should read ALASTAIR PIKE/AFP/Getty Images)

WASHINGTON—The Trump administration’s Department of Health and Human Services is putting out a call for whistleblowers and concerned citizens to come forward to discuss child sex trafficking in the foster care system.

“The National Advisory Committee on the Sex Trafficking of Children in Youth in the United States has discussed vulnerabilities of children and youth who have interacted with foster care systems and is working on recommendations for professionals in these settings. We encourage everyone with specific ideas or recommendations to submit them in writing for the members’ consideration: https://www.acf.hhs.gov/otip/resource/nacpublic18,” the Committee exclusively told The Epoch Times on Friday, Oct. 4, the day the Committee held a public meeting on ways to combat child sex trafficking.

“If you have comments for the Committee, contact adonald@nhttac.org,” the committee’s official comments page states.

The Committee held its meeting in Alexandria, Virginia on the same day that parents staged a rally at the California state capitol in Sacramento to speak out against Child Protective Services (CPS), alleging widespread abuse and corruption in the CPS system.

The Epoch Times reported that the Adoption and Safe Families Act (ASFA), spearheaded by Hillary Clinton and signed into law in 1997 by her husband President Bill Clinton, created a program by which the federal government sends incentive checks to states for each child adopted out of foster care—with mandatory adoptions occurring when a child has been in foster care for 15 of the past 22 months.

The state of California, which officially labels all missing foster care children as “runaways,” has been rocked by allegations of child sex abuse in the Contra Costa County foster care system. The State Department’s 2019 human trafficking report stated that “in the United States, traffickers prey upon children in the foster care system.” President Donald Trump’s Family First Prevention and Services Act, which eliminates some financial incentives for removing children from their biological families, went into effect on Oct. 1 but some advocates say the law does not go far enough.

Public comments already started flowing in ahead of Friday’s meeting.

“As an advocate for families and children, financial incentives pose a big problem to the already broken family court system and their unethical practices,” citizen Amy Betts said in a public comment published by HHS. “Jurisdiction as defined, is not followed by these state run family courts. Including that they violate rights daily through use of their unethical and fraudulent activities that they currently use to incentivize the state and its funding. Children are taken from fit families, including through fraudulent orders by the state run family courts.

“Through the use of ‘Hague Conventions’ stated in the fraudulent orders being created, these courts take and keep children from their families-putting them in worse situations than they were taken from. Many of these children run away, and have issues stemming from the abuses that have been created by these family courts, who through the assistance of DHHS, CPS, and other state run agencies, power goes unchecked and children and families lives are destroyed.

“This is where the majority of your trafficking victims come from. When wrongdoing is proven by way of these state courts and administrative agencies, there is then no recourse for the victims.”

“Reform the State run Family Courts! Stop incentivizing the states and these agencies through taking children and placing them in foster care and adopted homes! Assistance must be to the biological families. And abusers must be held accountable. Counseling (and forgiveness) will not change the actions of those causing harm.

“Without accountability, the abusers understand that they get to continue with what they are doing, then learn new ways to hide behind the law and continue with their fraudulent practices. There are many families, including children that suffer,” Betts stated in her comment.

“Our agencies and our foster care system has shown the wide range of outcomes for children in foster care,” stated citizen Devra Waterman and others, who submitted the same letter calling for teenagers in foster care to be allowed to return to their families if they wish. “For those who struggle to find a safe place within the system, their outcomes are dismal. Homelessness, joblessness, drug use, prostitution and without family reunification, lacking any support when they age out of foster care. Many adoptive and foster children do not find a permanent place with their adoptive or foster parents. Often, the relationship ends when they age out of the system.”

“I ask you not to wait. I ask you to implement this simple policy to allow older children subjected to foster care to be able to request and voice their desire to return to the safe family member with support from state agencies to provide the reunification for families nationwide while reducing the number of runaways and sex trafficked foster kids,” Waterman and others said.