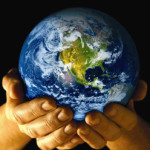 TOMORROW’S WORLD
By Trevor Osborne, originally envisioned and published in 1995

The following vision of tomorrow’s world is based on current research, observation,insight and experience derived from many diverse sources. It includes knowledge of some of the most up-to-date and practical new technologies and methodologies that will permit us to transform the way we live in very beneficial ways in quite a short time.

The time period is our near future.

The world we live in bears little resemblance to the world we knew in times before the 21st century. It is a joyful, exciting planet on which humanity is united and living in harmony with nature – not against it as we did in the past.

The stresses of daily life have been relieved because of changes made in society’s belief systems that allow similarities and differences between us to be recognised and accepted.

The eco-system is becoming more park-like and many of the former desert areas are flourishing as they once did in our distant past. Many people live in country and remote areas because the world’s energy needs are supplied from a source that was only recognised towards the end of the 20th century.

This new energy is known as Zero Point Energy (ZPE). ZPE is inexpensive, inexhaustible, non-polluting, portable, and is derived from zero-point fluctuations – a totally natural source that is accessible throughout the universe.

A by-product of this energy is commonly known as “anti-gravity”, or more accurately, “gravity control”. Noiseless gravity control vehicles travel safely at super-high speeds over land and water. They are guided by on-board navigational systems and utilise ZPE as their fuel. Personal vehicles of this type allow people to travel swiftly anywhere on the planet.

Petroleum oil and black coal are used for manufacturing raw materials to produce building and other materials all of which are fully recyclable.

For example, a simulated “superwood” that was developed in the late 1990’s is in common use that looks and feels like natural timber but is superior. Additionally, we now grow a new non-food crop called Arigum that was developed from a desert weed . It produces a renewable source of chemicals that were previously obtained from fossil resources such as oil and coal. Accordingly, we are in the final stages of phasing out the use of these fossil fuel resources.

All waste products are either recycled or used for other productive purposes that are themselves recyclable. Land and water are clean and pure – thanks to the microbiological, chemical exchange and electromagnetic technologies that were pioneered in the 1990’s. Nuclear power is no longer used and all radioactive wastes have been neutralized or otherwise made safe by technologies that were developed for this purpose.

The non-limiting, resource-based support system allows people to live their lives the way they want to whilst being of service to others – without the “old tool” of money. The resources that people need to fulfill their life purposes are automatically flowed to them – the way sap flows in plants to supply nutrients where they are needed (see Strawberry Patch Model ).

Food and wealth are evenly distributed throughout the planet. There are no scarcities – there is enough for everyone’s needs. This has resulted from the new support system, automated manufacturing systems, abundance of clean energy, fast efficient transportation, and above all, society’s new attitude towards peace, goodwill and inter-cooperation. With the advent of ZPE, huge irrigation projects have been built utilizing desalinated seawater that allow food and vegetation to be grown in formerly non-productive areas.

Farmland soils have been replenished with concentrated humus made from brown coal, mineral rich volcanic rock dust, and compost from recycled waste. Chemical fertilizers are not used the way they once were. They have largely been replaced with applications of the volcanic rock dust mixed with soil microbes that convert atmospheric nitrogen into nitrates and break down organic matter into humus. A system of multiple cropping and other proven practices are in common use, allowing plants to flourish in symbiotic ways that minimize pest and disease attack. Salinity is no longer a problem. It was resolved with a combination of technology, pure water irrigation, natural soil management and tree planting.

Forests of the world have largely been re-planted and many species of native fauna and flora are re-established in their native habitats. Large plantation forests, including a specially selected variety of Paulownia trees, produce all the timber society needs while converting carbon dioxide much more efficiently into oxygen than did the trees of old.

These plantations include companion plants that are symbiotic with the trees and support other life forms that are spreading in a natural balanced fashion.

Weather patterns have moderated and global warming has ceased because fossil and organic fuels are no longer used and vegetation levels have been brought into balance once again.

Population growth has slowed and decentralized. Many people have moved from city environments into areas that were formerly considered uninhabitable or too remote.

Governing bodies are exclusively serving bodies rather than ruling bodies of days gone by. The people have much more of a say on important issues
and proposals via the means of “electronic voting” which has replaced the old ballot-paper system.

Education is primarily focused on developing the student’s natural abilities. Personal growth and well-being are priorities and support is given, when and where needed, to accomplish this. It is seen that no “one way” is right – so alternatives and/or variations of ideas are always presented as options.

Artists are able to perform with the confidence that they are always supported in their chosen endeavors. Plentiful leisure time is available, making it possible for everyone to appreciate and/or participate in their favorite form of art or recreation.

Everyone has a state of personal health and fitness that could only be dreamed of in the past. This resulted primarily from practices that focus on health creation rather than disease suppression.

Crime is largely a thing of the past. This has come about primarily because of the positive changes in personal and collective attitudes.

Additionally, because of the mutual support system, no one has to “go without” as there are no scarcities. Therefore, why would anyone want to steal something if they have the right to use it at any time?

The military has been transformed into Earth Repair and Rescue Units.

Pease feel free to share the above with whomever you are guided.