Transparency is The Litmus Test of Living and Breathing Cosmic Law

Transparency is The Litmus Test of Living and Breathing Cosmic Law

BZ has a conversation with James McManis about Love, Cosmic Law and Transparency which are all One in Absolute

A Big hug of thanks to “Foxy Roxy”, Roxanne Hull from Australia who transcribed the conversation.

Transcription of Transparency is the Litmus Test of Living and Breathing Cosmic Law:

BZ has a conversation with James McManus about Love, Cosmic Law and Transparency which are all One in Absolute.

BZ: Hi. I’m BZ Riger and I’m speaking with James McManus. We’re gonna have a little conversation about transparency and Cosmic Law, the whole energy and shift where we’re all as the One People are moving forward to. Hi James.

James: Hi BZ. How you doing

BZ: I’m great, thanks. So when we were talking you had mentioned to me, which lit up as a title on blogtalk, transparency is the litmus test of living and breathing Cosmic Law, and that’s why we’re here having this conversation. So I’d love for you to kind of take us through that a little bit as it relates to all that we’ve been going through with OPPT and the I/UV and where we are now.

James: Wonderful, and as I begin, I want to thank you for the opportunity for creating this space for me. The place for me to begin is with my understanding. So all of this is going to be my understanding and I’m not speaking for anybody else. I’m simply speaking as I have taken this in, so I wanna go to share, for me, the importance of how Heather Tucci did what she did. I think that’s a good place for us to get into the relationship between transparency and Cosmic Law.

My understanding about what happened with the planet, not what Gaia herself, but which humanity, is humanity went through something that’s called The Fall and it was, let us say, a fall from grace. Also fall from transparency itself. And what I, how I see Heather acting in her BE’ingness is that Heather stood as Cosmic Law and saw through human law. What happened in The Fall is that humanity left the following of Cosmic Law and began to develop its own law, so that is what we know as separation.

There was a whole matrix, a whole system of what is called human law that humanity was led to follow and that was divided up into two groups: the masters and the slaves. Heather, from her place inside of Cosmic Law, was able to see through that and many many many light workers have been bumping their heads up against it in working on it and working through it and fighting it, not owning it and all of that. Her brilliance and her genius was to peer clear through human law from the perspective and point of view of Cosmic Law.

Her way, I don’t know exactly, her languaging but I can use some of the words that are important to her. Her phrase about Eternal Essence Absolute for me is the same exact way of talking about Cosmic Law that I’m talking about. I would say that she, in her Eternal Essence Absolute, saw through the non-validity, the discord of human law and restored the possibility, the potentiality, the time for Cosmic Law to be reinstituted on the human plane, on Gaia.

That time had come and she was simply the instrument and the messenger. She had this marvellous capacity, all of the training and law, all the practice as a prosecutor and so on. Then she began to speak and she saw through it and immediately many many light workers, as soon as it was published could see, I myself was one of them; I rejoiced. Here was this brilliant woman, who had effectively taken human law away.

We no longer had to look through the shadows and obfuscation and everything that human law is. We could breathe now, we came to remember our origins and expression of Cosmic Law. So my point of view about Cosmic Law is that Cosmic Law is one and the same as Love itself, that there is only love. Now that’s the Teaching, all the good teachers teach that. We are being restored to our own dignity, as expressions, as outpourings of Cosmic Law itself. That’s what’s taking place widely on the planet right now among the light workers. The light workers, I would say the first order of BE’ings, the first ones that are reawakening, that this Cosmic Law itself that is the ascension process. When we live and breathe Cosmic Law, we are transparent by fact, by reality. We are completely telepathic, there’s no need, there’s no capacity for obfuscation. There’s no deceit or lying or waiting. We are, everyone knows everything that he or she needs to know at anytime. It’s all completely transparent. So we are moving now very quickly in under, along in that direction to the return to this wonderful, open, in the immediate Now transparency that everyone is feeling the need for in his or her hearts.

Just how this transparency gets accomplished, it’s through living in your heart. You of course use your intelligence, but the intellect is a servant of the heart and not the other way around. The Fall was about people beginning to use the intellect and then the heart centre closed and like a theological or a spiritual way of discussing that, the divine mother left. She receded from everybody’s awareness because we, the way to be transparent is to live in your heart. The way to be transparent is to BE the Love that you are balanced with the power that you are which is the father, and the wisdom which you are which is the mother so that’s the heart plane, those are three aspects to the heart plane: love, wisdom and power and they’re all in balance. Absolute produces transparency and we don’t need to know all the technical things, all we need to do is know very well if we’re in our hearts or if we’re not, especially in the light worker community at this time.

BZ: It seems to me that, as you say all of that, when people encounter this brief conversation, that right in that moment they can have the discernment and the resonance, whether it appears or not for them, and have a direct experience of knowing right in the moment of your words, the sound of your voice, the energy that’s carried through, my voice as well, how are they connecting with that? Are they connecting with this from their heart and then how did they reflect on everything that’s going on in their world, in their own personal

Eternal Essence embodied right this moment and all those around them and then on a global and universal scale as well? Transparency is a word that’s come up a lot with Heather, around OPPT, in general these days when we might look at the PTW, or we’re having conversations with friends, neighbours, anyone. One of the reasons that the kind of phrase that you mentioned lit up for me, this is a way for everybody to start having this conversation in their own heart to begin with of what is transparency for them and how they encounter it with others and as things are moving really really fast now, how they can acknowledge that transparency IS so along with Universal Law which IS Love, there’s only Love, and bring it into a way of knowing as opposed to an intellectual exercise, so what would you say along those lines?

James: So the first thing for me to say is that transparency and love itself and Cosmic Law are three ways of saying the same thing, so that would be a good starting place. Now your head can’t know that, because if you think in your head of course transparency and Cosmic Law and Love are two very different things so what are you talking about. We’re not talking from the head space, we’re talking from the heart space.

We are in the process of transitioning from the headspace where we can make any kind of discrimination about anything. We need to know this now, they need to know this now, it’s time for this to be said now. We’re gonna wait to say that because we have all been ruled, the enslavement process itself has taken place through secrecy, through hiding things. Hiding what? Hiding that each of us fully embodies Cosmic Law, that each of us is Eternal Essence. Anybody that knows that about himself or herself isn’t gonna get hoodwinked. So we’re in the process of moving from our heads to our hearts and it’s a process. As you’re saying it, the wonderful thing about it right now is that it’s moving at warp speed. So transparency, when we know in our hearts that transparency and Cosmic Law and Love are one and the same thing, no light worker worth her or his salt is going to choose against transparency because you have chosen by that fact against BE’ing Love itself, you have chosen by that fact against living and breathing Cosmic Law.

The portal for humanity to return inside of BEing and living and breathing Cosmic Law itself, that portal has been opened, it was opened on the 19th of May and we rejoice in that. So we are there and all the light workers are going to be creating sighs of relief because there aren’t any more secrets. You go in your hearts, there’s nothing that you can’t know that you need to know, that’s relevant to your own purpose, to the fulfilment of your own divine plan as it relates to you yourself, as it relates to the planet, as it relates to Gaia, as it relates to the solar system. There’s nothing that isn’t revealed immediately. All you have to do is ask and that’s transparency right there. Cosmic Law…

James: …giving you everything you need to know. So the challenge is to really trust that we can have access to all of this within our own hearts.

BZ: Absolutely. It brings to mind two things that Heather has often said: one is ask yourself ‘What do I know?’ and the other is, which is a wondrous song she is singing a lot right this moment and that is Imagine Absent Limits and DO and BE what you imagine, and create Absent Limits. So terrific. Thank you very much James. 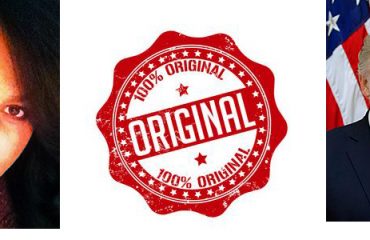 #UniversalCleanUp #MAGA NOTICE OF FILING 5TH AND FINAL NOTICE STANDING PRAECIPE, DECLARATION OF DUE CAUSE, AND JUDGMENT AND ORDER OF DISMISSAL