Toward a Two-Tier Money System and Money Created for The Private Side
by Winston Shrout, published on http://nebula.wsimg.com 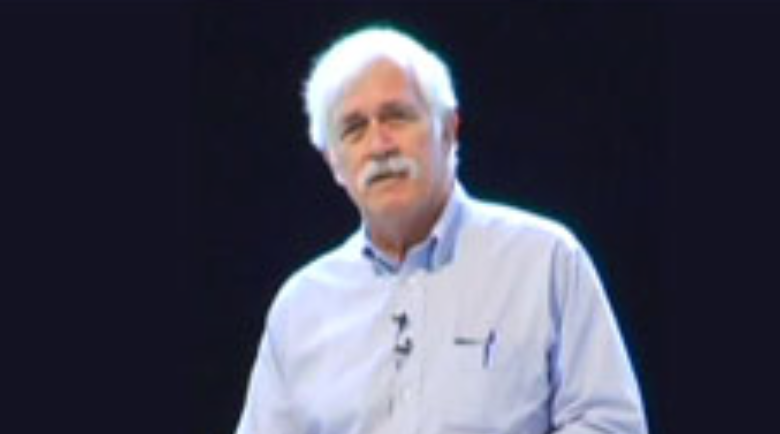 Yep, we are still thinking and trying to advance toward a ‘spiritual awakening’ with money. I suppose we are stuck with that, at least for the time being. But it won’t always be so. Some us who do ‘forward thinking’ envision what the natural end will be as we evolve into a 5th dimensional world. It is the details and interim steps which give us the headaches. It appears that most have worked their way logically through the Federal Reserve Note swamp, and are willing to consider something else. So, hopefully I don’t need to go back over that.First of all, then, let’s do a bit of analysis of a two-tiered monetary system which we anticipate going into as we expect to be ushered into a‘new’ republic form of government.

Well we are going into a two-tiered monetary system in this country. And perhaps if we can successfully demonstrate the viability of that, then other countries might even adopt that same method. Just for a historical moment here let’s look back at a two-tiered situation that might be profitable for examination. In former times,we had a division between commerce and trade. What the ‘king’ did was called commerce. What the merchants did was called trade, and as the word trade denotes, we are talking about ‘something for something’. The jurisdiction for the kings’ commerce was called the Admiralty. The jurisdiction for the trade of merchants was called Maritime. And both Admiralty and Maritime had their own court system to deal with any problems. But then as things went along, the merchants subrogated their system to the kings’ commerce when the merchants forsook their own monetary system and merged with the king. This destroyed the two-tiered monetary system which operated for so long. … and we see the results of that.

TIER ONE.
Without going back over what I have presented so many times in the past about the military-backed interim government or what some refer to as the ‘New Republic’, let’s review the money associated with this NR. Early in 2015 as the interim situation was moving into existence, there was an immediate concern … no money. And to complicate matters was the international monetary requirements of the Basel III agreements which, in essence, demanded that any national currency to viable for international trade, it had to be substance backed … in particular gold-backed.

To facilitate the NR, some of the Chinese elders gave the equivalent of $200B in gold bullion to the effort. So, with gold on hand so as to comply with international demand, the interim NR created a new currency called Treasury Reserve Notes. And they started to trade these TRNs on the currency markets in the summer of 2015 up to the present time I would imagine. At that point, the NR could start to interchange commercially internationally. What the volume or accounting for all of that is, is way beyond my knowledge … just that it happened and is happening.

But the TRNs are not for general use in the day to day commerce of people and businesses. It is totally government level money. Even though this new currency existed, the public was still using the faulty FRNs, and are up until the present time (or at least till now unless things change between this writing and the introduction of the new money which we expect to be introduced any day now).

TIER TWO
This reference to ‘tier two’ money means money that is for use not by government but by people and businesses. Basically, we are reversing history by putting the ‘king’ in one place/jurisdiction and the people and merchants in another place/jurisdiction because of the type of money used. And I will shortly point out how the two will have to interact for commercial viability as the merchant and manufacturers want to do International commerce. What is proposed is the creation of United States Notes to be issued by the new US Treasury. And these USNs would be for exclusive use domestically.

I am sure that a lot of ‘old hands’ are going to immediately ask: are the USNs gold backed? I would answer yes and no. The ‘yes’ part I will go into shortly, but the ‘no’ part I will simply just ask:
why would they need to be gold backed?
If they are exclusive to domestic use, why would the USNs have to comply with the Basel III? If the USNs are only for domestic use and won’t be traded internationally then Basel III is not a consideration.

INTERFACE
… the ‘yes’ from above.
So, what if ABC company wants to sell their widgets to China? The widgets were manufactured in the US. The materials to build the widgets were paid for with USNs. The workers who built the widgets were paid in USNs. So, how are these widgets going to end up with Chinese consumers if the widget is totally the results of USNs? Here is where I envision the TRNs coming into play. The USN value would have to translated into TRN value for the international transaction. When the Chinese consumer pays for the widget, and the profit is sent back to the ABC company in the US, then from Chinese value to USN value, again there would have to be a formula in place using the TRN. The volume of international trading of widgets would be only restricted by the availability for use/transfer by TRNs. Of course, once the transaction is completed, the TRN which was locked into that transaction would be immediately freed up for the next transaction … zero liability attached to the TRN upon ‘execution’ of the contract. And once the government gets an idea of how many TRNs are actually needed for the volume of international commerce, the government can simply create that amount of TRNs … no need for more.

And hey, we have computers now which can figure this all out in micro-seconds.

With this model in place, is there any ceiling for the amount of USNs in use domestically? If the restriction to be gold-backed removed, then domestically there is no limit to the amount of USNs which could be put into circulation. Obviously then, within the US prosperity would not depend on the relative value of the TRN to other world’s currencies if the TRN is simply being used as a transfer agent for the values created by the use of the USNs. In my estimation, this will create a consumer driven demand for “Made in the USA” to be on most of the products. Will that consumer driven demand bring prosperity to a failing economy? How long will it take to lift the US workers out of the dumping ground created by the international slave-labor products with which the US worker cannot compete? Will we see the ‘Mom and Pop’ operations spring back into existence. Will WalMart, Costco, and the like have to suffer a downsizing? Will the consumer demand better quality products rather than the cheap plastic imports?

CAVEAT
I am not an expert on economics. I am just a ‘survivor’ of a heretofore ‘forced down your throat whether you like it or not’ consumer. I drive a Chevy. I wear an ‘off the rack’ suit to funerals and weddings. I know relatively nothing about big business and manufacturing. But … I do use a little bit of common sense, reason, and logic every once in a while. And I do see the real possibilities of this new two -tiered money system which we will shortly be in use. My only complaint is … why has it taken so long to implement? Will it happen the way I have lined it out here in this paper? I don’t know that it will or not. But I would think that if not exactly as I have outlined it, that at least something similar would be the only usable way to handle it.

But what do I know? I dropped out of college accounting class.

Winston
PS I hope my little exercise here in economics at least has had the effect to get the reader ‘thinking’. Maybe some have already considered what is written here. Others may not have even given this subject any thought at all. But it is upon us … now. And if what is handed to us is not to our liking … well that is why we are going to have a republic form of government.

And remember, the government employees right from the President down to the mail room clerk are going to be paid in … yep, you guessed it–USNs. So, it will be in the interest of us all to get this figured out and put into action.