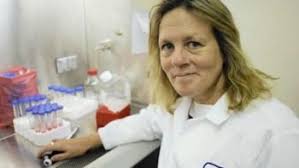 Top U.S. scientist and research pioneer Dr. Judy Mikovits said she cooperated with the FBI during an investigation of Dr. Anthony Fauci and the National Institute of Health, alleging Fauci was a workplace tyrant who was under investigation for swiping scientific research, covering up tainted vaccines, doling out lucrative federal grants to feckless cronies and much more.

Dr. Mikovits broke her long silence on the Thomas Paine Podcast and revealed an insider’s nightmare spanning three decades of conducting research under the governmental control of Fauci. Dr. Mikovits said eventually her widespread allegations of fraud and abuse by Fauci helped spark an investigation by the FBI. Dr. Mikovits said she cooperated with federal law enforcement up through 2014. What happened to the probe? You won’t even believe it when you hear it. Dr. Mikovits now accuses the FBI and Justice Department of a massive cover up to protect Fauci and his associates — and sweeping medical scams that continue to endanger Americans. Another FBI scandal. Another Justice Department scandal. And by the way, that was James Comey’s FBI and Eric Holder’s Justice Department. During the White House administration of Barack Obama.

These details warrant a host of NEW federal investigations to get to the bottom of numerous Fauci-led schemes revealed by Dr. Mikovits on the Thomas Paine Podcast. Paine also detailed the FBI probe on the Moore Paine Show on Patreon. Dr. Mikovits said Fauci helped imprison her after stealing her proprietary research not once, but twice and her allegations against the White House’s coronavirus top medical advisor and his government cronies paint a disturbing portrait of widespread institutional corruption. And greed. The alarming allegations include: stealing research, covering up tainted vaccines, fraud and much more. And Fauci’s parent agency, the National Institute of Health is not the only governmental agency involved in what amounts here to decades of corruption gone awry.