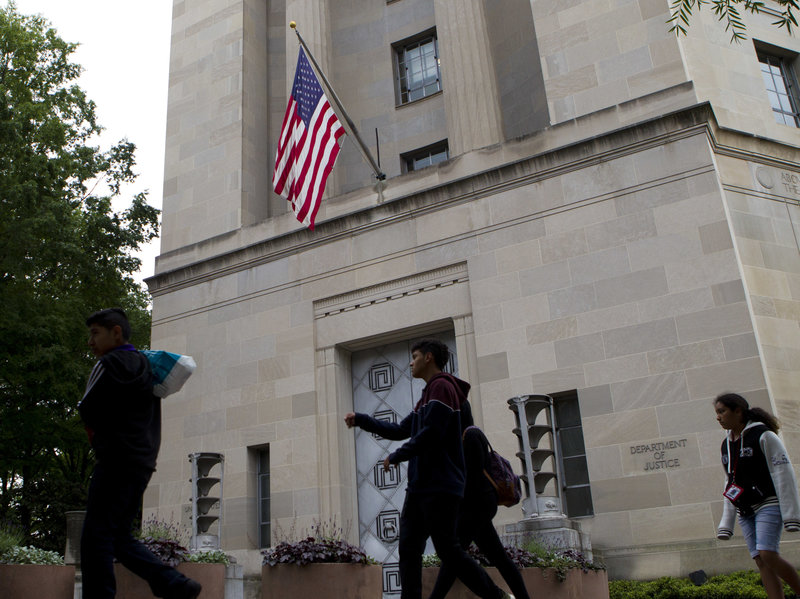 The Department of Justice headquarters in Washington, D.C., is losing one of its most experienced top leaders,
the latest official to leave for work in the private sector.Jose Luis Magana/AP

Scott Schools, a top aide to the deputy attorney general, is planning to leave the Justice Department at the end of the week, according to two people familiar with his decision.

The job title for Schools — associate deputy attorney general — belied his importance as a strategic counselor and repository of institutional memory and ethics at the DOJ. Schools has played a critical, if behind-the-scenes, role in some of the most important and sensitive issues in the building.

This year, Schools recommended that then-Deputy FBI Director Andrew McCabe be fired for a “lack of candor” in an internal investigation.

Earlier, he advised former acting Attorney General Sally Yates about the boundaries of her congressional testimony in early 2016. And more recently, Schools has been photographed near the offices of Russia special counsel Robert Mueller, as one of a few top DOJ aides to get regular briefings on the status of that investigation.

“Scott has provided invaluable leadership and counsel in his years at the department, and his service is an example to all,” Attorney General Jeff Sessions said in a written statement. “He will be greatly missed, and I wish him the best in his future endeavors.”

Schools is the latest departure from a Justice Department battered by political attacks over its handling of the 2016 Hillary Clinton email investigation and more recently the Russia investigation. Its previous third-in-command, Rachel Brand, resigned earlier this year.

Nominees to run the Justice Department’s Criminal Division, Civil Rights Division and Environmental and Natural Resources Division have not been confirmed in the Senate.

As for Schools, Slate magazine called him “the most important unknown person in D.C.” And that status has only grown as his boss, Deputy Attorney General Rod Rosenstein, has found himself on defense among Republicans in Congress over the Mueller investigation.