Today’s New Moon Signals The Beginning of The Second Renaissance 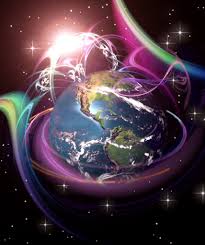 Today’s New Moon Signals The Beginning of The Second Renaissance

Published on The Oracle Report – Daily Energetic Analysis During the Time of Enlightenment, October 4, 2013

Today’s New Moon signals the beginning of what I’ve been calling the second renaissance.

The New Moon in Libra enters at 8:34 pm EDT / 00:34 am UTC at the degree known as “miners emerging from a deep coal mine.”  The New Moon forms a Grand Cross (also called a Grand Square) with the Black Moon, Uranus, and Pluto.  This indicates that the month will bring drastic evolutionary change.  Let’s look at how each of these planets infuse this New Moon energy that will unfold:

Black Moon:  All things come from the great creative void, the dark womb represented by the Black Moon.  The Black Moon is the Mother Energy needed for birth and rebirth.  It brings things out from the dark, out from the shadows.  The old passes away and the new emerges.  Order and form emerge from discordance.

Uranus: The planet of sudden changes, surprises, energetic frequency signatures, and lightning puts things where they need to be.  It realigns and reconfigures.  It also brings an exceptionally potent electrical charge to the energy.  Uranus strikes quickly and jangles things.  Uranus opposes the New Moon, which means it is 180 degrees apart.  The world will do a “180.”

You can be sure that forces that stand opposed to the creative vision of humanity know the power of this New Moon to birth something.  Something like a new world order.  A new world order will begin emerging, but it is an order that is in full support of humanity and life – not death.  This is the will of the Aeon Sophia, the divine being embodied as our planet.  Together, Pluto and the Black Moon bring light to the dark.  Though attempts will be made to press the dark inherent in these two energies, the combination of Pluto and the Black Moon only results in love.  Pluto and the Black Moon can be tempestuous, but they are always strong and committed.

The Sun, called Sabaoth by the Gnostics, blesses the union and the child that is born from it.

This is a month where we will look back and remember where we were when it all happened. The thing to hold to this month as we see things come crashing down around us, things lashing out, and things erupting from the deep is that the time of darkness is over.  They lost.  No matter how much it looks like they are taking over, it is not the case.  Their last ditch effort begins.  Everyone should expect the unexpected and this could be on very, very grand scales.

What does one do on an occasion such as this?  What more could be cause for celebration than the end of darkness and enslavement of consciousness?