This Short Film is a Stunning Preview of Human Space Exploration 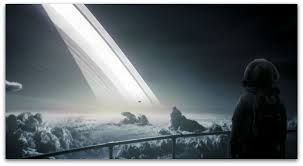 This Short Film is a Stunning Preview of Human Space Exploration

by Jason Major published on Universe Today, on December 1, 2014

One day – and it really is only matter of time – humans will set foot on the surfaces of other far-flung worlds in our Solar System, leaving the Earth and Moon far behind to wander the valleys of Mars, trek across the ice of Europa, and perhaps even soar through the skies of Titan like winged creatures from ancient legends. But until then we must rely on the exploration of our robotic emissaries and our own boundless imagination and curiosity to picture what such voyages would be like. Here in “Wanderers,” video artist Erik Wernquist has used both resources in abundance to visualize fascinating off-world adventures yet to be undertaken by generations to come.

“Without any apparent story, other than what you may fill in by yourself,” wrote Wernquist on his Vimeo page, “the idea of the film is primarily to show a glimpse of the fantastic and beautiful nature that surrounds us on our neighboring worlds – and above all, how it might appear to us if we were there.”

I know I speak for many of us in saying that such exciting times cannot come too soon.

“Maybe it’s a little early, maybe the time is not quite yet, but those other worlds promising untold opportunities beckon.”
— Carl Sagan