This new Tesla battery will power your home, and maybe the electric grid too

This new Tesla battery will power your home, and maybe the electric grid too

By Brian Fung, published on the Washington Post, on February 12, 2015 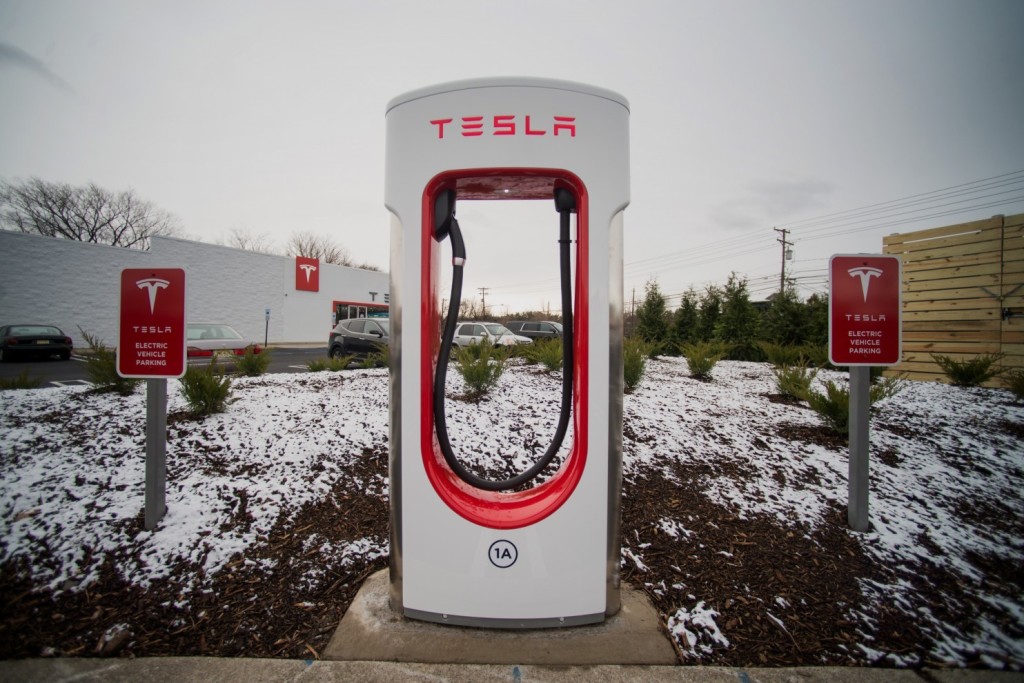 A Supercharger Station at the new Tesla Gallery and Service Center in Paramus, U.S., on Thursday, Dec. 11, 2014. (Ron Antonelli/Bloomberg)

Tesla is working on a battery that can power your home and even help large-scale utilities store energy more efficiently, according to company chief executive Elon Musk.

On an investor call Wednesday, Musk said the designs for a home or business battery are already complete and will likely be unveiled to the public “in the next month or two.” Production could be as little as six months away, he added.

While there’s no word yet on price, Tesla’s battery and charging technology could ultimately wind up saving you money on your electric bill. Although many of today’s homes draw energy directly from the electricity grid, the spread of cheap solar panels means it’s never been easier to generate some of your own energy. Storing renewables efficiently has been a big bottleneck for consumers and for utilities alike, but if Tesla’s stationary battery takes off, it could change the way electricity is priced and traded on a market scale. (For years, it’s been many people’s dream to sell excess energy back to the grid.)

For the millions of consumers frustrated with their power companies thanks to frequent outages and poor customer service, the batteries could be a boon. In general, the choices for how people power their homes is relatively limited. Most have to rely exclusively on their local utility providers. Getting a generator can be expensive — some homeowners pay around $20,000 for back-up generators that run on natural gas. So Tesla is eyeing a market that might be ripe for innovation.

Morgan Stanley made waves last year when it wrote that Tesla’s forthcoming products in this space could meet a huge market demand.

“There may be a ‘tipping point’ that causes customers to seek an off-grid approach,” Morgan Stanley wrote last March.  “The more customers move to solar, the remaining utility customer bill will rise, creating even further “headroom” for Tesla’s off-grid approach.”

Tesla is already laying the groundwork to ensure its stationary batteries get as widely distributed as possible.

“A lot of utilities are working in this space, and we’re talking to almost all of them,” said Tesla’s chief technical officer, JB Straubel. “It’s early stage stuff and a lot of these projects are very far out since the procurement cycle for utilities is so long. But this is a business that certainly is gaining an increasing amount of our attention.”