by Pamela Williams, published on Investment Watch Blog, on December 17, 2016 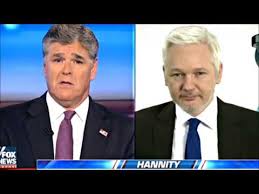 I am so happy to report this morning that DOJ Attorney General Loretta Lynch has taken a step to come clean on the 2016 Election.  She says, “the United States intelligence community has not found any evidence of “technical interference” on the part of the Russian government on voting machines used in the 2016 election.
I said, “she is beginning to come clean”, and this is a start for the Department of Justice in being honest with the American people, instead of protecting Hillary Clinton and the Democrats.  I am very optimistic now…this is a very positive step in the right direction for our Country.  There is still conflicting reports in MSM, but we are beginning to uncover what has remained buried in dirt.
Lynch instead referred to Russian hacking into the Democratic National Committee and the Democratic Congressional Campaign Committee.  However, Julian Assange just announced on FOX NEWS HANNITY last night that the WIKILEAKS’ source for leaked DNC information was not Russia.  He went on to say he and WIKILEAKS had a strict policy of never revealing sources, and it is troubling for him to have to go this far.  He wants people to stop concentrating on the source of the leaks, and instead to focus on the actual information which was released to the public.

The following is a portion of the Assange interview with Hannity:”Our source is not the Russian government,” Assange told “The Sean Hannity Show.” “So in other words, let me be clear,” Hannity asked, “Russia did not give you the Podesta documents or anything from the DNC?”  “That’s correct,” Assange responded.

Assange’s assertion contradicts the Office of the Director of National Intelligence (ODNI), which concluded in October that “the Russian Government directed the recent compromises of e-mails  from U.S. persons and institutions, including from U.S. political organizations.”  In addition to the hacked emails from the DNC and Podesta, Assange admitted that Wikileaks received “received about three pages of information to do with the [Republican National Committee]  and Trump [during the campaign], but it was already public somewhere else.”

WOW!  I really appreciate Julian Assange revealing what he felt he had to at this time.  HANNITY is a truthseeker, and he has stayed true to the American people during this time of deceit.  There is speculation that the far-left is attempting to take over FOX NEWS, but if this is true, it will prove very difficult for them.  I don’t see reporters like HANNITY giving in to this.

What a fantastic morning for those of us who have been waiting on good news.  However, we have one aspect of news this morning that is troubling.  President Obama has announced he has plans to retaliate against Russia for hacking the DNC. FOX NEWS is reporting: President Obama said the U.S. needs to “take action” in response to cyberattacks on Democratic officials during the recent presidential campaign, hours after his administration insisted — without offering proof — that President-elect Donald Trump “obviously knew” of the breaches, and suggested that Russian President Vladimir Putin had personally authorized them.  He goes on to say, “I think there is no doubt that when any foreign government tries to impact the integrity of our elections … we need to take action,” Obama said in an interview scheduled to air Friday on National Public Radio. “And we will — at a time and place of our own choosing. Some of it may be explicit and publicized; some of it may not be.”

The above report is very troubling, as it seems our Government officials are not in coordination.  When the issues are as important to our National Security as a Presidential election and war with another country, they should definitely be on the same page!  However, we must take pleasure in the good news of the day…the beginning of a change in direction for our Country.  Hillary Clinton is still chomping at the bit with a false narrative meant to squeeze her into the White House, but I think no one is really listening except her loyalists like Podesta and David Brock.  However, they must be a little frustrated this morning!  Yah for the American people! End of my commentary.