While 3D-printing may have been faded away in recent years from the spotlight of core “disruptive” technologies, that may soon change again after a company managed to 3D-print an entire house in just 24 hours. Located in Russia, the following 400-square-foot home, or 37 square meters, was built in just a day, at a cost of slightly over $10,000.

As profiled in the Telegraph, the company Apis Cor, 3D-printing specialists based in Russia and San Francisco, built the house using a mobile printer on-site. According to the company, the walls of the building were printed and painted in just 24 hours.

What makes Apis’ process unique is that while 3D-printing a home usually involves creating the parts off-site and constructing the building later, Apis Cor uses a mobile printer to print their apartments on-site. As profiled here, in 2015 the world’s first 3D-printed apartment building was constructed in China, with the structures printed off-site. 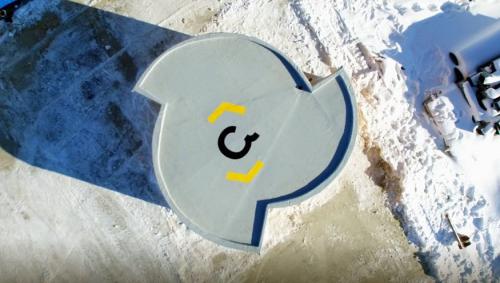 However, the Apis process is unique in that it eliminates the need to transfer the printed blocks to the contstruction site.

“Printing of self-bearing walls, partitions and building envelope were done in less than a day: pure machine time of printing amounted to 24 hours,” the company said.

The main components of the house, including the walls, partitions and building envelope are printed solely with a concrete mixture. Once the house has been completed, the printer is removed with a crane-manipulator and the roof is then added, followed by the interior fixtures and furnishings, as is a layer of paint to the exterior of the house. 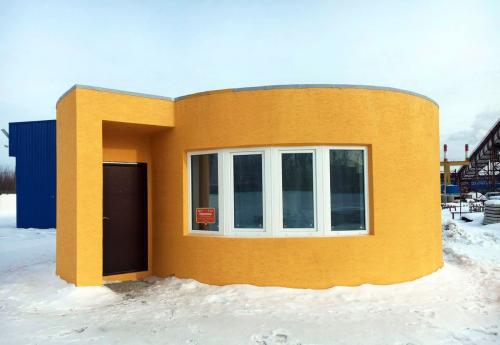 The initial house consists of a hallway, bathroom, living room and kitchen and is located in one of Apis Cor’s facilities in Russia. The company has claimed that the house can last up to 175 years.

Nikita Chen-yun-tai, the inventor of the mobile printer and founder of Apis Cor, explained his desire is “to automate everything”.

“When I first thought about creating my machine the world has already knew about the construction 3D printing,” he explained. “But all printers created before shared one thing in common – they were portal type. I am sure that such a design doesn’t have a future due to its bulkiness. So I took care of this limitation and decided to upgrade a construction crane design.”

He adds: “We want to help people around the world to improve their living conditions. That’s why the construction process needs to become fast, efficient and high-quality as well. For this to happen we need to delegate all the hard work to smart machines.”

Apis Cor has claimed to be the first company to have developed a 3D printer than can print whole buildings on-site.

For now the technology is in its infancy, however in a few years, the deflationary pressures unleashed by Apis-Cor and its competitors could results in a huge deflationary wave across the construction space, and would mean that a house that recently cost in the hundreds of thousands, or millions, could be built for a fraction of the cost, providing cheap, accessible housing to millions, perhaps in the process revolutionizing and upending the multi trillion-dollar mortgage business that is the bedrock of the US banking industry.