This current energy – the Council 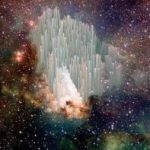 This current energy – the Council

Via Ron Head, published on Oracles and Healers on October 19, 2018

First, a little scene setting. You have been told by many of your communicators that this next several months are going to bring great change. This council has told you that the most important change is what is happening in you and for you. And you have been experiencing a steady – well, mostly steady – increase in the intensity of the energy that is in many ways forcing the change.

Now this has begun to give you a feeling of urgency. The energy itself contains a feeling of urgency. Well, think back to the times you have been faced with a deadline. Is it not the same feeling? This is not exactly a deadline, but it is a definite marker and turning point. And here’s the point, you are determined to be ready.

Now often when we refer to ‘you’, we are speaking of, or including the entire you. Keep sight of the fact that by far the largest portion of you can be said to be still on our plane, still in our dimension. So in your efforts to be ready, you are discovering all of the things that will not be in synch with the coming energy and you are tossing them overboard.

You have been told this before. But there is, as you are discovering, a big difference between hearing it and living it. Now let’s give you something that might make it a little easier to get through.

Try thinking less along the lines of ‘What now?’ and more like ‘Thank goodness. Let’s get this over with at last.’ Now, we are not saying that everything after the first of ‘Nocember’ will be all hunky-dory. We are saying that life is about to become quite a bit less personally difficult. You know the shape your world is in. And so you know that there will be quite a bit of work to do to turn it back into the garden spot she was meant to be. But it is also true that if your personal life is a daily trial, there is not much time left for you to be effective in the larger sphere. True?

So we applaud you for clearing the decks as you are doing.

You have asked for this. You have prayed for this. And often you have doubted that it would come to pass. Well, bar the door Katie, ‘cause here she comes.