by The Oracal Report, published on November 5, 2015 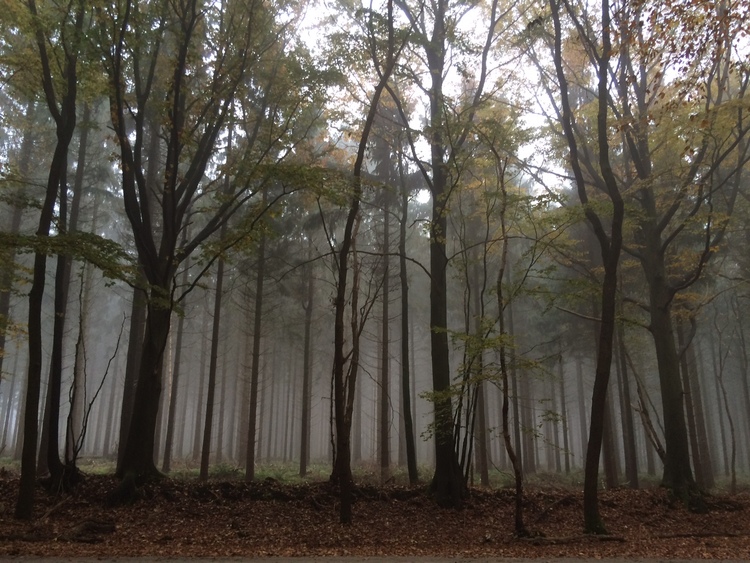 Goddess of Wisdom: Kali – Goddess of Endings and Beginnings

God of Will/Desire: Elias – God of the West

Catalysts for Change: getting involved in others’ business, imbalances, chasing or looking elsewhere, failing to communicate, loss of will, harsh words or criticism, hyper-masculinity, rushing or pushing forward

Sabian Symbol for the Solar-Lunar Month: “a Jewish rabbi performing his duties”

Sabian Symbol for the Solar-Lunar Year: “the music of the spheres”

The Sun released another flare (M3.7) with coronal mass ejection yesterday at 8:52 am ET/1:52 pm UT.  As I discussed yesterday, we look at the position of the Moon to understand the nature of the super-charged energetic of the CME, and thus what is “discharged” into life on Earth (yesterday’s report remains posted below).

The Moon was located at 24 Leo and the Sabian symbol of “totally concentrated upon inner spiritual attainment, a man is sitting in a state of complete neglect of his body.”  This energy came in to provide epiphanies, aha moments, understandings, and correlations so that our minds and bodies could come back into balance.

When the time of year that is like a month-long Full Moon is coming toward a close, all of the energetic levels of the body (emotional, mental, physical, spiritual, cosmic…) are “hyper-driving.”  This lunar month (the Libra lunar cycle which began on October 12) has taxed the physical body because it has been so involved in seeing with the eyes, hearing with the ears and then processing with the brain.  (Maybe this is one of the teachings of why the wolf howls at the Full Moon – he/she finally has had enough?)

The CME speeded up the epiphanies, aha moments, understandings, and correlations so that the body could begin to recover.  You may have experienced a major insight and then an incredible need for sleep.  Those two CMEs came in a relatively short span of time.

CARPE DIEM: Speaking of time, today it’s time to carpe diem in some way.  Venus moves to the degree of “a bald headed man who has seized power,” which brings a naturally “pushy” sort of energy.  It can turn into hyper-dominance and hyper-masculinity rather quickly, with aggressive interactions and conflicts.  What’s happening is the WILL of each individual is naturally seeking expression, and in situations where power and control dynamics (anti-love) are operating, drama can ensue.  People can grab for power or control.

This is seen most clearly with the petty power plays in workplaces.  Anyone who has a very weak inner sense of self and has been given any sort of “authority” tends to act out under this energetic.  We can respond to the situation or person with compassion (for they are deeply infected with the madness of the archons), but we won’t let our guard down.  We are free beings and not to be trodden upon.

REPAIR AND REFORM: The Sun moves to the degree of “telephone linemen at work installing new connections.”  This energy repairs any damage to communication within our relationships.  It also brings new ideas, people, places, and things into our lives.  We can really experiment with “bending time” with this energetic in play.  Go back to any point in time that you want and view it from your wise owl perspective of today.  How do you feel about the situation now?  You can go back as far as you want, but the present can change the past, and also the future.

MASTERFUL MOON:  The Black Moon moves to the 9th degree of Libra today and begins disseminating the energy of “three old masters hanging in a special room in an art gallery.”

Recall that Venus stationed retrograde in July at the degree of “in a portrait, the best of a man’s features and traits are idealized.”

Now we see truth.  The “masters” reveal the over-idealizations, the illusions.  Their clarity and skill are impeccable, so we see what a true “picture” looks like.  The over-idealized “picture” may even appear cartoonish now.  It will be more and more difficult for anything or anyone standing on the outside of truth and love to hold together.

Reality is revealed through the art of the Sabian symbols, also, isn’t it?

The Black Moon will bring us this energetic through November 14, and with it, the “three old masters” will bring darkness to light.

Today, we are seizing the day, integrating all that has happened and all that has been revealed to us by the Great Moon Mirror this month, and bringing ourselves back into balance.

(Note: I think it is a perfect day, given the energetics, to tell everyone who doesn’t already know that wise owl Carolyn Barnes’ book Return To Ease: Gently Reconnect With Your Body’s Natural Mobility and Joy is now available!  It’s a gorgeous coffee table art book giving skills for self empowerment.  How much better can it get?  Your body and soul will thank you.)

Goddess of Wisdom: Kali – Goddess of Endings and Beginnings

God of Will/Desire: Elias – God of the West, God of Alchemy and Transformation

True Alignments: out of the norm, peace of mind, bringing meaning, owning feelings and actions, reverence, things illuminated, hope, aspirations, lightening up, compassion for self, not shouldering alone

Catalysts for Change:  traps, self-indulgence, separation, anger, being ripped apart from something or someone, insincerity, unfulfilled promise, obscuring, snobby, self-sabotage, codependency, unappreciative, overburdened, not wanting to see what is clearly being shown

Sabian Symbol for the Solar-Lunar Month: “a Jewish rabbi performing his duties”

Sabian Symbol for the Solar-Lunar Year: “the music of the spheres”

Sabaoth, the name of the Sun according to the ancient Gnostics, sends a message – finally!  The Sun released an M1.9-class flare with coronal mass ejection last night at 10:26 pm ET/this morning at 3:26 am UT.  We look at the degree of the Moon and associated Sabian symbol to get the clearest message.

The CME was released at 19 Leo and the Sabian symbol of “a houseboat party.”  This message tells us that things are safe, secure, and structured, though they are going into unfamiliar areas or places that would seem incongruous or going into “different waters.”  But, it is still a party, so it is supposed to be fun.

It is also supposed to be different, not only because a house boat is an uncommon place to live or have a party, but also because the Sun was making a trine (120 degrees away) with Uranus, the planet of changes, shocks, surprises, putting us where we need to be no matter what, and all things unusual or even weird.  Above all, Uranus changes things up and saves us when we are off course.  And, not to forget, “Uranus saves us by our rejections.”

It is interesting to me that Mercury retrograded at the degree of “a boat landing stands in need of reconstruction” and we had so much activity at that degree, and now the first significant CME since September 20th happens at a degree with similar motifs.

Is the Sun telling us that the structure and construction of our lives and world, undergoing so much renaissance, now is reconstructing to where the value of love, life, freedom, wisdom, and beauty can be more fully experienced?  What if we affirmed this and devoted ourselves to the notion?  What would we create?

Here are our other clues about what is in play today:

THE SUN: “an inventor performs a laboratory experiment” – This energy wants to understand or find a greater meaning to what is already “on the table” but is curious to change or add other elements.  If something is not working out the way you would like, change it up or add or take away something.  Experiment! On a grander scale, an alchemical transformation of consciousness is happening under the purview of the Sacred Masculine (in many ways, but one of which is the emissaries of the aeon Thelete.  I am instructed that Elias, God of the West, God of Transformation, God of Alchemy, is the “scientist” among the Band of Brothers, as I like to call them).

EARTH: “a porter carrying heavy baggage” – This symbol shows burdens and where we are carrying too much of a load.  We may be taking on too much responsibility for others’ “stuff” or “baggage.”  What needs to be put down or released?

MARS: “a boy with a censer serves near the priest at the altar” – Oversight and holding accountability is the nature of this symbol nowadays.  The “uninitiated” are beginning to keep tabs and keep people true.  The boy serves God, not the priest.  He serves “near the priest” but he is the true light of innocence.  Added with this is..

MERCURY: “a youth holding a lighted candle in a devotional ritual” – Mercury is at 04 Scorpio, opposite the Chiron Point.  This re-engages the “wounding, healing, teaching” and “inner child” elements today, which could come in the form of a surprising communication or connection. It is always a good idea to light a candle and re-connect with our inner child, remembering our dreams.  Be aware that traumas may be re-triggered today as Mercury transits this degree of the zodiac.  This would particularly affect how we think and what we say.  Ultimately, the energy is designed to heal through light.  Added with this is…

BLACK MOON: “a blazing fireplace in a deserted home” – The Black Moon has almost reached the end of this degree, and I have not discussed it.  This symbol is always about energy that is unseen and sustaining.  We forget that it is always there and that we can reconnect with it anytime.  It is the inner heart fire.

NEPTUNE: ” a girl blowing a bugle” – I mention this one since it is a big part of the clarion wake up call that has been the primary function of Neptune for several months.  Neptune can either cloud and shroud or it can clear and steer.  Since we are in the time of year that is like a month-long Full Moon phase – full light – the addition of Neptune’s power to send out a call is strong.  Neptune will continue to “sit” at this degree and send out a call until it stations direct on November 17.  What does the blowing bugle tell you?

So today, we are like inventors performing experiments to create something better.  Lucky for us that there is a lot of light available today for working late into the night to figure something out, change it up, or transform it.  We are mighty beings who are not waiting around.  We are creating the Second Renaissance – the return of wisdom, will, and sanity.

Thank you for supporting The Oracle Report!