They Are Building A Technological Prison For Humanity – David Icke 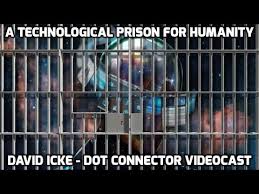 Google is a prime driver in this transhumanist agenda, in league with DARPA, the tech development arm of the Pentagon, one of most sinister agencies on Earth, developing death rays, surveillance tech, mind control, effect ways of killing.
This combo of DARPA and Google is at the forefront of pushing the transhuman agenda and Kurzweil is also an executive at Google, called chief futurist, or something like that, so you begin to see explanations for strange happenings.
Some years ago a lady named Regina Dugan, head executive of DARPA moved from DARPA in a strange career move to Google. But when you do the research and see what’s going on… It was then actually in effect an interdepartmental transfer.
Google is fundamentally involved in this entire scenario. They recently took over a company called Boston Dynamics, one of the prime organizations developing AI controlled machines, smaller-145d-darpa-m15robots who are under contract to…DARPA!
And this combo is extremely important to understand in relation to this agenda of control, connecting the human mind to the tech CLOUD.
Also in development is a robot army. I have long talked about the creation of the World Army for the World Government, but one step further is, in the end they don’t want that to be an army of humans, but an army of machines controlled by AI, making the decisions of who to kill and who to bomb.
And this isn’t me surmising or pulling this out of the ether, you see this now in news headlines as these techs come to light, high tech, where in Dallas we had the first killing by a robot, claimed to be [because of a] shooting at police.
So we are now in an arena of sci-fi and sci-fi is supposed to be fiction projecting into the future, coming from imagination, but is now science fact and is all around us, being driven by the Singularity University and Google.
Google has changed much of its company’s name to ALPHABET, a reason for that I would strongly suggest, because all of these areas that they are involved in, have become so vastly much more than just a search engine.