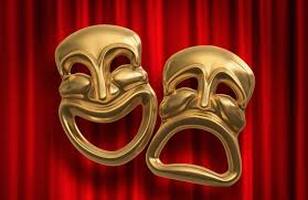 Written by Ollie, published on I Uvsweden, on September 3, 2017

So the Theater continues… with various scenarios and dramas playing out…

… with glimpses from the back stage. Heather has been released with and ankle bracelet under curtain conditions.. Randy is still in jail but has his hearings soon.

For awhile at felt like we all were waiting for some things… TDA releases, Technology releases or what not?! Things are often not as they seem.. 😛

I’ve released some personal stuff the past 2 days that are connected to the ‘New’. In fact I’ve experienced several ‘New’ realities all making perfect sense at the time through my adult lifespan. They have been linked to some struggle though… which is not the case this time.

I’ve said this many time when we acknowledge there is an issue/problem the ‘solution’ pops up immediately.  Bill made an update the other day concerning Randy and Heather.. find a piece of it below.

[Written by Bill, from Terran Cognito]

Heather has been released on her “own recognizance”, has a curfew, is required to remain in the Eastern District of Tennessee until this case is resolved.  She is electronically monitored while she is preparing her case.  The conditions of her release means she cannot say much until this case is resolved, and she cannot have contact with Randy or support him on his case.

That also means you will not hear daily statuses or much about the case from either me or BZ.   BZ has done an amazing job of keeping you informed but I ask that you be patient with both of us in this moment as we do have to be very careful not to complicate matters for either Randy or Heather.

What Heather and Randy are doing is for all of us. Please do not forget Randy, keep sending plain white postal cards (they do not let him have picture postcards) to him letting him know of your support in what is the worst possible jail here in Knoxville.  He is literally housed with the murderers, which is strange for a man accused of a “white collar crime” who has not yet been convicted.  But then nothing about this case is normal.  Its very difficult for Randy to be in such circumstances.  They are trying to break him.

Also please do what you can to support Randy by sending funds to PayPal ID:  RKBFUND@GMAIL.COM.   This money goes to covering expenses for Randy’s case.  Randy fired his public defender (I won’t speak to as to why but he had good reason).  The public defenders biggest concern in Randy’s hearing this week was that those reasons would become public, not Randy’s situation.  The court is appointing him new stand-by or “elbow counsel” as they call it here.

Randy lost his apartment, he was evicted, the apartment did get a visit from the FBI and the management used the excuse that two of Randy’s friends had used his address as a mailing address. Randy’s cousin Patricia has moved his personal effects into storage at her own expense.  The apartment complex was very unhelpful in arranging freight elevator times, which meant Patricia could not assist me in picking up Heather’s husband Youssef, and I had to arrange an Uber ride for him.

Randy is on his own as to his representation, but he does have stand by counsel to walk him through court procedures and other nuances of the court.  The circumstances of both cases are so closely linked to the same documentation. Randy does know what to do.  But his task is not an easy one.

The good side of all this is all the documents Heather has filed are now part of the court record, and Heather is able to discovery on documents she needs to prove her case.   There will be a jurisdiction hearing coming up, and the case could literally be dismissed at that point.  I don’t have the exact date before me, I am sure its at BZ’s site, I will come back and edit this with the date of the hearing.  If it does go to trial the date will be January 23, 2018.

There is lot of talk about unity consciousness but not even the ’11’ seem to get their acts together might be they should only be 9… if they exist at all. Given the data provided by Bill I think it is even more important to work out our own life kinks in the most joyous and loving way we can.. keeping the support for both Randy and Heather intact of course.I think one of the main purposes with this exercise linked to the TDA’s was to make them visible to all that wanted to see them. Our value does not reside within the TDA’s it is just one expression of value, YOU KNOW THIS! I’ve noticed that as soon as I get into ‘I don’t give a shit mode’ concerning issues I unconsciously tried to control the perceived limitations just vanishes.Since I have very little attachment to our TDA’s I can continue with my doings and would probably have done so even without knowing about the TDA’s. It really does not matter cause I truly think we tap into our value all the time I know I do..<3 I’m constantly challenging myself which I admit sometimes scares the crap out of me but I know I have to do it in order to ‘break through’.

I’m rolling full steam ahead no matter what.. it is all about choices.. !I’m making the best choices I can in order to live the life I want to live.. I hope you do it as well…

We are the ones we’ve been waiting for