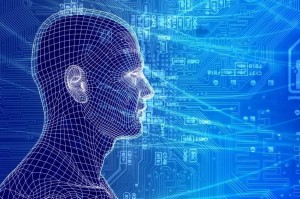 By Peter Baksa, August 8, 2011, published on the Huffington Post

Since I have mentioned the zero point field (ZPF) so much in my past HuffPost articles, and seeing as how it is a vital component to what is going on, it only makes sense to provide a more detailed analysis for all those Quantum buffs who struggle with my theory that thoughts equal matter. So, let’s start with the basics and show what is known about the ZPF, and how its discovery come about?

In quantum field theory, the vacuum state is the quantum state with the lowest possible energy; it contains no physical particles, and is the energy of the ground state. This is also called the zero point energy; the energy of a system at a temperature of zero. But quantum mechanics says that, even in their ground state, all systems still maintain fluctuations and have an associated zero-point energy as a consequence of their wave-like nature. Thus, even a particle cooled down to absolute zero will still exhibit some vibrations.

Liquid helium-4 is a great example: Under atmospheric pressure, even at absolute zero, it does not freeze solid and will remain a liquid. This is because its zero-point energy is great enough to allow it to remain as a liquid, even if a very cold one. Everything everywhere has a zero-point energy, from particles to electromagnetic fields, and any other type of field. Combine them all together and you have the vacuum energy, or the energy of all fields in space.

This would seem to imply that a vacuum state — or simply vacuum — is not empty at all, but the ground state energy of all fields in space, and may collectively be called the zero point field. The vacuum state contains, according to quantum mechanics, fleeting electromagnetic waves and virtual particles that pop into and out of existence at a whim. So, we must then ask, can this energy be measured? Or even calculated?

In physics, there is something called the Casmir effect. In this experiment two conducting plates are brought parallel to each other with an electromagnetic field held between them. The cavity between the plates cannot sustain all frequency modes of the electromagnetic field, particularly wavelengths comparable to the plate separation. This creates a zero-point pressure on the outside of the plates, trying to push the plates together, much like how radiation pressure from the sun pushes a comet’s tail away from its nucleus. The resulting effect is called the Casmir force, and it increases in strength the closer the plates get, but vanishes once the plates make actual physical contact — or when the plates are so close together that zero-point wavelengths no longer see a perfectly conducting surface.

This Casmir effect is often sited as evidence of a sea of zero-point energy throughout the universe. Another possible manifestation of the ZPF might be the cosmological constant so well used in cosmology; some say it might be a measure of this zero-point energy. One calculation even puts the energy of a cubic centimeter of empty space at around a trillionth of an erg; not much, but collect that over all of space and you still get infinity. In 1913, Albert Einstein and Otto Stern performed an analysis of the specific heat of hydrogen at low temperatures, and discovered the available data was best fit if the vibrational energy was represented by the equation:

Even with the temperature, T, at absolute zero, you can see how the first term drops out to zero as well, but we are still left with the second term as the minimum energy retained. This is the zero-point energy for hydrogen — and space being filled with the stuff — that alone would fill the vacuum with zero-point electromagnetic radiation.

Another derivation of the ZPF comes, as mentioned before, from the uncertainty principle. For a given particle, one cannot know both its position and momentum at the same time — with the least possible uncertainty being proportional to planck’s constant. This uncertainty relates to the inherent quantum fuzziness of energy and matter due to their wave-like nature. Thus, one cannot have a particle lying motionless at the bottom of its potential well, for then you would know both its position and energy with absolute certainty.

So, the lowest possible energy of a given system must be greater than the minimum potential of the well — its zero-point energy. This leads us to postulate the collective potential of all particles everywhere with their individual zero-point energies merging into one universal zero point field. The theories and scientific research in this particular area of quantum physics lay the ground work for attempting to explain how the mind/brain/brain waves initiate transactions in the natural; how our thoughts commingle with everything else, and cause matter to manifest in our lives. The more we look at this area, the clearer the God/science connection becomes. If thoughts equal energy and energy equals matter, than thoughts become matter. Observe your thoughts as they will manifest themselves in your life in the natural via the ZPF.