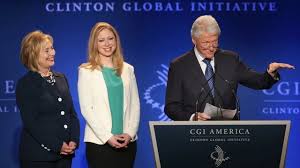 Wikileaks reveals emails that show the depth of the corruption at the Clinton Foundation. Cenk Uygur, host of The Young Turks, breaks it down. Tell us what you think in the comment section below. https://www.tytnetwork.com/join

“When top Bill Clinton aide Douglas Band wrote the memo, he was a central player at the Clinton Foundation and president of his own corporate consulting firm. Over the course of 13 pages, he made a case that his multiple roles had served the interests of the Clinton family and its charity.

In doing so, Band also detailed a circle of enrichment in which he raised money for the Clinton Foundation from top-tier corporations such as Dow Chemical and Coca-Cola that were clients of his firm, Teneo, while pressing many of those same donors to provide personal income to the former president.

The system has drawn scrutiny from Republicans, who say it allowed corporations and other wealthy supporters to pay for entree to a popular former president and a onetime secretary of state who is now the Democratic presidential nominee.

Band wrote the memo in 2011 to foundation lawyers conducting a review of the organization amid a brewing feud with the Clintons’ daughter, Chelsea Clinton, who was taking a stronger role in leading the foundation and had expressed concerns about Teneo’s operations.”