The Worldwide Bank Crash has Commenced 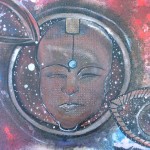 The Worldwide Bank Crash has Commenced

HSBC, the biggest British bank and second biggest company on the British Stock Exchange (FTSE 100 Index) with a capitalisation of 102,7 billion British pounds on July 6, 2012, is obviously bankrupt.

This is the beginning of the worldwide financial collapse that will start with a bank crash and closure of all major banks worldwide in August 2013 as predicted by myself in a series of articles on the final ascension scenario, the latest one as of yesterday: http://www.stankovuniversallaw.com/2013/08/update-evil-doers-power/

Before you can truly realize the scope of this stunning news, just issued by BBC, please observe that the motto of this huge international bank conglomerate on its official Internet website

“We have had a good start to the year, with growth in reported and underlying profit before tax.”

This same bank has been involved in the last decades in virtually every possible major scandal, crime and fraud in the banking sector that one can conceive – from rigging libor interest rates, laundering mafia and narco traffic dollars from all over the world, and especially from South and Central America, but also Asia, to insider trading, tax evasion, etc., etc. It is the classical Orion bank of the British ruling Reptilian elite around the Rothschild family and its true name is ”High Society British Crime” bank.

What this bank has just done, is without a precedent in the banking history: HSBC has announced that it has decided to close without any previous warning the bank accounts of forty major diplomatic missions and embassies worldwide, including the Vatican, without giving any explanation for this unique move. Thus, this bank has practically disconnected its clients from the financial system in an blatant contradiction to its company motto.

This haphazard decision may explain why the US government decided to close all their embassies in the Arab world and elsewhere and not because of alleged terror danger.

Only on May 15, 2013 the HSBC group announced a massive cut of 14 000 jobs contrary to the optimistic statements of its CEO about the future perspective of this Orion bank.

The official British-Orion channel BBC must have been so overwhelmed by this news that it was unable to hide its perplexion about the dreadful fall of the first domino piece in the financial sector that will lead to a cascade of huge bank collapses in the coming days. This is the beginning of the end of the Orion monetary system and the first palpable sign for the imminent coming of the MPR, the ID Split and the detonation of the PAT supernova 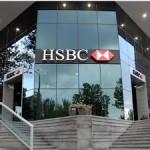 HSBC bank has reportedly asked more than 40 diplomatic missions to close their accounts as part of a programme to reduce business risks.

The Vatican’s ambassadorial office in Britain, the Apostolic Nunciature, is among those said to be affected.

The head of the UK’s Consular Corps told the Mail on Sunday the decision has created “havoc”.

The Foreign Office has been in touch with HSBC, stepping in to help diplomats open other bank accounts.

HSBC said embassies were subject to the same assessments as its other business customers. They need to satisfy five criteria – international connectivity, economic development, profitability, cost efficiency and liquidity.

A spokesman said: “HSBC has been applying a rolling programme of “five filter” assessments to all its businesses since May 2011, and our services for embassies are no exception.

The Mail on Sunday reported that the High Commission of Papua New Guinea and the Honorary Consulate of Benin have also been asked to move their accounts within 60 days.

Bernard Silver, head of the Consular Corps, which represents consuls in the UK, told the paper: “HSBC’s decision has created havoc.

“Embassies and consulates desperately need a bank, not just to take in money for visas and passports but to pay staff wages, rent bills, even the congestion charge.”

John Belavu, minister at the Papua New Guinea High Commission, said: “We’ve been banking with HSBC for 22 years and for them to throw us off in this way was a bombshell.”

Lawrence Landau, honorary consul of Benin, told the paper his mission had been having trouble finding a new bank.

He said: “We have been trying everyone but all the UK banks are clamming up.” (This is the actual key news, George)

Embassies are treated like business customers by banks as they generally use services like cash and payroll management and can take out loans.

They also have to pay for ambassadorial accommodation and costs such as school fees for the children of diplomats – expenses that are difficult to meet without a valid UK bank account.

They are sometimes considered to be at risk of money laundering activities because of their political exposure and banks have been warned in the past for failing to flag up suspicious accounts.

The Riggs National Bank in Washington was fined and later sold off after a 2004 US Senate report revealed executives in its embassy business had helped Chilean dictator Augusto Pinochet hide millions of dollars.

HSBC was fined $1.92bn (£1.26bn) by US authorities last year after it was blamed for alleged money laundering activities said to have been conducted through its Latin American operations by drug cartels.

The bank admitted at the time that it had failed to effectively counter money laundering.

4 Comments to “ The Worldwide Bank Crash has Commenced”