The Wizard Behind the Curtain (Awareness of Control Structure on Earth)

The Wizard Behind the Curtain (Awareness of Control Structure on Earth) 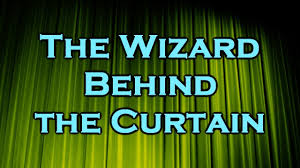 Magenta Pixie, published on July 16, 2017
Critical mass has been reached regarding awareness of the service-to-self controllers within the physical, third dimension. This creates a knock-on effect, a ‘domino effect’ if you will, as awareness is raised regarding the extraterrestrial and the non-physical. Now, all that remains of the original control structure are the remnants of a once strong, impenetrable system. Channelled, written and narrated by Magenta Pixie. Video compiled by Catzmagick using royalty free media. — Magenta Pixie Website: http://www.magentapixie.com Magenta Pixie Products: http://www.magentapixie.com/shop