The view from the ground…. Part 1

The view from the ground…. Part 1 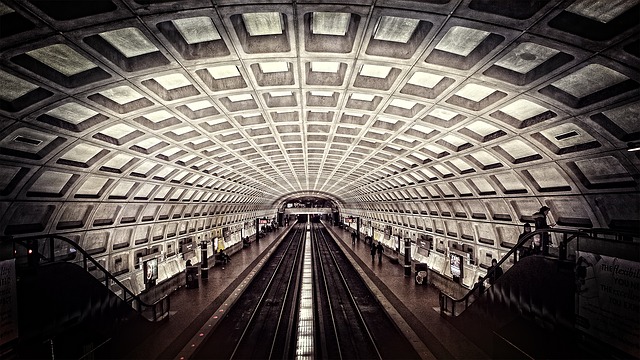 Washington DC Metro subway
Thought I’d just express a few thoughts about the last week or so.  I have to be careful as to not cause any difficulty for Heather’s case or Randall’s, nor do I care to reveal any strategy in dealing with all this… but I’ll do my best convey what I have seen recently. I am not a lawyer and I am quite capable of getting facts wrong.  I will do my best to correct any inaccuracies.

As you know I flew to DC July 25th, midst the confusion of what happened here.  Heather was with two associates of Randall K Beane, as far as I know arriving in DC on the 20th.   They had no know knowledge of any warrant for Heather in TN, and the initial charge was “fugitive from justice” which is a vague term when they want to keep you in incommunicado and isolated and don’t know yet what to charge you with.

If you remember how this got started was Randall being charged with the same violation, on a purported warrant from “Jasper Colorado” Sheriff’s department.   Randall K Beane was followed by men purporting to be police of several agencies, even passed while he was driving, they pointed at him and laughed.  When Randall arrived at the RV dealer (I’m recounting the story as I was told it – if those that were there can correct any inaccuracies please contact me and I will fix them). Randall was then surrounded by these same purported officers, some FBI, some Federal Marshalls, some County Sheriff, some Knoxville police.  Randall was then yanked out of the motor home (and those doors are quite high off the ground), elbow butted to the head left bleeding on the ground, and kicked and stomped on.  An ambulance was already in place (something we have seen in Morocco) as they intended to do violence to him. He was treated by the medics for the head wound.  He was assaulted by officers once more inside the jail according to those who have spoken to him.  He was kept in a very isolated state, and is now only allowed postcards from friends. If he gets those at all.

There was no Jasper Colorado, and like the term “Parker” for agents, “Jasper” seems to be another code word.   Whether “Jasper” and “Parker” are actual code words of the military or just markers in the hologram of reality, I really don’t know, the two terms have come up a lot in odd synchronicities. The TN court eventually changed the source of the warrant that to him being wanted in Jasper County South Carolina on vehicle and drivers license violations (which existed) and said he would be extradited to SC, he never made it to SC.  There has been one lie after another told by the officials in Tennessee about the charges Randall was facing. Now.. here’s the thing, nobody and I mean nobody gets that kind of treatment for traffic and license violations in another state.  Swat teams for that kind of warrant???

A grand jury was convened in SC, for the purposes of charging Randall and Heather with money laundering.  Mind you money laundering is something the drug cartels do, intelligence agencies (of all countries) do, and the mafia does to hide the source of funds.  Yet nothing was hidden, the source of funds was REVEALED to be Randall’s TDA account at the Federal Reserve.  Randall used the account with his Social Security and his birth name on it. That is not a bogus account, Randall proved it was quite real.  I worked as a consultant at VISA many years ago in transaction processing, and whether its a credit card account, or a debit card processed through the ACH system, those accounts and names MUST match or they do not go through.  Randall’s withdrew  $1.5 million, approximately $500,000 of which he bought a motorhome with (it is after all his account!), there are billions in each account.

This was a message of fear (which really shows the originators state of mind) to stop people from access the TDA accounts.  Numerous pieces of disinformation have been released trying to say it was a scam by using another case where someone was doing something completely different than accessing THEIR OWN ACCOUNT, with THEIR OWN NAME and THEIR OWN SOCIAL SECURITY NUMBER on it.  These accounts are the accounts the survivors from Chinese Qing Dynasty call the “COLLATERAL ACCOUNTS”, and they exist in every country in a similar fashion, some countries like Australia have them within the US FEDERAL RESERVE system itself.  The COLLATERAL is YOU, as CHATTEL PROPERTY.  You are a financial slave in these financial systems, as when you issue a promissory note to a bank, agreeing to make them your agent, they issue an IRS OID document to the central bank (the IRS in this instance acts as the clearing agency), and your account money flows via Treasury Direct to the bank as the source of the loan. The local bank then charges you interest on your own account, and if you don’t pay on time, then repossesses the vehicle and sell it at auction, an asset for which they put no funds of their own at risk, which is the lawful definition of a mortgage.

I am not your mother, father, aunt or uncle and I am not here to tell you what to do with those TDA accounts.  I personally would not try accessing them until this situation has been resolved in Knoxville, as its clearly meant to make an example of fear from Randall and Heather.

This action is international politics at its worst and has ties to both China and Russia. Since it is political, its vitally important to make it as visible as possible.  They want to make both Heather and Randall disappear.  The AIIB bank has failed.  And they are not happy.

More to come… I have an appointment to keep….

PS: For a taste of the Tennessee justice system read this article:
https://www.nytimes.com/2017/08/01/magazine/she-was-convicted-of-killing-her-mother-prosecutors-withheld-the-evidence-that-would-have-freed-her.html