BZ: I sent this article to Heather and this was her reply…

subject: RE: The Untold Story About Obama’s Former CIA Dire

“america” has been treated, and was set-up to be treated by some perspectives, as the global whore…..the premeditation is well-known and well-documented…

perhaps a valkyrie, momentarily donning a whore’s clothing to get past the old guards in order to change it all… forever 🙂

Authored by Richard Galustian via TheDuran.com,

“Why does John Brennan need a security clearance other than to commercially exploit it? “

Let’s get something clear from the start.

In 1976, in his 20s, John Brennan was a card-carrying communist who supported the then Soviet Union, at the height some might say of the Cold War, so much so he voted and assisted Gus Hall, the communist candidate for President against a devout Christian, Jimmy Carter who ultimately won the Presidency.

Yet under four years later, just after the then Soviet Union invaded, just weeks before, Afghanistan and months after the tumultuous Iranian revolution of 1979, which at the time many thought the Soviet Union had a hand in, Brennan was accepted into the CIA as a junior analyst.

At that time, John Brennan should have never got into the CIA, or any Western Intelligence agency given his communist background.

Think on that carefully as you continue to read this.

Also reflect on the fact that Brennan, later in his CIA career, was surprisingly elevated from junior analyst to the prestigious position of Station Chief in Saudi Arabia where he spent a few years.

Its said he was appointed purely for ‘political’ reasons, alleged to have been at the direct request of Bill Clinton and other Democrats not because of a recommendation or merit from within the Agency.

Its further said that the Saudis liked Brennan because he became very quickly ‘their man’ so to speak. Some reports, unsubstantiated, even allege Brennan became a Muslim while there to ingratiate himself with the Saudis.

The article contains many revealing facts and evidence, while giving a flavour, of the feelings of many in the CIA who felt that Brennan was totally unsuitable and unqualified to be Director of the Central Intelligence Agency. 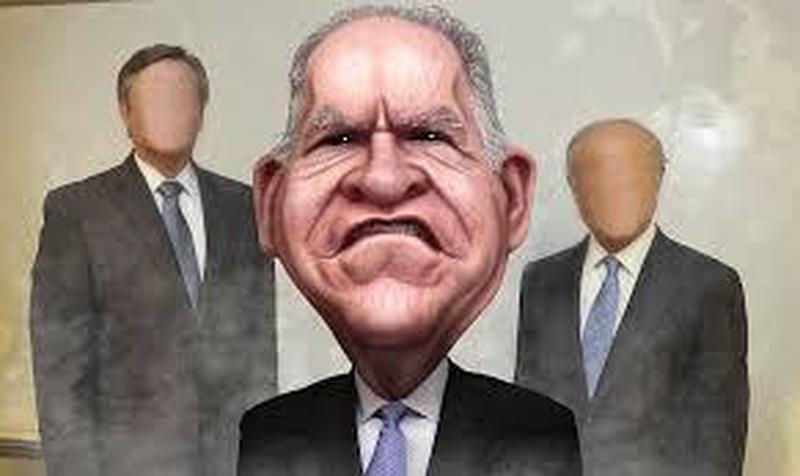 A final controversy is the little known fact of Brennan’s near four year departure from the CIA into the commercial world, having been ‘left out in the cold’ from the CIA, from November 2005 to January 2009 when he was CEO of a private company called ‘The Analysis Corporation’. 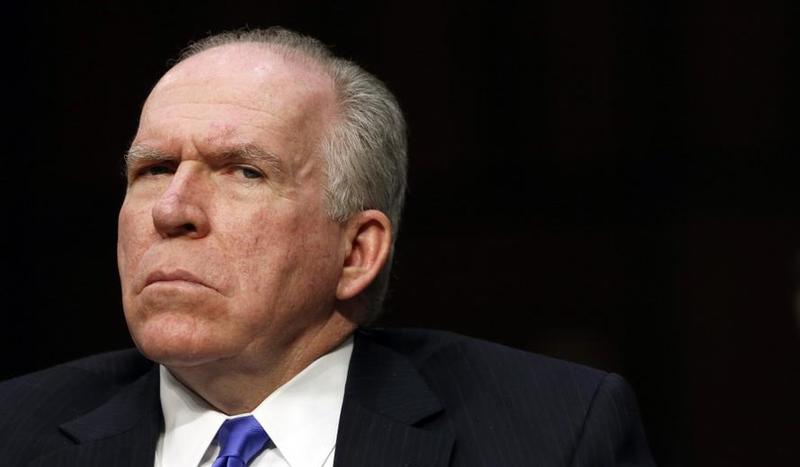 So why was he then reinstated into the CIA, to the surprise of CIA’s senior management, by newly elected President Obama, to head the CIA? No answer is available as to why he left the CIA in 2005.

Lastly let’s not forget Brennan’s many failures as CIA head in recent years, one most notable is the Benghazi debacle and the death of a US Ambassador and others there. Something else to ponder.

Back to the present an the issue of security clearances. 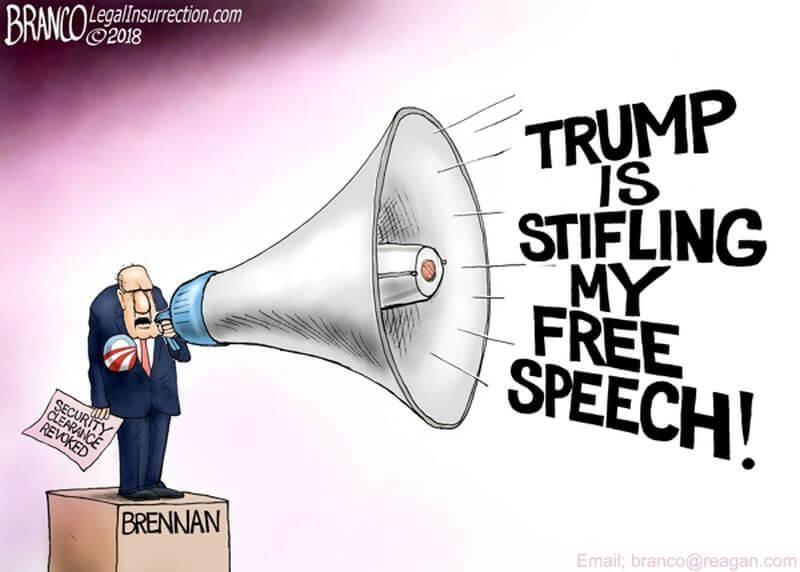 A simple question follows. Since he is no longer in the CIA, why does he need a security clearance other than to commercially exploit it? 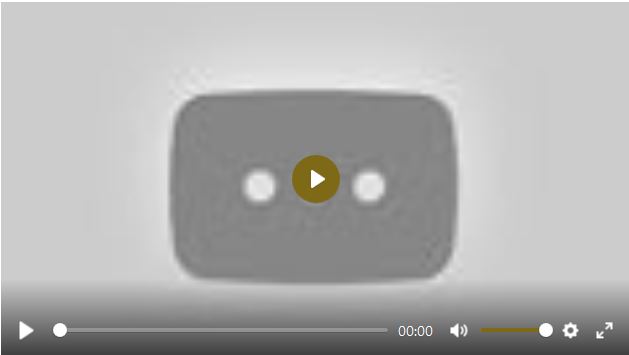 Last month what can be described as 200+ ‘friends of Brennan’, former CIA officials of varying rank, responded against the removal of former CIA Director Brennan’s security clearances, in support of him.

These men and women too most likely will have their clearances revoked.

Since the only purpose they retain it is to make money as civilians?

A potentially more serious issue than ‘the Brennan controversies’ is that the US intelligence community has around 5 million people with security clearances as a whole includes approximately 1.4m people holding top secret clearances. It is patently a ridiculously high number and makes a mockery of the word secret. 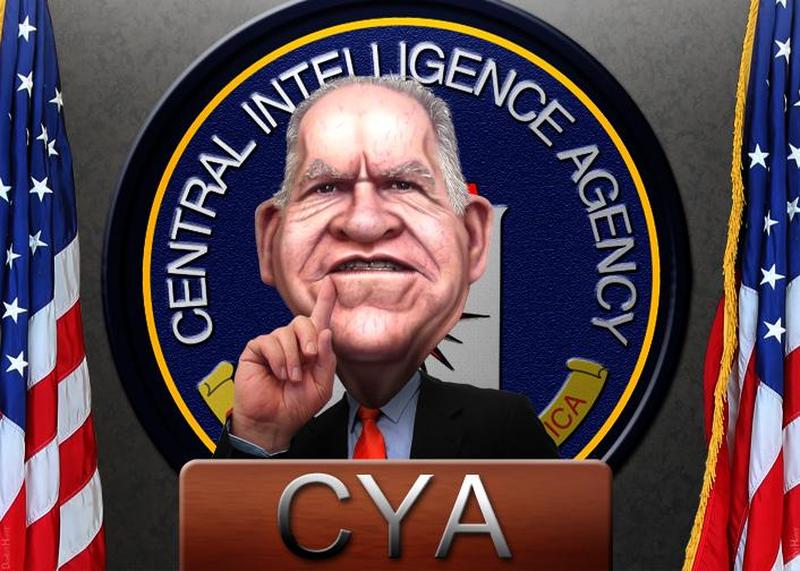 Former CIA veteran Sam Faddis is one of the few people brave enough and with the integrity required, that has stood up and told some of the real truths about Brennan in an ‘Open Letter’, yet this letter’s contents have hardly at all been reported in the media.

Generally by nature, CIA Officers sense of service and honour to their Country, their professionalism and humility, and disdain for publicity has dissuaded most of them to enter the current very public Brennan controversy; but for how much longer?

As stated earlier, former CIA professional Sam Faddis explains what’s wrong with Brennan in his revealing letter originally published in AND Magazine, abbreviated for space below.

I implore you to cease and desist from continuing to attempt to portray yourself in the public media as some sort of impartial critic concerned only with the fate of the republic. I beg you to stop attempting to portray yourself as some sort of wise, all-knowing intelligence professional with deep knowledge of national security issues and no political inclinations whatsoever.

None of this is true.

In your capacity as an analyst for the Central Intelligence Agency, while still a junior officer, you were designated to brief the President of the United States who was at that time Bill Clinton. As the presidential briefer, it was your job to read to the president each morning finished intelligence written by others based on intelligence collected by yet other individuals. Period.

While serving as presidential briefer you established a personal relationship with then President Bill Clinton. End of story.

Everything that has transpired in your professional career since has been based on your personal relationship with the former president, his wife Hillary and their key associates. Your connection to President Obama was, in fact, based on you having established yourself by the time he came to office as a reliable, highly political Democratic Party functionary.

All of your commentary in the public sphere is on behalf of your political patrons. It is no more impartial analysis then would be the comments of a paid press spokesman or attorney. You are speaking each and every time directly on behalf of political forces hostile to this president. You are, in fact, currently on the payroll of both NBC and MSNBC, two of the networks most vocally opposed to President Trump and his agenda.

There is no impartiality in your comments. Your assessments are not based on some sober judgment of what is best for this nation. They are based exclusively on what you believe to be in the best interests of the politicians with whom you long since allied yourself.

It should be noted that not only are you most decidedly not apolitical but that you have been associated during your career with some of the greatest foreign policy disasters in recent American history.

Ever since this President was elected, there has been a concerted effort to delegitimize him and destabilize him led by you. This has been an unprecedented; to undermine the stability of the republic and the office of the Presidency, for solely partisan political reasons. You and your patrons have been complicit in this effort and at its very heart.

You abandoned any hope of being a true intelligence professional decades ago and became a political hack. Say so.