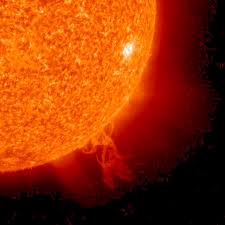 The Sun is not a Nuclear furnace raging at millions of degrees . It is Electric and Cold!

The nuclear furnace myth of the Sun, which was created to support energy baron profits and control, is exposed by Eric Dollard for the sham it is. This invalidates all tokamak fusion reactors based on the idiotic theory that the sun is a nuke furnace. Meaning, that 48 billion dollars of taxpayer money has been wasted on this fraud called nuclear fusion.
This is how the racket is run folks, TPTB fund all of this worthless quackademic psyence in order to keep you paying for energy, which should be pracitically free in all applications.

Their slave system of backwards explosion based technologies insures them that we keep paying for their fuels, fighting their dirty lying wars and enriching the subhuman filth who profit from these demonic world destroying activities.

The Sun’s energy comes from the Creator’s still magnetic light Universe and not another dimension. The Magnetic light Universe controls all motions of our Electric Universe which gives form to Atoms, Suns, Galaxies and everything else in Creation. The magnetic Universe is dimensionless, zero temperature and zero curvature. It is the fulcrum from which sex divided electric conditions of male and female spiraling wave forms create the illusion of the 3d Comsic Light Cinema which man calls the Electric Universe, aka “Maya”.

The many absurd claims about the Sun’s temperature being 30 million degress in the corona and 15 million degrees inside are therefore false. Since there is no heat in space it is impossible for the Corona to be 30 degress, let alone 30 million degrees. The quacks who claims these high temps reason that it is the mythical process called “nuclear fusion”, which generates the x-rays which orginate in the Sun. However, your dentists use electrical methods to create x-rays which do not require these insane temps quackademicians dream up to make them appear to know something about the Sun. Nuclear fusion is fraud concocted by the mythematicians of quackademia and does not even exist!

Heat does not travel to the Earth through the immense cold of space, it is created here as the electric wave forms coming from the sun strike matter creating an Actinic effect on Earth, moons and planets of our Solar System, which we call heat and light.

Some interesting musings By Luis Prada. Filter out all the “newage” and academic quackery and you will see many ideas shared by Viktor Schauberger, Nikola Tesla and Eric Dollard

For a detailed analysis of the True Nature of our Sun and all stars see: chapter 47 of my free online book Free Energy and Free Thinking

Chapter 47: The Actual Electric Sun vs. the Solar Nuclear Furnace “theory” of quackademia

Viktor Scauberger speaks on the true properties of our Sun:

And this is perhaps the moment to drop
Viktor Schauberger’s bombshell! Viktor considered
the Sun to be a cold, dark body,
expressing this view in the introductory
remarks to “Questions for Science” in his
book Our Senseless Toil published in 1934, in
which he states:

Since the very beginning of time the Sun has
stood above everything, staring down in icy
silence at the frenzied activities of humankind,
who regard it as a fiery orb. How could it be otherwise,
such is their direct mental approach
towards life! The closer we approach this source of
light and heat, the colder and. darker its face will
become. The nearer we are to it, the brighter the
stars will be and as its light diminishes, heat,
atmosphere, water and life will also disappear…..

We shall therefore examine the two
claims of darkness and cold more closely. Let
us begin with the aspect of darkness, for
there is some evidence to support his view
that, without any atmosphere, no stars would
be visible.”