“The Star Gate Project” Did The US Government Really Shut It Down? 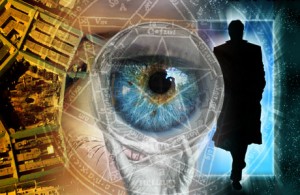 “The Star Gate Project” What Is It? Did The US Government Really Shut It Down?
By Arjun Walia, published on December 10, 2013

“Star Gate” is a Defense Intelligence Agency (DIA) program which involved(s) the use of phenomena that many in the mainstream world still consider non-existent. Project “Star Gate” in particular lasted for 25 years before it was unexpectedly shut down.(1)(2)(3)  Much of the material and research from the program still remain classified. “Star Gate” incorporated(s) consciousness, paranormal phenomena, ESP, remote viewing, and more for intelligence collection and research.(1)(2)(3) How can the Department of Defense  have programs that study these phenomena for over 35 years when our mainstream world still doesn’t consider it real enough to study?

I find the name “Star Gate” intriguing and wonder what inspiration lay behind the name chosen by those who initiated the program.  It’s unfortunate that these concepts are not studied by major universities and our mainstream world, the significance of these realities can be far reaching. Having major educational institutions governing what type of “knowledge” is useful for learning isn’t fair. It’s simply a stepping stone for people to integrate themselves into a system that no longer resonates with the majority on the planet. As a result, extended human capacities, which are completely natural and lay dormant within all of us, remain unused, undiscovered, and not provided the opportunity to grow.

Star Gate was declassified in September of 1995, and the final report was released to the public which concluded that “a statistically significant effect had been demonstrated in the laboratory,” but that there is compelling evidence that the CIA set the outcome with regard to intelligence usage before the evaluation had begun. This was accomplished by limiting the research and operating data sets to exude positive findings, by purposefully not interviewing historically significant participants, by ignoring previous DOD extensive program reviews, and by using the questionable National Research Council’s investigation of parapsychology as the starting point for their review.(1)(3)

It was concluded that even if paranormal phenomenon occurs under the conditions present in the setting of a laboratory, (which it did) conditions would still differ outside the lab  and have limited applicability and utility for intelligence gathering operations in the real world.  The review was done by a group of experts, one of them being Dr. Jessica Utts, a professor in the Division of Statistics at the University of California, Davis.(1)(3)

It is concluded that psychic functioning has been well established. The statistical results of the studies examined are far beyond what is expected by chance. Arguments that these results could be due to methodological flaws in the experiments are soundly refuted. Effects of similar magnitude of those found in government experiments have been replicated at a number of laboratories across the world.(1) Dr. Utts

Star Gate, after a 25 year run was shut down due to it’s lack of applicability within the world of intelligence gathering. Most people these days know that the explanations for a previous, extremely classified subject are not always indicative of the truth. Could there have been another reason for the shut down? Did the US government really shut it down? Is there evidence to suggest that it was “shut down” for other reasons?

There is some evidence that suggests  it was not shut down at all. First of all, these programs are called Special Access Programs, they are extremely classified and extremely secretive, the full extent and findings within these programs are not yet, and never have been known to the main stream world, but truth can’t remain concealed forever. They are so secretive that they do not even have to report to the congress, they are exempt.(4)(7) That means there is absolutely no oversight into these programs, no body has any idea about what is going on and who is involved. You can read more about the recent leak by Edward Snowden on the black budget here, it could be taking in trillions and trillions of dollars each year.

Another significant reason, some might call it definitive proof that the program is still running  is the ‘whistle-blowing,’ of Ingo Swann. Ingo was the primary participant in multiple studies conducted by the CIA, NSA, the DOD, alongside researchers at  Stanford University, on the subject of  ”Remote Viewing.”(1)(2)(3)  Remote Viewing is the ability of an individual to describe a remote geographical location of up to several hundred thousand kilometers away from their physical location.

The FOIA (Freedom of Information Act) resulted in the government’s recent admission of its two-decade plus involvement in funding highly classified, special access programs in remote viewing and related psi phenomena. First at Stanford Research Institute and then at  Science Applications International Corporation (SIAC), both supplemented by various in-house government programs.(2) – H.E. Puthoff

During the experiments, Ingo was able to successfully remote view the rings around Jupiter before the NASA pioneer 10 made a fly by of the planet. All of this is documented in the literature.(2)(1)(3) What is not documented is the fact that Ingo Went on to write multiple books sharing is experience within the program. In his experience, he describes intelligence officers coming to get him, blind folding him, transporting him to locations that were underground where he would speak to another man in a suit.(5)

Ingo expressed that the reason the program was declassified was so they (DIA) could say it was shut down and didn’t find anything worthy of use within the intelligence community. It was really shutdown and declassified so it could remain secret, and so they could say “it’s been declassified, nothing more to see here.” Ingo expressed that it was highly classified, and that they publicly shut it down because remote viewing and psychic phenomenon is one of the greatest threats to government secrecy.(6) This seems to me to be a much better explanation of the apparent shut down of the program.

According to our best estimates, more than half of all U.S. government records are classified. For an archivist seeking to preserve and understand our history, that means most of our history is kept secret from us, think about that for a moment – Richard Dolan

Human beings are capable of much more than they are currently aware of. Many of these capacities (as illustrated earlier) still remain known, but hidden. Regardless, truth cannot remain concealed forever, it will eventually make it’s way out over time. What is occurring here are natural phenomena, it’s nothing to fear. In our not-too-distant history, exploring concepts such as these was viewed as a heretic act. Fear was used as a form of control, and people were taught to be wary of these concepts and stay away from them as if they were the work of something not so pleasant. The dominant ruler on the planet in these times was the Catholic Church, and it was common for them to ban and forbid knowledge that did not fit the accepted framework, worldview or paradig. Things are changing, and extended human capacities like ESP are beginning to be seen in a new light.

The implications of this are far reaching. From birth we emerge into a world with so much to discover. As children, discovery is the joy of life. That sense of discovery is taken from us at a very early age. We are placed into the educational system very fast and told that “this” is how the world is and what we need to do to be “successful” in it. This immediately shifts our attention away from what is really important, into a framework of a robotic like existence, trapping ourselves into a program and way of life that does not resonate with our souls, and is not in balance with our natural selves. In the mean time, we let our planet suffer, and let others live in conditions that nobody deserves to live in.

We can live in a world that is built upon cooperation, and service to others. Where all needs are met, and  the enthusiasm of discovery we had when we were children is encouraged and extended. If we did this, the human race would be living in world of more wonder and potential, far beyond the limitations we put on ourselves today. The only barrier that prevents us from getting there is the place at which the human race chooses to operate from.

We don’t have the best track record in using our ‘scientific discoveries’ to benefit the whole. The only way we can continue forward with our exploration beyond this point is if our intention for creation has the entire planet and every living being on it first in their heart. Technological developments must work with nature, not against it. The same concept applies to extended human capacities, and specifically the place to which we choose to apply them.

Using extended human capacities and new technological discoveries with the intention of doing nothing but good for the entire collective, would be a really cool planet to live on.