by Rep. Devin Nunes, published on The Washington Examiner, on April 5, 2019 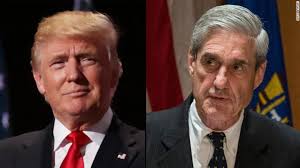 As the Russia collusion hoax hurtles toward its demise, it’s important to consider how this destructive information operation rampaged through vital American institutions for more than two years, and what can be done to stop such a damaging episode from recurring.

While the hoax was fueled by a wide array of false accusations, misleading leaks of ostensibly classified information, and bad-faith investigative actions by government officials, one vital element was indispensable to the overall operation: the Steele dossier.

Funded by the Hillary Clinton campaign and the Democrat National Committee, which hid their payments from disclosure by funneling them through the law firm Perkins Coie, the dossier was a collection of false and often absurd accusations of collusion between Trump associates and Russian officials. These allegations, which relied heavily on Russian sources cultivated by Christopher Steele, were spoon-fed to Trump opponents in the U.S. government, including officials in law enforcement and intelligence.

The efforts to feed the dossier’s allegations into top levels of the U.S. government, particularly intelligence agencies, were championed by Steele, Fusion GPS co-founder Glenn Simpson, and various intermediaries. These allegations were given directly to the FBI and Justice Department, while similar allegations were fed into the State Department by long-time Clinton aide Sidney Blumenthal.

Their efforts were remarkably effective. Officials within the FBI and DOJ, whether knowingly or unintentionally, provided essential support to the hoax conspirators, bypassing normal procedures and steering the information away from those who would view it critically. The dossier soon metastasized within the government, was cloaked in secrecy, and evaded serious scrutiny.

High-ranking officials such as then-FBI general counsel James Baker and then-Associate Deputy Attorney General Bruce Ohr were among those whose actions advanced the hoax. Ohr, one of the most senior officials within the DOJ, took the unprecedented step of providing to Steele a back door into the FBI investigation. This enabled the former British spy to continue to feed information to investigators, even though he had been terminated by the FBI for leaking to the press and was no longer a valid source. Even worse, Ohr directly briefed Andrew Weissmann and Zainab Ahmad, two DOJ officials who were later assigned to special counsel Robert Mueller’s investigation. In short, the investigation was marked by glaring irregularities that would normally be deemed intolerable.

According to Ohr’s congressional testimony, he told top-level FBI officials as early as August or September 2016 that Steele was biased against Trump, that Steele’s work was connected to the Clinton campaign, and that Steele’s material was of questionable reliability. Steele himself confirmed that last point in a British court case in which he acknowledged his allegations included unverified information. Yet even after this revelation, intelligence leaders continued to cite the Steele dossier in applications to renew the Foreign Intelligence Surveillance Act warrant on former Trump campaign adviser Carter Page.

It is astonishing that intelligence leaders did not immediately recognize they were being manipulated in an information operation or understand the danger that the dossier could contain deliberate disinformation from Steele’s Russian sources. In fact, it is impossible to believe in light of everything we now know about the FBI’s conduct of this investigation, including the astounding level of anti-Trump animus shown by high-level FBI figures like Peter Strzok and Lisa Page, as well as the inspector general’s discovery of a shocking number of leaks by FBI officials.

It’s now clear that top intelligence officials were perfectly well aware of the dubiousness of the dossier, but they embraced it anyway because it justified actions they wanted to take — turning the full force of our intelligence agencies first against a political candidate and then against a sitting president.

The hoax itself was a gift to our nation’s adversaries, most notably Russia. The abuse of intelligence for political purposes is insidious in any democracy. It undermines trust in democratic institutions, and it damages the reputation of the brave men and women who are working to keep us safe. This unethical conduct has had major repercussions on America’s body politic, creating a yearslong political crisis whose full effects remain to be seen.

Having extensively investigated this abuse, House Intelligence Committee Republicans will soon be submitting criminal referrals on numerous individuals involved in these matters. These people must be held to account to prevent similar abuses from occurring in the future. The men and women of our intelligence community perform an essential service defending American national security, and their ability to carry out their mission cannot be compromised by biased actors who seek to transform the intelligence agencies into weapons of political warfare.