The Pyramid of Tesla

The Pyramid of Tesla 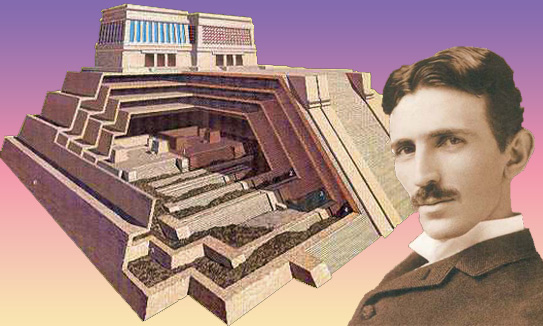 “The lines of force of the electric charge additioned to the fields from the sun act on the walls of a pyramid. The magnetic equipotentials show a high magnetic density in the summit. The voltage of the electric field increases of 100 V per meter. The terrestrial negative field reaches its maximum value at the summit of the pyramid; at the top of the pyramid of Giza, the voltage is 14,600 V. This pyramid is itself a capacitor, it accumulates an electrical charge. If an excess load is added, a discharge occurs at the top, and, as we know currently, that top was adorned with a solid gold capstone, an excellent conductor.”

To accentuate the pyramid effect, he had imagined to give the tower the octagonal shape of a pyramid topped by a half sphere. Why octogonal? Tesla does not explain, but when we read his memoirs, we understand that he sensed a scientific discipline that did not yet exist, geobiology, and the theory of waves of forms. From the perspective of traditional physics, the fact that the tower is octagonal is insignificant. It could be square or have an infinite number of faces, that is conic.

As for the square shape of the pyramids, the engineer Gustave Eiffel has chosen it for his tower, precisely because it is a guarantee of stability, as the four legs and the widening elevation. Built in 1889, our national tower was already fairly well known to be his model. As Wardenclyffe Tower, the Eiffel Tower has a pyramid effect which makes it pick at the top, even without a storm, a DC current. Its lightning rod “makes” thus some electricity that goes down in a cable to be delivered to the earth.

Unfortunately, Tesla was never able to finish his tower. He did not have the opportunity to carry out the planned experiments on Long Island that sought to bring rain in the deserts. Others before him had managed that. We know that Egypt has not always been desertic. The Greek historian Herodotus wrote that “Egypt is a gift of the Nile.” But it was in the 5th century BC. Since then, its climate has not changed much, and yet it has not always been so. The predynastic Egypt was rather a gift of the pyramids…

And if you go back even further, at a time when, according to Egyptologists, this region of the world was uninhabited, you will discover a startling rainfall. For a millennium, at least, a downpour fell on the Nile Valley. Witness of these continual showers, the Sphinx and its sides deeply marked by rain erosion. According to climatologists, the Sphinx must have more than ten thousand years old, and come from a period of higher rainfall. One can imagine that the great pyramids of Giza date from this period.

The rain came down to no end on these regions as the pyramids, under the supervision of skilled technicians, continued to function. Gradually, knowledge has been lost, the pyramids were robbed of their precious metal, and Egypt has shifted towards aridity.

These pyramids are made of a stone containing crystals that capture the electric charges of underground water. “ (Source) 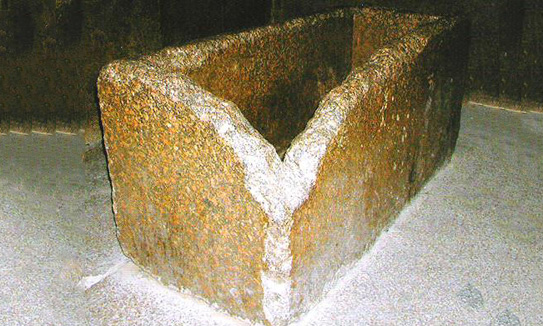 This is what happened in the Great Pyramid, but lightning was playing part too. As for the piezoelectric effect, if it is perhaps playing a part too, we must not neglect the natural conductivity of the rocks in alternating polarization. in addition, the author of the article cited in reference ignored the discharge bows, whose function is not architectural at all. Egyptologists have not understood their use, however a resorting to the Akashic Records allowed them to give them a perfect name: the discharge bows were electric arcs that actually sent discharges!

Connected to the top capstone by surfaces and metallic rods, they received the atmospheric energy, accumulated it and emitted “a discharge of high energetic ion abundance” in Isis’ Chamber where the candidate to awakening was lying in the stone sarcophagus … 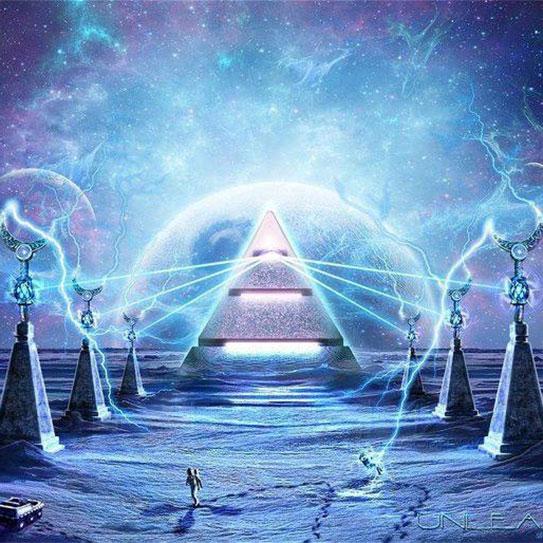