The Perceived Power of ‘The Illuminati’ or Global Elite

The Perceived Power of ‘The Illuminati’ or Global Elite

by Arjun Walia, published on Collective Evolution, on December 12, 2016 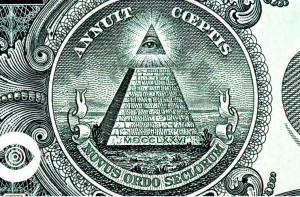 Whether it be the increased and repetitive use of particular hand gestures by an assortment of celebrities, the captured footage from places like Bohemian Grove, or the various individuals speaking out with direct past experience within the group, it is becoming increasingly apparent (borderline obvious) of the existence of a controlling elite. They control the media, dictating what we are and aren’t exposed to. They control the health industry, putting chemicals in our food and pushing harmful drugs and vaccines. They are in our education. Financial structure. Religious institutions.

The Illuminati seem to be everywhere.

But proof of their existence is not the intention behind this article. Nor is it to further promote hatred or anger towards them. The focus of this article is instead to look at what dictates the level of power these few seem to hold on this planet. And more importantly how easily that power could shift.

So what is it, that in this moment, makes the Illuminati so powerful and seemingly in control of so much on planet Earth?

It’s not their positioning at the top of almost every major structure we play with. It’s not a believed pact that they hold with a so-called Satanic figure. Or any other popular fact or belief.

The answer is simple…it’s us.

Whether you don’t believe in their existence, hate their guts, couldn’t care less, or support their cause, you are a contributing factor, just as I am.

The elite rely upon us to maintain the level of control that they have. Think about it even in terms of numbers.  Are they the majority, and therefore hold their power by sheer numbers? Not even close! Realistically we probably outnumber them at a figure that I dare say is close to a million to one.

The Illuminati maintain their power primarily through something we all play with… fear. And not just a fear of what they are capable of. But more so a fear of what the world would be like without them. Not them individually, but what they have created. So many of us can’t imagine a world without a financial system to govern trade, a world without religion to give us faith in a new tomorrow, a world without a police force/ military to keep peace. We can’t imagine it to such a strong degree, that we actually fear it!

This is the key tool the controlling elite uses to keep the wheel spinning. They have made us afraid of ourselves and each other. We have become so disconnected from each other that we feel that without some form of regulation in place, we would steal, murder, and destroy the planet leisurely.

But where did this disconnection come from? From nowhere but the system that we are afraid to not uphold.

In our purest state, we are all loving individuals, naturally designed to co-exist and be harmonious with one another. Look at the way we come together in times of need, assisting our brother or sister when they need our help.  Look at the way we develop friendships and experience love. Look at the way we can all smile and share a laugh. For some, these examples may seem pointless, but I have put them here to remind us of the simplicity to who we are, in hopes of inspiring you to not only remember these moments, but to also realize how wonderful it would be to openly share them with all of humanity.

That is who we are.

So how do we get all of humanity to get back to this natural state? It may seem like a daunting and impossible task. But the solution starts with you. Make the conscious decision to be you, in your purest state, right here and right now. Notice how I am NOT saying to rebel against the system, start a riot, quit your day job, or whatever your mind might make seem so enticing. Instead just choose not to uphold what’s in place. Choose to not fear what the world would be like without so much of what we have become accustomed to.

It may seem like a lonely road at first, and even for some a road filled with ridicule from others. But what feels more comfortable? To continue to play in that which you so clearly see through? Or to take that leap towards what you have come to understand?

It’s only in taking that leap that we find true peace. And from that peace, others will be inspired. And as more and more become inspired…

…who will be left to oppose your views?

…who will be left steal, murder, or destroy the planet?

…who will be left to be the military upholding the military state the Illuminati may or may not be looking to incorporate?

Because we will all be too busy experiencing this planet in a state of peace and love like never before.