The OPPT and IUV was a thorn that the Cabal did not plan on! 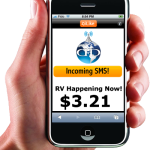 The OPPT and IUV was a thorn that the Cabal did not plan on!
by John MacHaffie, published on NESARA News, on July 21, 2013

I wanted to share with you that Dee from RTS was correct!  The Cabal had no intention of approving the RV because it is counterproductive of their plans to implement the NWO through economic destruction and depopulation measures.

The OPPT and IUV was a thorn that they did not plan on!  The IUV documents convert each of us into a sovereign bank in and of ourself.  It is the same procedure that the FED uses to convert our birth certificates into negotiable bonds.  The difference is that we own and control our bonds and establish our own value.  Upon presentation, the FED is obligated to deposit our established value into an account for immediate use.

The announcement proposing the IUV on June 25 is what caused the Cabal to act by moving Iraq out of Chapter 7 Bankruptcy and revalue their currency.  The US Cabal  Government could not comply with the Basel Accords; they had no intention of doing so and was trading the Dinars on deposit by the whale investors to shore up the FED.  When the OPPT decided to test the IUV in New Zealand on Thursday, July 18, the RV appeared on NASDAQ  at a modified rate established by Obozo.

The test case in New Zealand resulted in the arrest of the presenter on the following day for FRAUD. What else could they do, when this is part and parcel of what they have been doing since the 1920’s.  A simple “Petition of Error” will diffuse the problem, and with a couple of modifications made to include the Courts Adjudication, this should be complete!  This will do more to drive the FED and NASDAQ out of business than anything currently being done! [Banker arrests].

Dee said that the FED was terrified about the release of the IUV and was attempting to muddy the waters and distract the awakened portion of the World by approving the RV at a very low rate.

The  paperwork and instructions on what and how to prepare the documents to submit To the FED should be available real soon for everyone, Dinar holders and Non-Dinar holders.

Hopefully the awakened portion of the world will not be sucked in, but rather further educated.

7 Comments to “ The OPPT and IUV was a thorn that the Cabal did not plan on!”