by Sundance, published on The Conservative Tree House, on December 11, 2016 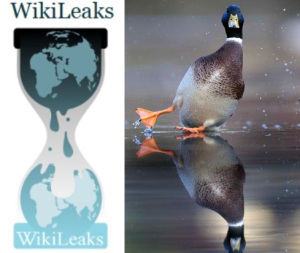 First, the media’s choice of wording is critical within both reports.

It is impossible to “hack an election“.  What was hacked was the DNC email system, and John Podesta’s email.  WikiLeaks published the content of both “hacks”.

Additionally, WikiLeaks has denied the source of the information was a foreign government.

Both The Washington Post and New York Times, simultaneously, published articles on Friday claiming anonymous sources within the CIA (note: intensely political CIA Chief John Brennan in charge) point to the Russian government as the originators of the hacking.   However, both articles are written with very obtuse and non specific language intended to cover over the fact these reports are not actually stating the official intelligence community are making these specific claims.

All other media outlets subsequently take this illogically based presentation and spin their coverage whereby the “DNC hacked” becomes “the election hacked“. 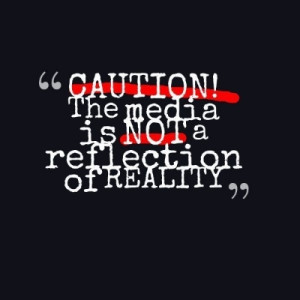 In essence, the MSM takes a politically manipulated original intelligence claim and pushes a political media angle within a manufactured story of their own creation.

When the media reports on their own media reports the concentric circle of a self fulfilling narrative expands toward the infinite horizon of nothingness.

Various Trump administration officials are then commanded to show up for interviews where they are asked to respond to the content of media reports which are based entirely on other manipulated media reports….. And that’s where we are today.

However, if anyone could actually pause and call out this nonsense they might find it useful to reference the already well known politicization of the entire intelligence community apparatus.  The politicization was/is so severe it led to an inspector general investigation:

More than 50 intelligence analysts working out of the U.S. military’s Central Command have formally complained that their reports on ISIS and al Qaeda’s branch in Syria were being inappropriately altered by senior officials.

The complaints spurred the Pentagon’s inspector general to open an investigation into the alleged manipulation of intelligence. The fact that so many people complained suggests there are deep-rooted, systemic problems in how the U.S. military command charged with the war against the self-proclaimed Islamic State assesses intelligence.

“The cancer was within the senior level of the intelligence command,” one defense official said. (link)

If, and that’s a big IF, there is any substantive truthfulness behind the politicized CIA accusation obtusely outlined within the Washington Post report, there is every reason to believe the anonymous sources are the same manipulative “senior intelligence command” already under inspector general investigation.

It is transparent to everyone the net intention of this ‘hacked election narrative’ is to provide the professional political UniParty class in Washington DC with a fortified defense mechanism to thwart off the incoming swamp draining.

The use of corporate media to protect the corporate legislative body is as familiar, and predictable, as Senators John McCain (see: Keating Five), and Lindsey Graham, fighting against term limits and finance reform on behalf of their corporate interests/benefactors, Wall Street and global interests.

However, moving forward there is considerable room for previously outlined optimism. The corruption within the intelligence community officials appears so severe, the White Hats are rising up from within the Defense Department to tackle it head-on.

With General Mattis as Secretary of Defense, Michael Flynn as National Security Advisor, General John Kelly as Secretary of Homeland Security, a top-of-class West Point graduate in Mike Pompeo brought in to take over and undoubtedly purge the CIA, and a lame duck struggle breaking out over the NSA with Admiral Mike Rogers, the implications are pretty obvious.

The white hats we have needed within the national security and intelligence departments are responding from a select group within the Defense Department.  This DoD surge appears to be why corporate interests are railing against “too many generals”.  The DoD generals also appears to be why all of those interests -within all of those corrupted political intel institutions- are going nuts thinking about what lays ahead.

Mounting evidence supports the ongoing thesis the Department of Defense has actually seceded from the political elites.  A wonderfully patriotic soft coup has taken place; and with the election of President Donald Trump, the white hats are poised on the horizon to reconstruct a nationalist-minded defense, security and intelligence apparatus.

This is the fundamental paradigm shift many have quietly discussed, yet few imagined possible.  Elevate your thinking… I mean REALLY elevate.  Now, Look closely: 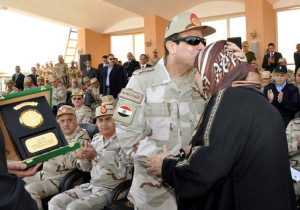 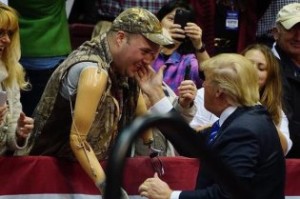 They have much more in common than people are currently grasping…. Think about it.