The Most Honest Three Minutes In Television History

The Most Honest Three Minutes In Television History 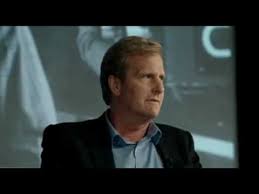 Brutally Honest trump supporter tells it like it is.
https://www.youtube.com/watch?v=ra7dD…

Take a moment and think about it. Remember it, Share it and maybe, just maybe, we can be great again!

The point of this video? Not to create animosity nor give an audience to hateful statements from people who, because of their own apathy, in part created the world we now live. The point of this video is to make anyone who cares to pull together and stop the down fall as best as they can. To be good to one another and stop blaming everybody else for our own short comings. To heal ourselves so that we can heal others. Not as separate parts, but as a whole sum of Humanity!

This video has now been seen in 190+ countries!
Still people don’t seem to be getting the point.
I am a human being just as you. Doing things for the right reasons just as you.
If you’re not treating your fellow man (Mankind) (Human Beings) with compassion, or at least treating them as you would be treated, then how are you helping the situation.
And if you’re not helping the situation, then what are you doing?
Its not about invisible lines that divide us rather human qualities that unit us.

It’s a lie to think your not good enough. There are two entities in the world.
1. Evil This is where one feels Anger, Jealousy, Greed, Resentment, Lies, and Inferiority.
2. Goodness This is where one feels Joy, Peace, Love, Hope, Humility, Kindness, Empathy and Truth.
As I read over the comments I see both Evil and Goodness shared. It is not a country that is evil or good. Rather it is a personal choice of the people in any country to be either Good or Evil. And they do so through their actions.