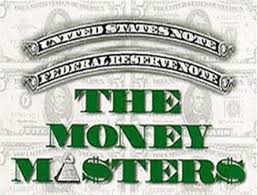 After 21 years, at last our 1996 documentary, “The Money Masters” arrives on this channel. Synopsis: The history of the debt money system promulgated by privately-owned central banks masquerading as central banks owned by the state and operating in the public interest. How monetary reform can fix the problems caused by the resulting “national debt” system of money creation.

This film was made one year before the introduction of digital video. It was filmed and edited on video tape and consequently, every time it was copied, it lost resolution.

This copy was made directly off the DVD to which it was transferred about 10 years ago.

In the future, I hope to reassemble the original master version which was on Sony beta video tape and remaster a version with substantially higher resolution; but, in the meantime, this will have to suffice. Bill Still

3 Comments to “ The Money Masters”