The Mandela Effect: What in the Hell Is a BerenSTAIN Bear?!

The Mandela Effect: What in the Hell Is a BerenSTAIN Bear?!

by Melissa Dykes, published on Truthstream Media, on September 15, 2015 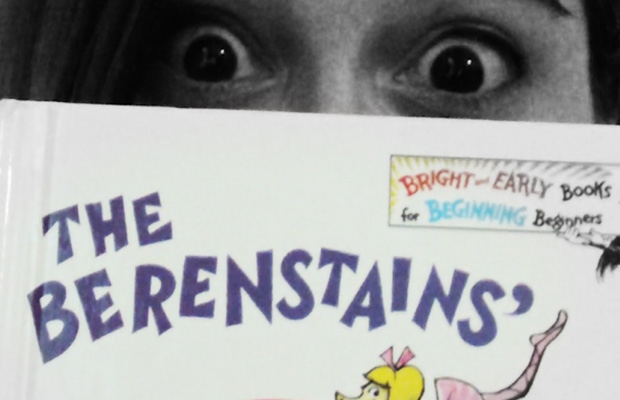 Truthstream Media | My life was totally normal (well, as normal as one’s life gets when they work in the alternative media wherein they pretty much spend most of their time pointing out how fake and contrived everything is).

That is, until last Friday.

That’s when I was sent a bevy of information on something dubbed “The Mandela Effect”.

Now nothing will ever be the same ever again.

You see, while I have spent years of my life pointing out the inconsistencies we have been taught, both in school as children and today on a daily basis by our establishment-loving, agenda-driven, history-rewriting, bought-out mainstream media, there are some basic things about the world which have always been set in stone for me. Let’s see, things like the fact that cats go “meow” and dogs go “woof,” or that the sun rises in the East and sets in the West.

Maybe that’s my mistake… that I did not realize before now nothing is set in stone.

One such item on the aforementioned list is what I always believed is a hardcore fact: that, as a child, I grew up learning how to read with a cute little family of bears named “Berenstein”.

That’s BerenstEin… with an “e”.

Well apparently, regardless of a multitude of vivid childhood memories lodged in the cracks in my grey brain matter to the contrary, the Berenstein Bears never happened.

Someone asked me how I spell the last name of these bears on Friday. That’s when it was brought to my attention that it is now spelled “BerenSTAIN”… with an “a”.

I rushed to my son’s bookshelf to grab my sentimental copy of “The B Book,” a book which I first learned to read with my mother and which I in turn read to my children.

To my complete and utter shock, it said “Berenstain” with an “a”.

My jaw dropped. I immediately called five people and asked them if they remembered the Berenstein Bears and made them spell it, too. They all spelled it with an “e”. I couldn’t find one single person who spelled it “Berenstain” or remembered it being Berenstain. I did a search on Ebay for vintage Berenstein items… even though they all said “a” on the pictures (like this old lunch box here), many of the sellers wrote “Berenstein” in their titles! Even Ticketmaster is spelling it with an “e,” dammit! The web is filled with people asking what in the hell a Berenstain Bear is!

That’s when I realized that I am not even remotely alone in this… Hundreds, if not hundreds of thousands, if not millions of people remember the Berenstein Bears. It cannot just be a mass hallucination. I couldn’t find a single person I know in real life who remembers the Berenstain Bears. In fact, I can vividly recall trying to reconcile in my little kid mind whether it was pronounced “Beren-steen” or “Beren-stine” (like Frankenstein). I also know myself well enough to admit openly to you all right now that if they had been called the BerenSTAIN Bears, I would’ve made fun of that for… actually, I’d probably still be making fun of that today.

Until a few days ago, I lived in a world where there was no such thing as a Berenstain Bear.

While this may seem like a trivial little detail, just the spelling of a children’s book, it isn’t for me (or Aaron, by the way, who made me turn the book face down so he wouldn’t have to look at what he feels like is a misspelling).

For us, this raises even more questions about whether reality can be retroactively altered and what the true nature of the universe is. It is not simply the issue of an unreliable memory (or, for us, what would amount to dozens of unreliable memories), but one of a collective memory distortion as there are simply too many people who clearly, vividly recall the Berenstein Bears.

Are we living in a holograph? A computer program? Is this a glitch in the Matrix? A parallel universe? An alternate dimension folded in on our own? Has CERN opened up a wormhole? Have time travelers changed something, no matter how seemingly inconsequential, in the past and now subtle things at present have been forever altered, like our beloved Berenstein Bears?

What in the blue HELL is going on?