The Incredible Science Of Precognitive Dreaming

The Incredible Science Of Precognitive Dreaming

by Alanna Ketler, published on Collective Evolution, on March 15, 2016 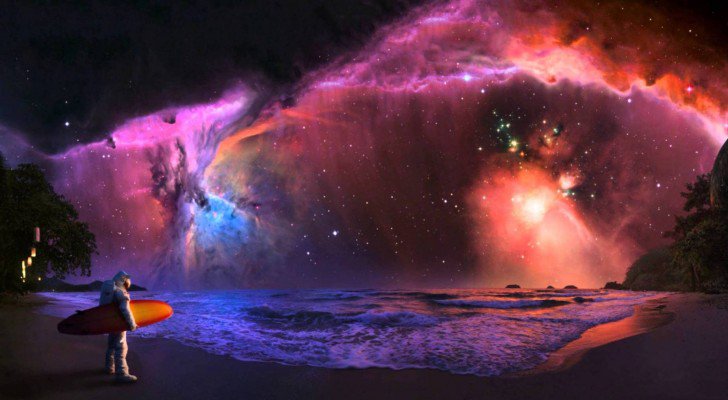 The world of dreams is a mystery to all. We dream every night when we go to sleep, though sometimes we remember our dreams and sometimes we do not. It can be a lot of fun to relay your dreams to friends and coworkers the next day, but often their significance is only perceptible to yourself and you end up boring your audience with a long, drawn-out recall of the previous night’s adventures.

Have you ever woken up from a dream so real that you were overcome with whatever emotion had been triggered in the dream, such as sadness, anger, bliss, or excitement? How about waking up with a huge sigh of relief that it was only a dream? Dreams can seem so real to our minds that our bodies actually respond as if they were.

Despite all our years of studying and trying to interpret dreams, the age-old question remains, what is the significance of dreams and do they actually mean anything in relation to waking life? Many people dismiss dreams as random thoughts formulated from the subconscious mind, but what about the concept of precognitive dreams — dreams about events or experiences that haven’t yet occurred, but end up taking place at a later point in reality? The very notion goes against what we know to be true of time and relativity; if time is linear, then precognitive dreams simply cannot be possible.

Is It Possible To Accurately Dream About The Future?

Dr. Stanley Krippner, Professor of Psychology at Saybrook University, has devoted his life to the research and experimentation of parapsychology, precognitive dreaming, and shamanism for the past forty years. He claims that this phenomenon of precognitive dreaming is not only possible, but his research can back it up. In an interview with Geraldine Cremine of Vice Motherboard, Krippner explained one of his most significant laboratory studies on precognitive dreaming:

Each night, the subject dreamer would go through an ordinary night of dreaming, with an intent to dream about an experience he would have the following morning. The dreamer was woken 4-5 times throughout the night to relay his dreams to an experimenter. The following mornings, experimenters randomly selected an experience from a number of prearranged options, and the dreamer was subjected to that experience. Dr. Krippner said there was no way for the participants to know what experience they would encounter before it was selected and administered.

The following is a specific example of a dreamer who, one night, had several dreams about birds in various different settings and circumstances. The following morning, the dreamer was exposed to one of the experiences selected at random. “The experience was to have him sit with earphones on,” Dr. Krippner said. “And what was played? Bird calls. He was also played a video. And what was played? Pictures of birds.” After the experiment, which lasted 8 days, was over, outside judges who were not a part of the original experiment were called in to determine the dreams of the dreamers versus the experiences they were subjected to upon waking. For each participant, the judges were able to find at least one match between a dream and the random experience on most nights of the experiment.

Even if we were to accept — at least for argument’s sake — that this phenomenon of precognitive dreaming is possible, we are still left wanting an explanation. And unfortunately, we simply don’t have one yet.

What we do know is that the unconscious mind is capable of having deep revelations during the rapid eve movement (REM) state of sleep, aka: the dream state. One example of such a revelation occurred in 1865, when chemist Frederich August Kekulé was struggling to understand how atoms in the benzene molecule were arranged. After wrestling with the problem for some time, he fell asleep and dreamt about a snake biting its own tail. Through this image, he conceived the benzene ring, revolutionizing organic chemistry in the process. But people come to much more mundane understandings during sleep all the time, as I’m sure you yourself have on one or more occasions, perhaps explaining where the phrase, I’ll sleep on it comes from.

Could Quantum Physics Be The Answer?

Quantum physics offers one theory for precognitive dreams, suggesting that during the uninhibited state of REM, the brain may be capable of identifying some kind of a signal that we aren’t aware of in our conscious state. These signals could assist with awareness of the future. This idea links to theories of quantum entanglement and the idea that two separate particles or points in time can interact as if connected to one another despite being spatially separated.

Dr. Krippner himself elaborated on how quantum physics could potentially explain  precognitive dreaming. “Quantum events happen on a different time scale to what most people live and experience in the West,” he explained. “We have this understanding of time that is: ‘past, present, future.’ But quantum physics gives you a different concept of time.” He says that these same concepts are found throughout the many indigenous cultures he studied during his research into precognitive dreaming and shamanism:

Many indigenous people see time going in a circle; it goes around and around and it’s a spiral. “Then you also have the indigenous North American point of view that people lived in a ‘long body’; they do not end where their skin ends. A person’s long body projects and involves other people and other parts of nature, so everything is happening all at once. For them it’s no surprise that you can dream about the future.

Precognitive dreams are fairly common phenomena and many people have reported experiencing them, including some famous people throughout history, like Abraham Lincoln and Mark Twain. While researching this topic I also came across some interesting information on lucid precognitive dreams – the notion that you could actually intend to see into the future by being conscious in your dream and asking questions such as: What are Saturday’s winning lottery numbers?; What will be the best performing stock tomorrow? and so on… Trying this out for yourself could help prove that it works, and would be a fun experiment at the very least.

Dreams are a mystical experience to all who have them, and I think it’s safe to say that few people aren’t at least curious about their nightly adventures.

Hi, I’m Alanna! My journey really began in 2007 when I began to question what was being presented to me, my path led me to Collective Evolution and I joined the team in 2010. Wow, has it been an incredible journey so far! I am extremely passionate about learning new information! I aim to have a voice for animals and animal rights, I also enjoy writing about health, consciousness and I am very interested in psychedelics for healing purposes! I strongly believe that knowledge is power, and the first step to creating change on this planet is by raising awareness. “If we could see the miracle of a single flower clearly, our whole life would change.” -Jack Kornfield Questions or comments? Email me alanna@collective-evolution.com