The Great Decoupling: How the West is Engineering its Own Downfall 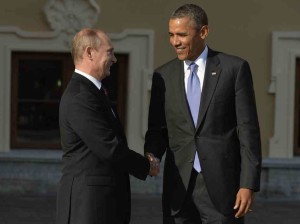 The Great Decoupling: How the West is Engineering its Own Downfall

Reports out of Moscow indicate that Russia is on the verge of signing the “holy grail” of gas deals with China. The deal between Russian state-owned gas firm Gazprom and Beijing would see as much as 38 billion cubic meters of natural gas per year flowing through the first proposed Russia-China pipeline by 2018. The agreement has apparently been in the works for years, but recent events on Moscow’s western flank (read: the Ukrainian situation) has moved the timetable on the plan up dramatically, with the last sticking point being the price. If the deal is signed next month during Putin’s state visit to China, as many analysts are speculating will happen, it will be a significant event not only economically, but geopolitically.

Given the fact that Russia, the world’s largest gas producer, and China, the world’s largest gas consumer, are neighbors it would be logical to assume that a gas pipeline between the two countries already exists. But logic and geopolitics seldom mix, and tensions between the two formerly communist countries (however one characterizes China’s current political and economic system) have remained ever since border disputes brought Moscow and Beijing to the brink of war in the 1960s. Establishing a gas link would thus be a very powerful signal of the growing understanding between the Russian bear and the Chinese dragon that their future lies more with each other than it does with a NATO-backed alliance that is increasingly encircling and isolating them.

Speaking of logic, this latest deal, if it is signed after all, would only be the logical extension of all of the moves toward cooperation between Russia, China and their ex-Soviet satellites that we’ve been seeing in recent years.

There’s the rise of the Shanghai Cooperation Organization. The “SCO” encompasses China, Kazakhstan, Kyrgyzstan, Russia, Tajikistan and Uzbekistan, with Afghanistan, India, Iran, Mongolia and Pakistan waiting in the wings as observer nations, and Belarus, Sri Lanka and Turkey as “dialogue partners.” Originally the “Shanghai Five” of signatories to the 1996 Treaty on Deepening Military Trust in Border Regions, the group has gone on to deepen their military, intelligence and security ties, staging joint military exercises since 2003 and China-Russia war games since 2005. They are also coordinating on security matters, including a 2004 agreement on a Regional Antiterrorism Structure and the 2006 cooperation agreement with CSTO, the NATO counterbalance in the region.

There’s the rise of the BRICS. From a theoretical construct in an economic paper in 2001 to a very real political association with annual summits and ministers meetings today, the rise of the BRICS grouping in the past decade has been undeniable. Although the days of double digit growth and “taking over the world” reports are now a thing of the past, the association remains important for its ability to fuse developing economies as diverse as those of Brazil, Russia, China, India and South Africa into an economic and political counterbalance to the so-called “Washington consensus” of the World Bank / IMF regime. While China is undeniably in the BRICS driver’s seat, the access that the five-nation grouping gives each other’s member nations to far-flung parts of the globe, and the ways that the members’ economies can find surprisingly symbiotic notes (like that of the relation between Brazil and China) have made it into more than the sum of its parts, and it is now looking to expand its regional influence with the creation of the BRICS development bank. 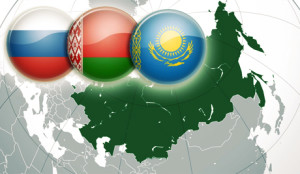 There’s the rise of the Eurasian Union. Set to come into existence on New Year’s Day 2015, the proposed economic union of Belarus, Kazakhstan and Russia has been modeled on the European Union, complete with a “Eurasian Economic Commission” based on the European Commission. The Commission will coordinate integration on customs issues, macroeconomics, energy and financial policy, labour migration and other key issues, with the end goal being a European Union-style supra-national organization very much like the EU. Armenia, Kyrgyzstan and Tajikistan are already waiting in the wings to get on board with the union, with Kyrgyzstan shutting down the U.S. Manas air base (allegedly used to ship drugs out of Afghanistan) and expanding the Russian air base that it currently hosts as a goodwill gesture.

Once again, the idea that Russia would seek closer economic, political and military cooperation with its regional neighbours is a perfectly logical and predictable outcome of the pressure that is building on Russia’s western flank from the US and NATO, not just the recent sanctions, but the years-long build-up of “ballistic missile defense” in Eastern Europe and NATO’s steady progress in swallowing up Eastern European nations. For those who are still locked in the mindset that moves on the geopolitical chessboard are essentially random, with countries scattering this way and that like billiard balls at the break, this poses a puzzling question: why would the NATO allies be backing Russia into a corner to the point that it starts engaging in these alliances? After all, the more Russia turns to its regional allies the more it weans itself and its economy off of the very system that could provide diplomatic and political pressure points for NATO to press upon when needed. In other words, why is NATO helping to push their geopolitical rivals into a closer union? Are they trying to build up their own enemy?

For those who like their answers up front, that answer is “yes.”

For those who need to see the argument before they arrive at the conclusion, there are no shortage of stories demonstrating how Russia, China, and their “resistance bloc” allies have been built up by the west in recent years.

The sanctions that have been levied against Iran in recent years have steadily driven that country into bilateral trade agreements that not only circumvent the sanctions, but help ease the country and its trading partners off their dependency on the dollar. There was the ‘gas-for-gold‘ swap between Iran and Turkey that skirted the sanctions. There was the ‘junk-for-oil‘ trade between Iran and India/China. There was the rouble-denominated bilateral agreement signed between Russia and Iran in 2012. In the long run, the west succeeded in doing damage to the Iranian economy, but they also succeeded in building up trading alliances that skirt the dollar (and weaken future sanctions regimes) altogether.

The growing naval and aerial threat of the Chinese military has US technology to thank, not only by direct military transfer (as a Lawrence Livermore National Laboratory whistleblower demonstrated the Clinton administration did in the 1990s) but by indirect (and illegal) transfers via Israel. And just last month, a congressional investigation uncovered evidence that the US government was planning to give Russia high level military technology for use in training their troops as part of the FY2015 budget, even as they were talking about tough sanctions and dire consequences for Russia’s annexation of Crimea.

The Chinese industrial juggernaut did not just spring up overnight; the infrastructure for China’s economic marvel of the last decade was laid in the decade before. In the seven years from 1994 to 2001 alone, direct investment of US-based multinational corporations in China quadraupled from $2.6 billion to $10.5 billion.

In the same time period, China rose from the 30th-largest target of US R&D investment to the 11th on the back of a doubling of US affiliates in the country. The list of companies that started major R&D activities or facilities in China in the 1990s reads like a who’s who of the CFR-nested Fortune 500 set: DuPont, Ford, General Electric, General Motors, IBM, Intel, Lucent Technologies, Microsoft, Motorola, and Rohm and Haas all had a significant stake in China by the beginning of the 21st century.

And the BRICS association that economists were wringing their hands over in previous years as a major threat to American-led western economic neoliberalism? It was actually created by Goldman Sachs, an outgrowth of a research paper that was convincing enough that it actually caused the four nations (of the then-”BRIC” grouping) to start a political process that made the paper into reality.

It seems that as we enter the world of the “new cold war” there is western backing behind every aspect of this new rivalry. And sure enough, the much-ballyhooed Cold War 2.0 is becoming a self-fulfilling prophecy. China’s decision to abstain from the UN Security Council vote on Crimea’s annexation last month was a significant turning point in and of itself. Given China’s unease over its own territorial issues (Tibet, Xinjiang), the fact that they didn’t vote for the resolution condemning a nation’s right to unilaterally secede from a country speaks volumes about China and Russia’s increasing cooperation in geopolitical matters.

The inescapable conclusion is that the NATO powers have helped to create their own enemy. They have helped to arm and fund that enemy, and then poked and prodded him into reaction. We would do well to remember the true genesis of this conflict the next time we are told about the “New Cold War.”