The GCR & RV : Exogen Update with my comments 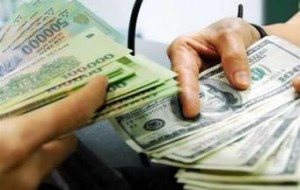 The GCR & RV : Exogen Update with my comments

I was sent this in a skype room so I do not have a link to the original post- if you know where it was posted, please feel free to repost this back to that site and send the original link to edit into this article.

I have remained silent on the “RV” stuff for a long time- mostly because there was so much bull crap and lies and ridiculousness going on that I basically said “To hell with this idiocy!!!” and I have backed away from most of my sources.

Having said that, those that I have kept in touch with have been keeping me apprized of what’s been going on in the “back rooms” so to speak. This post by EXOGEN is pretty close to the mark, and goes hand in hand with what I have been hearing for the past few months- the past 3 weeks especially. I will add my comments below Exogen’s.

PER ALL CONVERSATIONS TODAY…………..

1. IRAQ JUST HAD THE RELEASE THE RATE MEETING

2. THE RAISE THE RATE MEETING ENDED WITH SMILES AND KISSES

3. IRAQ HAS MET ALL REQUIREMENTS

Iraq had met all requirements months ago!

4. THE IMF, OTHER COUNTRIES, AND GOOD GUYS IN CONGRESS FACILITATED A JOINT GLOBAL CIRCUMVENTION OF THE USA/UST BEING IN CONTROL AND STOPPING THE RELEASE

5. THE DELAY WAS TIED TO THE DEVALUATION OF THE USD &amp; COUNTRIES NOT WANTING FIAT CURRENCY ANYMORE

Yes, although there is a LOT more too it than just the dollar revaluing DOWN and getting rid of the perceived “fiat currencies” and moving to “backed” currencies. POWER is worth more than money.

6. MANY SKR’S DONE ILLEGALLY WILL BE CLAWED BACK

Yes. And many who’ve already “cashed in” will also be loosing their accounts.

7. #WE THE PEOPLE HAD A MAJOR IMPACT ON THE GENERAL PUBLIC RELEASE

8. THE BANKS HAD NO INTENTION OF DOING A GENERAL PUBLIC EXCHANGE

Yes- that is what they were trying to do.

9. THE USA IS NOW LAST ON THE LIST FOR RELEASE, ALONG WITH USA ALLIANCES WHO BLOCKED

I cannot confirm this, but don’t even slightly doubt it.

10. THE USA/UST HAD A PRIVATE PLACEMENT DEAL AND CONTRACT AND THAT IS HOW ILLEGAL SKR’S WERE ISSUED AND LOANS, LINES OF CREDIT, POF’S, GFR’S, SBLC’S, LOC’S, VOD’S, VOF’S, AND OTHER INSTRUMENTS WERE LEVERAGED BY USA BANKS FOR ELITE AS BANK MADE MONEY VIA BANK INSTRUMENTS WITH NO FOREX OR CBI RATES VISBILE

11. THE PEOPLE WHO SAW FOREX EXECUTIVE SCREENS WATCHED ALL OF THISM ALONG WITH BANKERS WHO DID THE ILLEGAL LOANS ON THE SKR’S AND ISSUED ILLEGAL GFR’S

The big boys have been playing with those SKRs etc… for MONTHS- I’ve written about that several times.

12. THE GLOBAL IRAQ BONDS WERE SOLD BEFORE THEY WERE EVEN OFFERED AND ISSUED

14. MANY BANKERS DYING KNEW TOO MUCH, TURNED ON EACH OTHER, BECAME A RISK, AND WERE ABOUT TO BE EXPOSED AND WERE ABOUT TO EXPOSE ALL THE CURRENCY MANIPULATION THEY DID GLOBAL FOR SELECT CLIENTS AND THEIR COMPANY BOOKS

murders and suicides. Many forex based traders will be doing some hard time for the currency manipulations that they have perpetuated and pushed. And others in Banking and Financial industries- the PANIC began back in November

15. THE NEW REPUBLIC STUFF YOU HEAR IS REAL

This is a MOOT point. NO country wants US Debt, lol!!! ALL perceived “National Debts” do NOT EXIST. They never did exist. That is the FRAUD that has been perpetuated on the people! NO DEBTS EXIST!!

17. THE FX PROBE WAS THE GLOBAL STING OPERATION VATICAN INCLUDED

It actually goes deeper than that- LIBOR was part of the set up to mandate an “investigation” into FOREX trading, which was a set up to giving them the excuse to make the arrests.

18. THE USA HAS NOW BEEN FORCED TO ELIMINATE FIAT CURRENCY AND RETURN TO GOLD BACKED ASSET BASED CURRENCY

19. CURRENCY WILL NOW BE BACKED WITH NATURAL RESOURCES

People would do very well to research what is classified as “natural resources” …. (it’s not trees)

20. FRACTIONAL BANKING AND DERIVATIVES ARE ABOUT TO BE HISTORY

21. THE CABAL THINGS YOU HEAR ARE FACTS ABOUT GLOBAL CONTROL OF A MONETARY SYSTEM

Yes, but again, there is a lot more to it than just controlling a monetary system. Control of the monetary systems could not be achieved without control of the “central banks”, the perceived governments (corporations), the “commercial” banking system, the religious organizations/corporations, the media, the Education system, and All science and technology… just to name a few aspects. THIS is the FRAUD. Will we be told the TRUTH? Again, fingers crossed.

Global markets are crashing from a fiat currency that was set up to run wild in derivatives and leveraging and crash the system. Every aspect of banking from the top down is build on various levels of fraud, connected in all parts to the lie of “fiat currency”.

23. THERE REALLY ARE GOOD GUYS &amp; BAD GUYS AND GOOD AND EVIL

24. THERE WAS EVEN A PLAN ON THE TABLE TO CHANGE EXECUTIVE ORDER 13303

I would ask people to seriously READ and RESEARCH Executive order 13303- this was never put into place to help the Iraqi people nor those who have IQD to exchange!!!! Please read the fine print!!!!

From Wikipedia, the free encyclopedia

Executive Order 13303 was issued on May 22, 2003 by United States President George W. Bush to protect the Development Fund for Iraq for the rebuilding of Iraq from any legal attachments or liens. Further, it protects Iraqi oil products and interests and ownership by US persons (defined to include US corporations) from attachment as well. Executive Order 13303 also terminates sanctions specified in EO 12722, EO 12724, EO 13290, as it applies to the development fund. In effect, EO 13303 provides an extraordinarily broad legal shield for any and all contractors and mercenaries working in Iraq on behalf of US corporations in any oil related enterprise.

25. BANKS DID DAILY TRANSACTIONS, EXCHANGES, LOANS, BY MANIPULATING THE SCREENS AND CUTTING THE SYSTEM ON AND OFF USING LIVE, ADMINISTRATIVE HOLDS, HOLD PENDING, TESTING, AND PRODUCTION BACK BANK SCREEN FUNCTIONALITY AND DO TRANSATIONS

Again, I have been writing about this since last June. We have watched as the exchange rates have bounced- sometimes over 1000% over night, to fall back to normal rates as soon as banks open. THIS is the highest level of fraud that has been perpetuated by the Federal Reserve and the Banking Cartel and their Controllers.

26. BANKS HAVE BEEN EXCHANGING IQD SINCE LAST YEAR AND GIVING LOANS TO CORPORATIONS, ELITE, ETC BASED ON IQD WHICH IS ILLEGAL

Yep! It’s actually been happening for almost a year and a half. Hence the mass gatherings in Reno and various other cities. And the “guilty” parties are not just the banks. Some of those pushing the “special groups” that have been taken through are just as guilty…. and will be charged accordingly. Those NDAs are not just scribbles on paper!!

27. THE WORLD GOT TIRED OF THE USA DELAYS TIED TO BUSINESS FAVOR AND POLITICAL GAINS &amp; A CORRUPT GLOBAL SYSTEM

29. THE DELAYS WERE ALL ABOUT CLASS WARFARE AND NOT WANTING TO EMPOWER THE POOR AND CHANGE THE GAPS OF MIDDLE CLASS, POOR AND ELITE, TO THE 1% RICH AND ELITE

Yes, but again, there is a LOT more to controlling the “rich &amp; poor” than just financial power- this “power” struggle goes much higher than what the “Dinar” community believes.

31. THE VOICE OF IQD LAND WAS HEARD

32. THE GURU WARS WERE DESIGNED AND ENGINEERED TO DIVIDE IQD LAND

“Gurus” paid by various agencies to pump disinfo and to feed false info to other Guru’s who were working with other agencies/countries to dirty the water. All done very publicly. Don’t worry, the “good guys” know who all the paid stooges are.

33. THERE ARE STILL TRICKS AND TRAPS, AND BAITS AND SWITCHES IN PLACE AT EXCHANGE

YES!!!! I will repeat this again for the 1 millionth time: DO NOT GIVE YOUR DINAR OR DONG TO ANY GROUP OR “GURU” OR PERSON!!!! These scams are STILL ongoing!!!! THERE ARE NO EARLY CASH OUT GROUPS! THERE ARE NO GROUPS THAT WILL GET PAID BEFORE THE INTERNATIONAL RELEASE. Those that have fallen for this line will not be getting anything before any other person and those that HAVE received early “cashouts” are most likely going to have it all clawed back.

I do NOT have confirmation of this in the US., BUT it has been live on bank screens in the US before…

35. THE ENTIRE PLANET IS NOW ON HIGH ALERT FOR THE G.C.R. RELEASE

That is what I am hearing.

36. THE FEDERAL RESERVE PURCHASED MORTGAGES TO EVOLVE TO GLOBAL LAND LORD AS PART OF THE TRANSITION AND THAT IS WHY THEY PURCHASED HUNDREDS OF BILLIONS IN MORTGAGES MONTHLY

This is part of the fraud that has been perpetuated. Those mortgages never existed in the first place. The Federal Reserve is buying Monopoly bonds with Monopoly money through a Monopoly banking system. There is a very good reason that China dumped US bonds: They are worthless and the paper they are “printing” (snort) is worthless. The Federal Reserve is buying their own bonds with their own perceived “currency”- that is like me writing you an IOU for a basket of apples and then paying the IOU off with “money” that I drew on some paper with a crayon. QE is no more than a cheap parlor trick that was done to perpetuate the myth of “economic recovery” to the people. Every aspect of the Federal Reserve “bank” and the IRS (I’m not going to even get into “governments”) is completely Fraudulent and ILLEGAL.

37. THERE ARE GOOD GUYS AND BAD GUYS EVERYWHERE

38. THE USD IS NO LONGER WANTED AS THE RESERVE CURRENCY OF THE WORLD

That is why so many countries are now using their own currency to trade with other countries. the US dollar was history almost 2 years ago.

39. THE PETRO DOLLAR MONOPOLY IS ABOUT TO BE HISTORY

It already IS history- see above

THE VOICE OF IQD LAND MADE CHANGE

#WE THE PEOPLE MADE CHANGE

We shall see, won’t we? I have said for a year now that the Global Currency Revaluation and “RV” will be the greatest contrast ever seen. The truth of what “Value” is and the truth behind the basis of the “New” financial system that they are trying to put into place is what needs to be SEEN.

Exogen is right- there are a LOT of people working feverishly to make all these things VISABLE- some of them might actually surprise you.

Sending Peace and Love to Pete- you are so missed little brother!!!