The Forbidden Vitamin B15

The Forbidden Vitamin B15 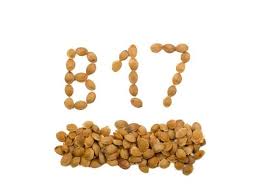 Wouldn’t you like to know that two of the B-Complex vitamins help in the prevention of Fibromyalgia and support recovery from alcohol and drug addiction? All other animals instinctively know vitamins B15 and B17 are nature’s cancer prevention. Humans can get these two vitamins from food, but they are outlawed in the United States when sold in the B-Complex vitamin supplement, and are not included in any manufactured foods.

Vitamin B15, also known as Pangamic Acid, is a controversial vitamin in America, and has been removed from the B-Complex supplements. Pangamic Acid is not available in the USA because the FDA took Pangamic Acid products off the market over two decades ago. However the FDA has been monitoring the wide range of medical conditions treated with B15 in other countries.

Russia has been the most progressive country using B15, believing it to be a very important nutrient treating a multitude of symptoms and diseases. Russian scientists have shown Pangamic Acid supplementation can reduce the buildup of lactic acid in athletes, and, thereby, lessen muscle fatigue and increase endurance. Hum, do you think this vitamin might assist with Fibromyalgia?

B15 helps in the formation of specific amino acids such as methionine. It plays a role in the oxidation of glucose in cell respiration. Like vitamin E, it acts as an antioxidant helping to lengthen cell life through its protection from oxidation. Pangamic Acid mildly stimulates the endocrine and nervous systems, and by enhancing liver function, it helps in the detoxification process.

B15 has been shown to lower blood cholesterol, improve circulation and general oxygenation of cells and tissues, and is helpful for arteriosclerosis and hypertension – some of America’s most common diseases.

In Europe, vitamin B15 has been used to treat premature aging because of both its circulatory stimulus and its antioxidant effects. It helps protect the body from pollutants, especially carbon monoxide. Pangamic acid (and possibly DMG) offers support for anyone living in a large polluted city or under high-stress.

As previously mentioned, in Russia, Pangamic Acid is used in treating alcohol dependency and is believed to reduce alcohol cravings. It has been reported to diminish hangovers. B15 has also been used to treat fatigue, as well as asthma and rheumatism, and it even has some anti-allergic properties. Some child psychiatrists have reported good results using Pangamic Acid with emotionally disturbed children; it is used to stimulate their speaking ability and related mental functions. B15 may also be a helpful nutrient for autism, but more precise research is needed.

It is currently illegal to distribute B15 in the United States, though it was used as a supplement for some time through the 1970s. The most common form of Pangamic Acid is calcium pangamate, but it appears as dimethyl glycine (DMG), the active component hailed in Russia. Pangamic Acid, or DMG, is often taken with vitamin E and vitamin A. A common amount of DMG is 50-100 mg. taken twice daily, usually with breakfast and dinner. This level of intake may improve general energy levels, support the immune system, and reduce alcohol cravings, making it very helpful in moderating chronic alcohol problems.

For more information on vitamin B15, visit The Richardson Cancer Prevention Diet.