And in this case, it’s also a supermoon, a full moon that arrives when the Moon is at or near the part of its orbit that’s closest to Earth.

The difference between a supermoon and a regular full moon isn’t always easy to tell – though if you could put a supermoon next to a micromoon, a full moon at the part of its orbit furthest from Earth, you’d see it.

But looking up to observe our celestial companion is worth it, and a supermoon (or another full moon) is as good an occasion as any to check it out.

This event is made a bit more special by the fact that this supermoon is one of three occurring in a row. The first appeared on December 3, this one is on January 1, and we’ll see the third on January 31.

And as a NASA post on the “supermoon trilogy” explains, the one on January 31 will definitely be worth seeing. 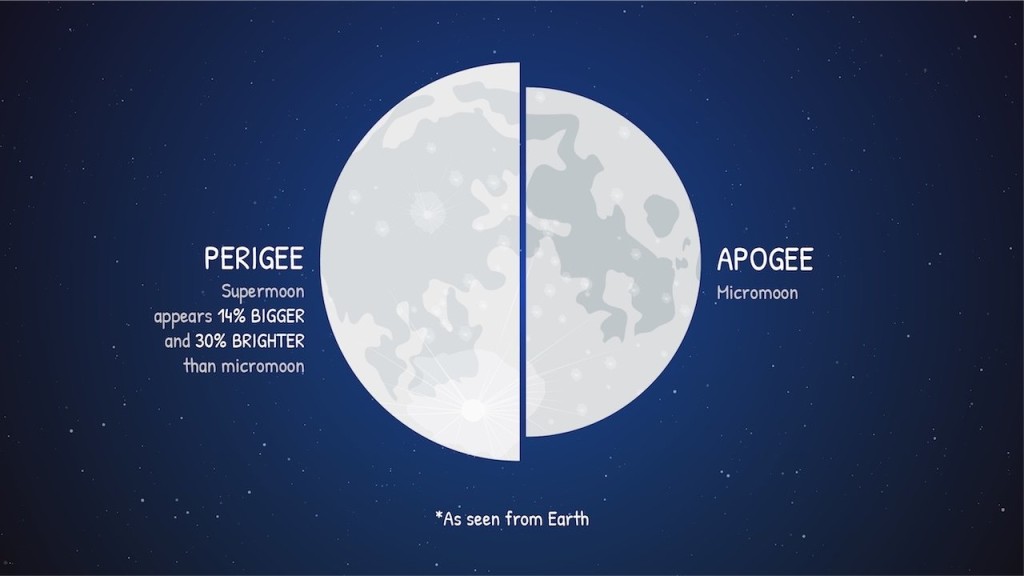 A second full moon to appear in a month – like the one on January 31 – is called a blue moon. They happen about once every two and a half years.

But NASA says that “super blue moon” will also feature a total lunar eclipse, or when the Moon lines up so that the Earth blocks the sun’s light we see reflected in the Moon. These happen about twice a year.

As NASA explains it: “The Moon will lose its brightness and take on an eerie, fainter-than-normal glow from the scant sunlight that makes its way through Earth’s atmosphere. Often cast in a reddish hue because of the way the atmosphere bends the light, totally eclipsed Moons are sometimes called ‘blood moons.'”

“The lunar eclipse on January 31 will be visible during moonset,” said Noah Petro, a research scientist at NASA’s Goddard Space Flight Center.

“Folks in the eastern United States, where the eclipse will be partial, will have to get up in the morning to see it.”

And these occasions all serve to remind us of one thing, Petro says: The Moon is pretty cool and worth looking at, no matter what.

“The supermoons are a great opportunity for people to start looking at the Moon,” he said, “not just that once, but every chance they have!”

This article was originally published by Business Insider.