#UNIVERSALCLEANUP: The Fed’s Cure Risks Being Worse Than the Disease 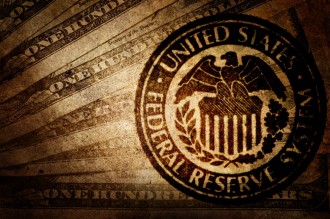 …all is perfect and perfectly done…and the “fed” data presented by bloomberg is not as it appears…a particular law was passed in 2014 [H.R. 4310 (112th): National Defense Authorization Act for Fiscal Year 2013 … Sec. 1078. Dissemination abroad of information about the United States.] (UK did their version too) that made it legal for the US to present false information, false data, false events, propaganda, etc…the reasons for passing it, and those in support of it at the time (same as those attempting to pass laws that are in par with China’s “no reincarnating without prior government approval” [“stay act”]) are experiencing its true purpose NOW…and coupled with the protection of essentially taking all fictional and juristic entities, persons, etc., under the “umbrella of protection” the finale was done and the compassion, heartitude, and more is brilliant!!!!!!!!!!…All just finished final preparation for all final results every “where” to be made visible NOW…

Light scenarios come to the forefront

I am excited for all to see the beyond-measure brilliance, heartitude, and compassion done by all, for all, with all…no one was left behind 😉

Congratulations, gratitude, love, and celebrations to All, by All, with All!

Love You.
Love All.

The Fed’s Cure Risks Being Worse Than the Disease
by Jim Bianco, published on Bloomberg, on March 27, 2020

(Bloomberg Opinion) — The economic debate of the day centers on whether the cure of an economic shutdown is worse than the disease of the virus. Similarly, we need to ask if the cure of the Federal Reserve getting so deeply into corporate bonds, asset-backed securities, commercial paper, and exchange-traded funds is worse than the disease seizing financial markets. It may be.

In just these past few weeks, the Fed has cut rates by 150 basis points to near zero and run through its entire 2008 crisis handbook. That wasn’t enough to calm markets, though — so the central bank also announced $1 trillion a day in repurchase agreements and unlimited quantitative easing, which includes a hard-to-understand $625 billion of bond buying a week going forward. At this rate, the Fed will own two-thirds of the Treasury market in a year.

But it’s the alphabet soup of new programs that deserve special consideration, as they could have profound long-term consequences for the functioning of the Fed and the allocation of capital in financial markets. Specifically, these are:

To put it bluntly, the Fed isn’t allowed to do any of this. The central bank is only allowed to purchase or lend against securities that have government guarantee. This includes Treasury securities, agency mortgage-backed securities and the debt issued by Fannie Mae and Freddie Mac. An argument can be made that can also include municipal securities, but nothing in the laundry list above.

So how can they do this? The Fed will finance a special purpose vehicle (SPV) for each acronym to conduct these operations. The Treasury, using the Exchange Stabilization Fund, will make an equity investment in each SPV and be in a “first loss” position. What does this mean? In essence, the Treasury, not the Fed, is buying all these securities and backstopping of loans; the Fed is acting as banker and providing financing. The Fed hired BlackRock Inc. to purchase these securities and handle the administration of the SPVs on behalf of the owner, the Treasury.

In other words, the federal government is nationalizing large swaths of the financial markets. The Fed is providing the money to do it. BlackRock will be doing the trades.

This scheme essentially merges the Fed and Treasury into one organization. So, meet your new Fed chairman, Donald J. Trump.

In 2008 when something similar was done, it was on a smaller scale. Since few understood it, the Bush and Obama administrations ceded total control of those acronym programs to then-Fed Chairman Ben Bernanke. He unwound them at the first available opportunity. But now, 12 years later, we have a much better understanding of how they work. And we have a president who has made it very clear how displeased he is that central bankers haven’t used their considerable power to force the Dow Jones Industrial Average at least 10,000 points higher, something he has complained about many times before the pandemic hit.

When the Fed was rightly alarmed by the current dysfunction in the fixed-income markets, they felt they needed to act. This was the correct thought. But, to get the authority to stabilize these “private” markets, central bankers needed the Treasury to agree to nationalize (own) them so they could provide the funds to do it.

In effect, the Fed is giving the Treasury access to its printing press. This means that, in the extreme, the administration would be free to use its control, not the Fed’s control, of these SPVs to instruct the Fed to print more money so it could buy securities and hand out loans in an effort to ramp financial markets higher going into the election. Why stop there? Should Trump win re-election, he could try to use these SPVs to get those 10,000 Dow Jones points he feels the Fed has denied everyone.

If these acronym programs were abused as I describe, they might indeed force markets higher than valuation warrants. But it would come with a heavy price. Investors would be deprived of the necessary market signals that freely traded capital markets offer to aid in the efficient allocation of capital. Malinvestment would be rampant. It also could force private sector players to leave as the government’s heavy hand makes operating in “controlled” markets uneconomic. This has already occurred in the U.S. federal funds market and the government bond market in Japan.

This column does not necessarily reflect the opinion of Bloomberg LP and its owners.

Jim Bianco is the President and founder of Bianco Research, a provider of data-driven insights into the global economy and financial markets. He may have a stake in the areas he writes about.

For more articles like this, please visit us at bloomberg.com/opinion

Subscribe now to stay ahead with the most trusted business news source.

1 Comment to “ #UNIVERSALCLEANUP: The Fed’s Cure Risks Being Worse Than the Disease”