The Fallacy of the Guru 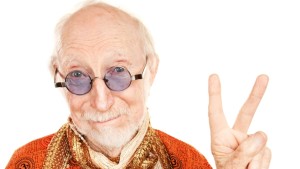 The Fallacy of the Guru

The past couple of weeks have been full of references to gurus and the guru-disciple relationship. What is a guru, if such a thing exists? The definition in the Oxford Dictionary states a guru is ‘a Hindu spiritual teacher’ or ‘an influential teacher or popular expert’ (from the Oxford Dictionary, accessed 25 July 2013). These are the people that so many seekers flock to go and see, spending their time and money to attain enlightenment through the guru’s guidance. They’ve been around for centuries, and modern versions are springing up everywhere, insisting that their ‘seven steps to enlightenment’ program avoids the pain of ____whatever it is you’re wishing to avoid_______.

The concept of a guru is troubling, not only because there are gurus the world over who use their perceived power and influence to engage in abusive behaviors that soothe their own damaged selves in a multitude of ways. It is troubling because in looking for someone else to ‘give’ you enlightenment, the whole concept of enlightenment has been lost. The word contains the answers: the act of lightening the load, and seeking the light (ness) that dwells on the other side of the challenges.

Enlightenment is attained through the process of diving into the troubled waters of Self, to discover the blocks and beliefs that keep you from attaining your highest, brightest version of you, and following the cues to the light at the other side.

There’s a disturbing pattern of instant gratification underlying the whole guru phenomenon. Many people have become accustomed to a life in which it’s possible to purchase anything, so why not enlightenment? You can buy a ticket to the three-day workshop, the guru’s homeland or the retreat; you can listen as they explain that the way to happiness is through the simple process described in their book or course, and then you are lulled into a feeling of ease by their amazing charisma and magnetism, their apparent peace and positivity. It’s too easy to feel that you can have that by reading their words and rationalising the journey to enlightenment.

So many of us have been trained from a very early age to put our own knowing aside in favour of others (i.e. authority). We seek approval from parents and teachers by adhering closely to what we are taught, and those who excel are rewarded with prizes and accolades. It is this mindset that has indoctrinated us into thinking that we are incapable of finding the way ourselves. There must be an answer somewhere out there, and *that guy* has done it, so maybe his way is the right way. There is no one right way, nor is there any secret key to a happy life. It is a choice, in every moment, to act according to your own soul’s deepest needs and desires. And it’s not easy – don’t buy into the idea that a week-long retreat can ‘give’ you happiness if you are not able (or willing) to seek the truth of that experience within you, on your own terms.

There is no doubt that some gurus mean well and have pure intentions. It is in the elevation of any (human) being to guru status (in ANY religion or institution) that things become distorted. It plays into the distorted. Masculine paradigm of power over, of putting authority in a figure/system/institution/etc outside of yourself. We are all from the same Source, and have the capacity to tap into that Source to guide us at every moment. In giving someone else power, you are disempowering yourself, and the guru, in the process.

How so? You disempower yourself in believing that the guru holds the key to something you have access to without them, and you disempower the guru by allowing him/her to believe that they need a disciple in order to be all of who they are. It’s a lose-lose situation!

The journey to enlightenment is a very personal, inner-guided one that involves letting go of your own belief systems that are impeding your forward movement. No one can remove the blocks for you; no one being, entity or institution has the answers you seek; nothing outside of yourself has a greater capacity for helping you to find enlightenment than you.

Here’s where the missing piece comes in: how do you make someone else’s words and wisdom work for you? How do you live into the mindset of someone else, while your own experiences and belief patterns have a lifelong hold over you? (Remember too, that the guru in human form is also vulnerable to the way in which ego and experience colour his/her perceptions).

It feels easy for the weekend or the month-long retreat to seem like it’s working, but when you return to your daily life and meet head-on the same things you’ve struggled with on a daily basis for the past ___ years, it’s a different story. You can read and study the tenets and teachings of another until you’re blue in the face, but that is no guarantee you will become enlightened. You can quote as many teachers as you like and try to make their teachings fit your life’s experiences, but you will be no closer to attaining a sense of freedom and connection to Source without the missing link.

That missing link is the heart. Until and unless you can feel the truth of the understanding in your heart, you will not be free of the burdens you carry. No one can make that connection happen for you. The way to your heart is to open it up to the feelings you have avoided through the process of ‘rational enlightenment’ and allow them to flow. Don’t attach anything to the expression of them: emotions are not ‘positive,’ ‘negative,’ or any other modifier used to describe them. They are energy in motion, and open up a channel for us to connect to the truth within us. They are right there, inside us all, just waiting to be acknowledged. Take that first step today and greet your own inner guru – there’s none wiser to be found.

4 Comments to “ The Fallacy of the Guru”