by Robert Gore, published on Straighline Logic, on February 24, 2018 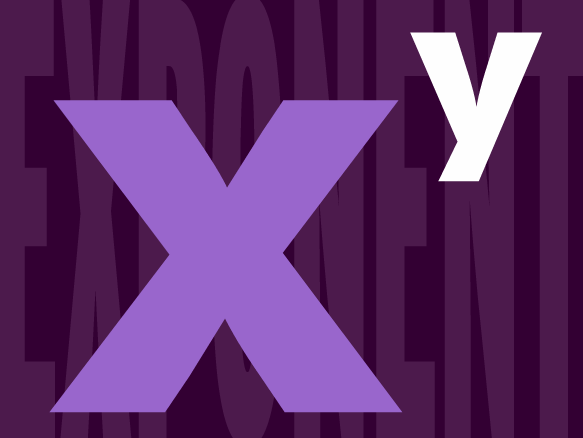 Most people find managing their own affairs sufficiently challenging. Earning a living, establishing a family, rearing children, saving for college and retirement, and dealing with illness and aging fill the days and leave little time, attention, or energy to manage someone else’s affairs.

A hypothesis: the effort required to run other people’s lives is an exponential function. If X is the sum total of everything required to run your life; running two lives is X squared; three lives is X cubed, and so on. Call it the exponent problem. For partial verification, try running someone else’s life for a day or two. See it how it works out for you and the other person.

Why do governments fail? Government is someone imposing rules on someone else, and backing them up with repression, fraud, and violence when necessary. The governed always outnumber those governing, which means the latter face the exponent problem. In the US, there are around 22 million employed by the government, and let’s add in another million who actively influence it. The US population is around 323 million, so there are 23 million rulers to 300 million ruled, or about 13 ruled per ruler. How fitting, like the 13 original colonies!

Whatever amount X of time, energy, money, attention, and other resources the rulers expend on their own lives, they must expend that X to the thirteenth power to “govern” the ruled. If X could actually be quantified and it was only 2, it would still take 8192 times the effort to rule the US as it does for the rulers to govern their own lives. Those are just illustrative numbers, but you get the picture.

No wonder rulers use repression, fraud, and violence. They’re overwhelmed by the exponent problem. On its best days governance is a comic proposition, on its worst, a tragic and terrible one. A farce, but in its own way tragic and terrible, is preceding the ultimately tragic and terrible outcome of the US government’s efforts to govern every aspect of its constituents’ lives and exercise power over what it considers its global domain.

Robert Mueller’s Russian indictments scream Keystone investigation. The indictments of out-of-reach Russians are a tacit admission that Mueller has nothing on the Trump campaign’s alleged collusion with Russia. They are a laughable attempt to divert attention from evident criminality by the Clintons, their foundation, Barack Obama, and members of the Department of Justice, the State Department, the FBI and the intelligence community both before and after Trump’s victory. There are Russian angles to that apparent criminality, which Mueller has shown little willingness to investigate.

Such blatant ineptitude and corruption are to be expected from people who think they can run other people’s lives. The delusion is almost universal, a toxic cognitive cloud that has persisted throughout history and has spread over the entire planet.

The ruled usually know when their rulers are inept and corrupt. However, they often believe that somewhere else the wise and sagacious effectively govern. In the 1930s and 40s, many in Europe and America gushed over Hitler, Mussolini, and Stalin. In the 1980’s, the Japanese had the secret sauce. Liberals have long hailed Scandinavia as utopian governance.

Across the alternative media, articles extoll Russian and Chinese leadership, particularly their joint leadership of the new Silk Road, the Belt and Road Initiative (BRI). SLL has reposted some of them. Directed by Russian and Chinese bureaucrats and politicians—surely wiser and less corrupt than our own—the BRI will build transportation and communications infrastructure across Asia, the Middle East, and Europe. The Maritime Silk Road will build Indian Ocean shipping facilities.

The US government does not see this in a benign light. It’s an attempt by the our geopolitical rivals to rule Halford MacKinder’s center of the world, (see “Washington’s Great Game and Why It’s Failing,”  SLL, 6/8/15) and we can’t have that. The Eurasian land mass contains much of the world’s population, raw materials, and oil. Vital US interests are at stake. So are vital Russian and Chinese interests.

Oddly enough, the contest for the center of the world has coalesced in Syria, a country about the size of Washington state. The US, Russia, China, Saudi Arabia, Turkey, Israel, Iraq, Iran, Jordan, Qatar, Kuwait, France, and the United Kingdom, various tribal and ethnic groups, various Islamic guerrilla groups, and the government of Syria itself have all declared interests in that nation. It doesn’t even have that much oil. The situation has its darkly comic aspects and at least one satire, Prime Deceit by yours truly, has been written about it.

The situation also has its tragic and terrifying realities. On this small patch much blood has been spilled, much treasure has disappeared, and Syrian lives have been ended or upended as “interested parties” try to impose their versions of control on all or part of it. They run into the exponent problem, usually compounded by the would-be controlled’s violent resistance to the would-be controllers.

Syria is a microcosm of what analyst Richard Maybury labels Chaostan: “The area from the Arctic Ocean to the Indian Ocean, and Poland to the Pacific, plus north Africa.” An investment in Maybury’s newsletter, Early Warning Report, may be the best investment you’ll ever make. Anybody who’s followed its recommendations since its inception in 1991 has made a fortune. “Chaostan,” Maybury notes, “contains thousands of nations, tribes and ethnic groups who have hated and fought each other for centuries.” They don’t take too well to outsiders, either.

Attempts to impose order, be it US-style order or the Russian-Chinese-BRI version, confront that history and the exponent problem. We haven’t even mentioned the other exponent problem, compounding interest on the world’s mammoth and growing debt load. Imposing order takes money. Good luck, everyone, with Chaostan.

The question is not whether efforts to impose order in Chaostan will crash and burn—they will—but how low they will take humanity. Destruction of the species is a nontrivial possibility. At present, not one person in the motley coterie that governs this planet appears to understand that control is mathematically impossible. Of course, when impossible butters your bread you embrace it, and this quixotic quest for control butters a lot of bread. Just the world’s military and intelligence spending sums to trillions of dollars.

The exponent problem yields a testable hypothesis: present efforts at control, much less expanded efforts like global governance, will require increasingly unattainable amounts of energy and resources and will collapse. Another hypothesis: a system that would adapt itself to available energy and resources is the one which allows individuals to direct their own lives, i.e., freedom. There is a nontrivial possibility that hypothesis may get a test, too, but only after the first hypothesis has been confirmed.