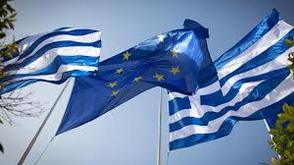 Are we finally seeing an end to the this EU experiment? Iceland kicked out the Banksters, Norway is doing fine without EU…

Greece voted with a 61% favor in OXI – NO to more austerity measures  in their referendum on the 5th of Sunday.

Just look at the threats made by the EU politician that Greece has to exit the EU-zone if they voted NO. Sweden voted “Yes” to the EU with the pre-text that it would be easier to get jobs abroad etc.. etc.. but voted “NO” to implement the currency EURO itself. Voices are getting louder about leaving this.. central government experiment.

What does the referendum actually mean? Hard to say but it has given Syriza the ruling party a mandate to continue negotiations. The Greek government  through a committe has said that the debt is illegal and IMF has also in a recent report stated that it’s not viable.

Just think about the EU as a concept for a minute! It was created to prevent war in the aftermath of WWII right? But then who’s countries leader is even willing to thinK of war as an option today? That must be an lunatic if so. The lower level of the EU-parlaiment is put there with elected officials from different countries but the top echelon of the EU is not electable!! That’s smells fishy to me and looks like dictatorship ruling!

EU-countries pays taxes to the EU that later on hands out the money to different projects. Your’e not getting back as much as you paid though. So in essence are you paying for peace?!In addition to this the central EU-government decides on domestic issues they don’t have a clue about without taking responsibility/liability for their decisions. We already have the responsibility/liability problem within each country, decision making even more far away as in the EU does not help.

Germany has been defaulting 7 time over the last hundreds of years and have gotten their debts signed off several times do you see the hipocricy?The debt is fraud cause it didn’t go  to the people but still they are screaming give our money back…

This whole charade just shows how ridiculous the EU experiment is today. At least the brave GREEK people have said no to the EU-technocrats which is an irony cause democracy was born in Greece. With the political momentum this has caused it will be interesting to see how this is played by the Troika. It’s almost like Greek is showing the way.. which is one of the reasons the technocrats are devistated..

Interesting to note is that there is a lot of provisions for countries in order to join the  EU but there is none as far as I know for exiting the “UNION” rather telling right? So is the new Phoenix “rising” BRICS coming for rescue at the end after some more can kicking down the road negotiations?